A Giant Softbox - for Free! 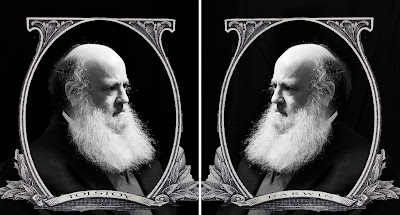 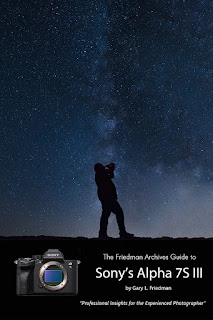 My wife and I were watching a cool movie one night entitled “Under an Arctic Sky”, where a bunch of 20-somethings went to Iceland in wintertime to surf. (Pretty amazing cinemaphotography. You can see the trailer for it here). Toward the end of the movie (and the trailer) there’s footage showing them surfing at night, in darkness, with the Northern Lights painting a picturesque backdrop. “That had to have been shot with an A7S!” I exclaimed, thoroughly annoying my wife who hates it when I talk about technical BTS stuff during a movie.  “That’s the only camera sensitive enough to shoot useable footage in such low light!!”  Sure enough, as the movie progressed you can see them handling the Sony gear, and at the end, you can see that Sony was actually a sponsor.  Ever since the original A7S came out, cutting-edge filmmakers have been using it to shooting things previously unshootable.  The example that really sticks in my mind is this nighttime drone shot (again, the Aurora Borealis) using the original Sony A7S and a 20mm f/1.4 lens.  There's another one called "Moonwalk", also sponsored by Sony.  Just amazing.
I bring this up as a prelude to my announcement that the long-awaited, most-thorough-book on the Sony A7S III is now out!  (It would have been out sooner had Adobe not moved all of the legacy arrows and shapes out of the shape tool in Photoshop and not told anybody.)  All of the new menus, all of the new video modes, even the new HEIF files are all explained, in 703 pages of insane technical (yet completely understandable) detail.  Get your copy now, available in .pdf, .epub, .azw3, and printed versions!!
Other e-book announcements:
Read more »
at March 20, 2021 6 comments: