My Worst Trip Ever 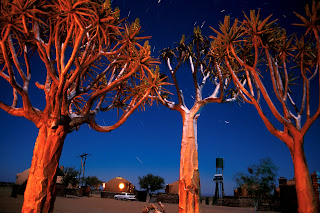 My Worst Trip Ever

Lots of people ask me “Where’s your favorite travel destination to take pictures?”.  (To which I usually give my standard but truthful answer, “Wherever I am!”)  But nobody ever asks me, “Hey, Gary, where’s the WORST place you’ve ever traveled to?”

Well; I’ll tell you anyway.  It was Namibia.  In the middle of the African continent.  And my negative experience had more to do with me than it did with the country I was in.  Let me explain...


I was there in 1997 as part of a cadre of photographers there at the invitation of the Namibian government.  Their goal at the time was to increase tourism, which meant publishing travel brochures, which meant getting lots of professional-level photos to include in those brochures.  So the trip was heavily subsidized – hotel and food were paid for by the Government; all I had to do was get myself there.  If any of my images were chosen for publication, I’d get my standard rate.  (And if not, then at least I got a subsidized trip so I could pad my portfolio.) 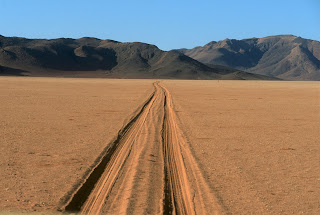 Namibia is actually a beautiful country, and like any African nation you have to develop an appreciation for what it offers.  But at the time I didn't think highly of the country at all.  My first jarring realization was that Namibia was run almost completely by the Germans.  (Still is!)  German companies owned the diamond mines; they owned most of the major businesses, they heavily influenced the local education, and they seemed to do their best to suppress the native culture.  The politicians were all German, as was the food served at the hotels.  The entire trip I kept thinking to myself, “How dare they rape another country and treat the indigenous people like dirt!”

Lesson #1: What’s worse than being judgmental?

Lesson #2: That was a rhetorical question; the answer is “The only thing worse than being judgmental is being judgmental while imposing a foreign set of standards from another culture.   With an arrogant and self-righteous bent.”  That was me.

Not a good way to behave – either as a traveller or as an ambassador.  Even if my observations were accurate.  One of the reasons Americans have developed a bad reputation over the years is their expectation that everywhere they go will be just like America, or everything will be judged relative to what they’re used to in America.  Well, just like pixel-peeping is not a valid way to evaluate picture quality, neither is comparing other, less-well-off countries to your own, either in lifestyle, politics, or values.   It is what it is. 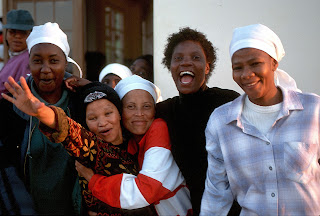 The other valuable lesson for me was the understanding that I’m responsible for my own moods – nobody else.  This lesson was a result of one of the other photographers I was traveling with – while most of them were outstanding human beings, there was one that I just didn’t get along with.  He was self-centered, verbally abusive, had a short temper, and was very demanding of the native help.  His flare-ups made me angry on several occasions and more often than not would serve to ruin the trip for me.   Had I been wiser I would have applied Lesson #3, which is “I’m in charge of my own mood – nobody else.  I will not give anyone else permission to sour my mood; if it happens then it’s my own damn fault.”  Life for me got much better once I figured that out – you just can’t give other people (especially other strangers) permission to futz with how you feel.  If they’re in a bad mood, well, I feel sorry for them, but that’s their problem and it has nothing to do with me. 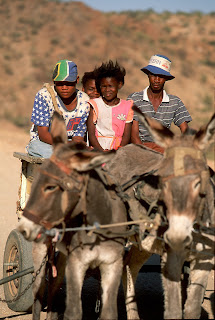 This rule can be extrapolated to, “Happiness is a choice, and I’m completely responsible for my own happiness.  My happiness cannot be conditional upon the actions of others.  If others are incompetent or in a bad mood then I feel bad for them but that has nothing to do with me.”  Another life lesson which gives me complete control.  Later I learned that all the great spiritual teachers herald this in one form or another.  Another substantial life improvement technique - and it's FREE!!! 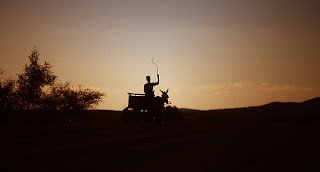 (You can see more images from that trip here: http://friedmanarchives.com/Namibia )


We are travelling!  Anyone want to meet-up for shooting?

When I was in Malaysia earlier this year I met up with a few fans and we went out shooting that day.  As I explained in my blog post at the time, there’s something about shooting with other photographers that makes the journey that much more enjoyable – we’re all there for the same reason, we were all a little more daring when it came to approaching strangers to ask permission, we all help each other out in case one needs help with lighting, and (probably most important) it’s not the kind of thing a person normally takes a day off to do by themselves.

Well, here are a few more opportunities to go shooting (at no cost to you!):

1)    I will be back in Malaysia in October, and will have just one day free for shooting (Monday, October 10th).  Wanna come?  Email me at gary at friedmanarchives dot com .

2)    Tony Phillips, one-time (and future) collaborator on the Alpha 560 / 580 book, will be traveling to Rome, London, and Singapore during the next couple of months, and he’s looking for people to shoot with on a similarly informal basis.  (Especially if those people can take him to places that tourists just wouldn’t ordinarily get a chance to see.)  Tony’s schedule is thus:

You can email Tony directly at TonyP at phillips-group dot com.

Everyone knows what a classical head-and-shoulders portrait looks like.  But what’s an environmental portrait? 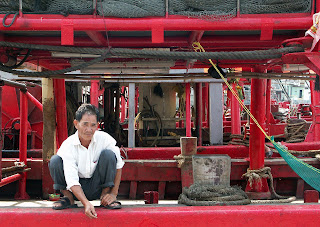 An environmental portrait is designed to tell the story of the person being photographed in one shot, portraying him / her in the environment in which they thrive.  Illustrating not only what they look like but what their life is about.  Photojournalists use this technique a lot, as does any given National Geographic photographer. 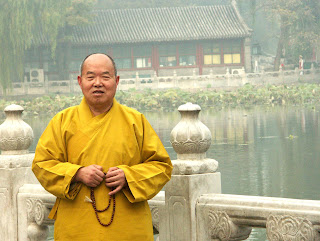 When I was in Ottawa a few weeks ago I had the pleasure of spending some time with a very talented glass blower in Pakenham named Chris Van Zanten.  He does amazing work, and I wanted to thank him for his time and generousness of information (explaining just how he achieved his unique effects) by taking an environmental portrait of him.  And nothing makes a portrait more dramatic than really good light. :-) In this case I pulled out my wireless flash.

First I started with just a plain picture of him in his workshop using ambient light.  (More for instructional purposes than anything else – this way you’ll be able to see a huge difference between “before” and “after”.) 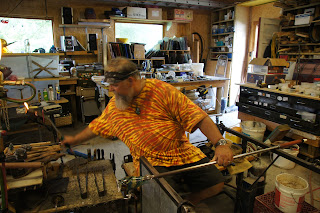 Then I put the camera into manual exposure mode and set my f/stop and shutter speed in such a way that the ambient background would be underexposed by about one stop. 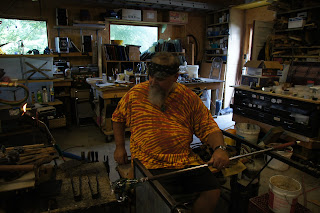 Once I had that, out came the wireless flash and I had my wife hold it to the right.  It took two tries before I got the position right.  For all of these shots, the flash was set to TTL – that is, the camera determined how much light to output all on its own.  I didn’t have to futz with setting the output manually. 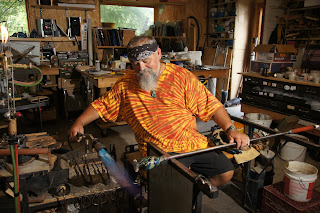 I took two poses of him – one working, and one posing in a James Bond sort of way – then our time was up and we were on our way.  (Had to go – the next day was the start of a 3-day seminar event (which went very well, by the way!)) 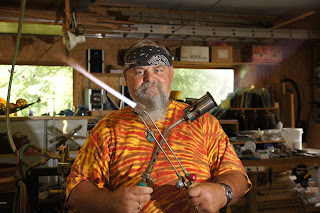 Feedback from people who have purchased my wireless flash talk video have been pretty positive.  Get your copy now before my server gets hacked into again!  http://www.friedmanarchives.com/wireless_flash/

This week will be spent updating the NEX 3 & 5 ebook to include details of the C3 and the 5N models.  Then off to Malaysia for a few days and then I'll be diving right in to the A77 book, followed as closely as I can by the NEX 7 book.  It's going to be an intense six months, folks!  I hope to have both books finished by the end of first quarter 2012.  Want to be notified of when they're finished?  Just click on the links on the www.FriedmanArchives.com homepage.