My search for a Point-and-Shoot 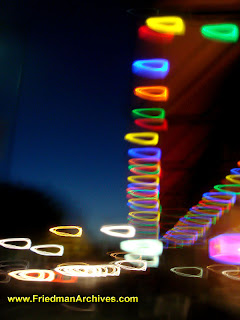 My Search for a Point-and-Shoot

I carry a point-and-shoot with me almost all the time.  My motto is "the camera you have with you is infinitely more valuable than the big, expensive one you left home because you didn't want to schlep it around."  And last May my ancient and pocketable Sony DSC-T10 died.  Well, not so much as died as the optical stabilization mechanism went haywire and it was oscillating full-tilt all the time.  (Actually I took advantage of it to get some neat nighttime images like the one above.)  Time to re-acquaint myself with the current offerings and spend way more time than I have trying to select one that's good for my needs.

But what are my needs?

Seriously, that's it!  RAW would be nice, but as a rule point-and-shoots are not for pixel peepers.  As I tell people in my seminars (more about those in a minute), if you have good light and good composition, then RAW won't matter that much and you should be able to take "Wow!" type pictures even with a pedestrian point-and-shoot.

One other thing I've discovered is that you can't just buy a camera on specs.  You have to actually use it for awhile.  And that's why it can really pay to buy from a big-box retailer with a generous return policy.  So far I've plowed through six different cameras, five of which I ended up returning for various reasons.  Let me briefly share my experiences with you here:

1) and 2)  My first approach was one of "I'm only going to shoot with good light and so I'm going to go with the most pockatable P&S I can find".  So one day I took home two to try out: The Canon Powershot Elph 300HS and the Sony DSC-W570.  And while the image quality in daylight wasn't horrible, the snapshots I took at my nephew's graduation party (mostly indoors) were just pathetic.  Both got returned within a week.

3) I always heard great things about the Lumix series of cameras, and so I thought I'd go higher-end and get their ZS10.  The image quality was great!  And it was pretty responsive.  But it really wasn't that pocketable.  (Size and image quality are eternal tradeoffs, aren't they? :-) )

And there was another issue: Shortly after I bought the Lumix dpreview.com came out with their review / comparison of six high-end travel zooms, one of which was the ZS10 that I was so pleased with.  After much details and reports of real-world usefulness they ended up ranking one camera "best" in 3/3 categories.  That camera was...

4) The Canon SX230 HS.  And since it was a little more pocketable than the Lumix I was using, I decided to return the Panasonic and bought the Canon. Big mistake.  It reminded me of the folly of relying too much on online reviews.  The problem I had was the sluggishness.  It was MUCH more sluggish than the Lumix for both focusing and zooming, and it just tended to blow out the whites a lot.  (I tested it at a family wedding that weekend - a perfect opportunity for great snapshots.  I had to permanently set the exposure compensation to -0.7 EV just to get decent shots when outdoors.)

5) What to try next?  Convinced that my values were very different from dpreview's, and because it had sweep panorama and other cool features that my bigger Sony cameras had, I sprung for the Sony HX7V (which is slightly more pocketable than the HX9V which gets all the attention).  Let me just say that while the image quality was great, the sluggishness for anything other than zooming and shooting was just abysmal.  Much worse than the Canon.  Switching between playback and shooting took 5-7 seconds.  Similar delays occurred when changing modes.  And I thought I'd be OK with that until one Halloween night when, again, I was shooting grandchildren and I missed every expression because I was waiting for the camera to do something.  My other motto is, "If a camera stresses you out, it's time to change cameras".

6) My latest camera is extremely responsive and has great image quality.  It's the Fujifilm Finepix F500 which I'm really quite happy with so far.  (Although to be fair it hasn't seen much use - I've been using my A77 and A65 for everything because I'm working feverishly on the book.)  If I still like it in a month I might return this camera too and get this camera's older brother, the Finepix F550 which offers RAW mode plus a few other features (but is not available from the big-box retailer with the generous return policy).

So this is how I've been spending my limited spare time. :-)   A part of me feels a little guilty - after all, am I not slightly abusing the retailer's generosity in order to try these cameras out?  The two answers to that question are 1) The retailer doesn't care - every returned camera gets returned to the supplier and it doesn't cost the retailer anything.  2) The retailer knows full well that this kind of policy, while it might cost some sales here or there in the short term, results in a significantly greater return in customer loyalty which will pay off with future purchases.  It's one of those small-investment-high-payoff kinds of policies.  It certainly has worked that way for me.

Evolution of the Seminars

I originally started the Friedman Archives High-Impact Photography Seminars because I got tired of seeing so much poor advice disseminated on the online discussion forums when a beginner would ask how to improve their photography.  “Start shooting in Aperture priority mode”, one person would opine.  “Learn Photoshop” blurted another.  “Examine the EXIF information of pictures you like online and see what they did!”  And the most ill-prescribed advice which I see all too often: “Shoot RAW!”

Well, that kind of advice may be well-meaning, but it's not useful to a beginner.  Never in my life have I seen a rank beginner switch to RAW (or shoot in Aperture Priority mode) and then suddenly start producing "Wow!" type images.  Clearly the secret to high-impact images must lie elsewhere.  And so I thought it was time to share the (seemingly) forgotten knowledge that all successful Kodachrome shooters knew back in the day – how to take pictures that make other people say “Wow!” with nothing more than a point-and-shoot.

I guess I was a little surprised at the response to the seminars – people LOVED it.  (Even those who had been shooting for 30 years.  Even those who had attended many other photo seminars in the past.)  It must have been a combination of revealing forgotten truths and my usual level of enthusiasm for my subject matter.  I’ve had repeat attendees when the seminar returned to a city.  I’ve had people fly in from several states away (half a world away in one case) just to attend.  Whatever I was doing, it seemed to resonate with people, regardless of the level of experience they had.

Then people started to ask for more.  “The seminars are wonderful, but there’s so much information to absorb… I wish we could have some time out in the field to reinforce what we’ve learned!”.

A reasonable request, to be sure,  But it turns out to be a tall order – this means that every city we visit will require not one but two weekends (unless a three-day weekend was at hand, which are rare) and participants would have to be free for two consecutive weekends.  I’d have to assemble a reasonably interesting walking or driving itinerary of each city without really having the benefit of being there to know what I’m planning or whether the light will be good there for that time of day.  I had to make a “Plan B” for each city in case the weather turned bad.  And for practical purposes we had to limit the number of participants in these “field workshops” to 12 people to keep the herding manageable.  This meant considerably more work.  It’s worth it, though, when you consistently hear how much people enjoy it.  The field workshops fostered a bond between participants that apparently is unusual for such photographic events.  As one attendee wrote, “As great as the seminar is, your Field Workshop is the best part of the Friedman Archives Experience!”

The seminars have been very good to me – they have brought me and my wife all over the world and allowed us to meet people with whom we would become very good friends.  Synergy occurred when I would also add to my stock photography archive on every trip.  Greatest of all is the satisfaction of knowing that there are many, many people who now have an intuitive understanding of what’s really important in photography, and the seminar has improved their images and their enjoyment of the craft forever.

Alas, I find myself with too much of a good thing.  In 2011 we conducted a total of 7 seminars in 10 months, and found ourselves traveling for 2 1/2 weeks out of every month for several consecutive months.  That's fine once in awhile, but we had too many too close together, and it has begun to take its toll.  Not enough time to write or spend time with family.  There was stress when there should have been joy.  A change is needed.

And so, we are making the painful decision of scaling back the ambitions of the Friedman Archives Seminars.  We’ll only be planning and promoting at most 4 seminars a year.  Priority will be given to to photo clubs who would like us to bring the seminars to their part of the world.  Photo clubs that have hosted the seminars in the past continue to ask us back, because of the unique way I approach the subject and the revitalization it brings to the club – even several months later.  People talk about new techniques.  Meetings see more attendance.  You get the idea.  Send me an email if you’re a member of such a photo club and would like to bring the seminar to you.

2012 will only see three seminars (Copenhagen, Durango Colorado, and London.)  (Maybe Los Angeles in the summer also if I get enough emails from people asking for it.)  And right now there are four slots available for 2013.  So let me hear from you! (Especially if you're in Australia or New Zealand. :-) )

As always, the current schedule (with links to register or register interest) can be found at FriedmanArchives.com/seminars .

Wireless flashes are just too much fun.  The image above used only two of them: one which the subject held in his right hand, and the other placed directly behind his head, creating the same halo around his head as I described last year for one of my signature shots.