Expose to the Right Revisited


Expose to the Right Revisited

Once upon a time there was an esoteric technique for reducing noise at high ISO called "Expose to the Right".  It worked like this:  You overexpose the image by about a stop or so (but not so much that you'll blow out the highlights!), and then bring the exposure back down in Photoshop.  This technique reduced the noise by about 1-2 stops' worth, which was pretty good.  Since those days, modern camera manufacturers have changed the way brightness values are represented in RAW files for efficiency, and some have claimed that this makes the ETTR technique less effective.

Is this true?  I decided to find out.
I dusted off my old Alpha 700 (12 MP, APS-C) and compared it to a modern-day A6300 (24 MP, APS-C) using the same setup and the same lens.  Since noise is always most pronounced in the dark areas of an image, I figured I'd shoot a relatively dark subject.  Three classic Minoltas should do the trick.

The first two shots were taken with the A700 using ambient light (vs. the image at the top of this post which was done with studio strobes).  ISO was set to 3200, which is the camera's highest native ISO.  The two images below were shot "straight" and with exposure compensation set to +1.3:


I opened up the RAW files, and adjusted the overexposed image.  No other adjustments (i.e., noise reduction) were performed.  Now let's look at the noise via 100% close-ups (click on the image to see it larger):

This technique was invented by the late Michael Reichmann of LuminousLandscape.com to help bring more detail in the shadows for early Canon users, for if you were to lift the curve in Photoshop to lighten the shadows, it often resulted in ugly noise and banding (yuk!).  At low ISO the technique would also result in finer gradations to allow your RAW file to be manipulated a bit more.  The reason it works has to do with the way the brightness values of the image are stored in the RAW file.  For a good tutorial of how this works, there's a good summary here.

The first thing to notice is how much lower the noise is with the newer sensor.  (Shouldn't be a surprise, really, but sometimes it's good to look back and see just how far we've come in 9 years.)  The 2nd thing to notice is that the improvement wasn't as dramatic.  Is that because the theory is right - that the technique isn't as effective as it once was with modern RAW file formats?  Or is the difference less pronounced because the noise was amazingly non-terrible to begin with?

My subjective verdict: The technique still works, and is about as effective as before.

"Isn't it better to just shoot at low ISO to begin with", you may ask?  I tried this experiment many years ago to find out.  Below is a 100% crop of a test image taken with an A100 (remember that?)

Basically, over-exposing by one stop then correcting it in post-processing results in LOWER noise than if you had just shot with one-stop less ISO in the first place.  Quite counter-intuitive.

So do I ever use this proven noise-reduction trick in real life?  No.  If my light is so bad that I have to crank up my ISO to such levels, it means also that I don't have the luxury of overexposing by a stop or more.  It's a good technique to know, but tripods coupled with low ISOs is a cleaner solution. 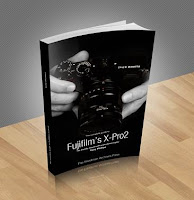 Tony Phillips' celebrated book on the X-Pro2 has been updated to version 1.1, and with it the release of the .epub and .mobi versions for e-readers!  Spread the word.  If you had purchased the .pdf file from my website, you have already been notified of the update.  If not, email me your purchase receipt and I'll take care of you.

Tony also produced a new video showing of the "Unobvious things about the X-Pro2"; and it is included near the bottom of this post.

Also, the best-selling Sony Alpha 6300 ebook is currently being translated into French by photographer / linguist Jacques Vanhorick.  Send me an email and I'll let you know when it's ready!

No seminars are being conducted this year due to another project I'm working on this summer, but I'll bring the seminars to your camera club if invited.  I'm in talks with 2 camera clubs currently, one of which the date has been set for February 2017 near Tuscon, Arizona.  It's not listed on my website, so if you want to attend, you'll have to join their club. :-) 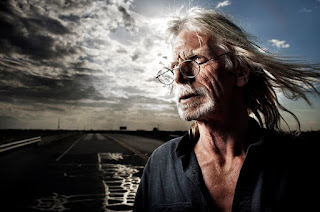 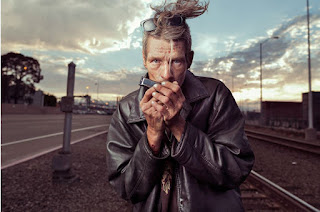 The latest issue of f2 Cameracraft is going to press as I write this.  The article I'm most excited about is the one I wrote describing Aaron Draper's glamor-lit portraits of homeless people he did across the U.S. and the impact it has had in their lives.  You can support this important collection-worthy magazine by subscribing to the print version, which offers the best printing in the business and offers a visceral experience that just can't be had on a computer screen.

And now, an announcement from the management:  In an effort to boost readership (which in turn will attract more advertisers), we have decided to make f2 Cameracraft free to read electronically after a brief embargo.  Subscribers to the print version will still get the material first, and will be the ONLY ones to gaze at the best printing in the business.  These are meant to be collector's editions after all (much like the famed Minolta Mirror publications in the days of yore), and we are working hard to ensure their status as a fine art collectable publication.

The rest of you will be able to peruse it for free a minimum of 4 weeks after the magazine hits the newsstands.  Have a look at last month's July / August 2016 issue, and feel free to share this with your friends online.  Now you have a better idea about why I enjoy working on this magazine so much!

I get a lot of flack about how dated my website looks.  I'm aware of it.  What people don't realize is that it was created in the late 1990's, back when there really weren't any good solutions out there for what I wanted to do.  And now it's so established that re-doing it will cause an unacceptable degree of disruption.

Back then most people were on dialup; and so most websites of the day were designed with the philosophy that bandwidth was expensive and mouse clicks were cheap.  I knew that was going to change and so I designed it with the opposite guiding principles: Bandwidth will be cheap, and mouse clicks will be expensive.  So my thumbnails and main images were larger that what was popular for the day, and the hierarchy was no more than three levels deep.

The primary goal of the site was to have my images found via Google Image Search and similar tools; and so static webpages were the safest way to go.  And because I have a history of building things myself when the common offerings would not meet my needs, my website was pretty much crafted by hand in HTML.

Since then I've written scripts that make adding images a 20-second affair.  The most time-consuming part is figuring out the most effective captions and keywording.  Over the years the collection has grown to over 10,000 images, most of which are NOT browsable (but can be found by keyword search).  I did this because most of my profitable images are not visually interesting (people land on the page because of a keyword match), and so those are hidden in the back.  Some examples of such shots are shown interspersed between paragraphs.  Who would have thought that my most boring images would be my best money makers?

So why haven't I updated the look and feel of the website?  Several reasons, actually:

1) IT STILL WORKS.  The primary goal of the website is have my images found by search engines so they can be licensed, and it still does this nicely.  Few people find what they're looking for by browsing.  (The same is true for Getty Images as well.)

2) There are now a gazillion external websites all linking to thousands of my images on the site.  Those links help increase my google ranking.  Replacing the website with something more modern would break all those links and reduce (if not temporarily) my search engine ranking.

3) I made the mistake of not using CSS style sheets, making it a little harder to change the entire look and feel of the site.

4) There's no ROI for having someone port everything over to a new system.

5) Hey, if I wait long enough, 1990's-looking website will be back in fashion, just like 1970's era clothing and crappy-looking instagram filters are in vogue now.  (Translation: This is the price you pay for being a pioneer.)

Recently I played around with Adobe Portfolio, which is a free online photo gallery which comes with my creative cloud subscription, but there doesn't seem to be a mechanism for keywording.  But browsing is now a more interesting experience!  Go ahead, give it a spin.  If any of you have any suggestions on a cost-effective way to upgrade or redesign the existing site, please feel free to offer suggestions in the comments.

And Now, a Word From Our Sponsor

How to shoot an Bharatanatyam Arangetram.

Until then,
Yours Truly, Gary Friedman

Want the greatest improvement in the shortest amount of time?  My seminars are the way to go - enjoy the streaming version anytime, anywhere!