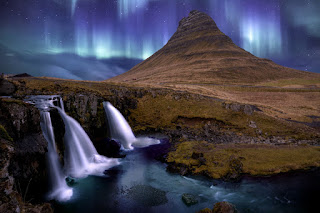 Also in this issue: Follow up on...
#NaturePorn - Epilogue

Back in March I had started a local debate about how much manipulation is too much.  On the one hand, over-processed images sell.  On the other hand, it's dishonest and can go a little too far on the continuum of snapshots and artwork.

For years I thought I had the right balance, but then a commercial software app made these kinds of over-the-top images embarrassingly easy - even those who have never taken the time to master Photoshop can crank out this level of work.  I could fill my website with crap like this, and possibly license more images.  But I wouldn't be proud of any of it.


After much thought, I believe I have found the right policy.  Rather than just tell you my answer, let me introduce you to the latest episode of the webseries "Photographers in Cars" where I'm a guest star.  I explain the problem and how Duncan Hines inspired my solution:

(Scholarly note: After we recorded this episode, I did some research and discovered that the Duncan Hines story was a myth.)  But this doesn't change the validity of my conclusions.)  (Scholarly note #2: Be sure to watch all the way to the end, where I show off some ancient photographic museum pieces.)

Last September I publicly advertised my need to search my local hard drives for a particular image that was similar to a thumbnail I had.  Apparently it's not a common problem and there are precious few programs out there designed to address this specific problem.  And most of what I tried crashed on my 8 TB dataset.  But I did find one that finally worked after working with the tech support team.

Here's what I tried, so you don't have to waste your time re-discovering the wheel:

Visipics - This program merely finds and deletes all duplicates it finds on your hard drive.  It doesn't let you feed it a specific image to find.

Visual Similarity Duplicate Image Finder - after scanning for nearly a week (at high CPU load), it finally crashed at 48%.  (Told it to index only 2 of my 3 drives.)  After contacting technical support, I was told to set the Cache to "No cache" and lo and behold it searched my entire data set in less than a day.

Even more impressive is what I gave it to work with:


This was with a similarity set to 68%.  This is now my go-to image finding software.  All I need to do is set aside a full day for it to complete its search.

Back in 2016 I talked about how there could be a solution to the current ill-informed encryption debate - that you could encrypt private information (on a smartphone, for instance) yet still provide for law enforcement's legitimate needs without having to build a "back door" which could be exploited by bad actors.  Although others have echoed my case (see the bottom of this follow-up blog post from 2017), the proposed solution seems to have fallen on deaf ears.  Even my personal message to the deputy director of the FBI, who has publicly called for a balanced solution like the kind I proposed, has gone unanswered.

This is another instance of "ideas do not catch on by merit alone".  I say this because someone else with more street cred than an overeducated photographer has been evangelizing this very idea, and taking it on the road and presenting it to "all the right people".  You can read much more about him in this article from wired.com.

Another article exposing the same ideas has been published in Techcrunch as well.

Once again, my ideas have been vindicated.  But what good is being able to solve problems if those solutions fall on deaf ears? 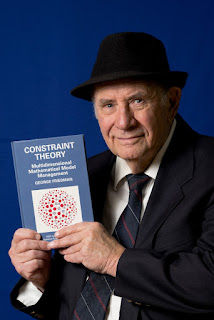 Last September I talked about the milestone of getting the 2nd edition of my Father's book on Constraint Theory out the door, despite him having Alzheimers and didn't remember much about his theory by that time.

A part of the story I didn't tell you was that five years prior, my father received a visit from a "mini-fan club" - 3 engineers from Bosch in Germany who had read his book, and loved the theory so much they started to implement it in software.  My Dad, his graduate student, and I were all impressed.

Fast forward to today - the software we were shown is now a commercial product, and being sold as a systems engineering tool to auto manufacturers around the world!

Here's a link to a quick youtube video showing you how the software works.


You can learn more about the software (and order a copy for your company!) here.

Unlike most thinkers, my father's ideas have been recognized and acted upon within his lifetime.  I can't think of anything more gratifying.

NASA scientists have finally combined the world's two best foods - chocolate and bacon - together at last!  I thought I would document this milestone Father's Day gift before taking a first bite. 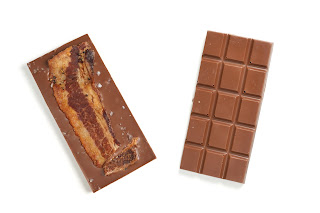