Which Camera Has The Best "Color Science"?

Which Camera Has The Best "Color Science"?

You see the term Color Science bandied around a lot.  The topic is most important to videographers, as it's important to them that all cameras shooting a scene have the same "look", necessitating that all video cameras come from the same manufacturer.

All Color Science really means is "How the camera renders colors" - Sony is famous for being the most accurate; whereas Canon is known for pleasing skin tones.  The rendered output is determined by the Bayer RGB color array sitting on top of the sensor, plus the demosaicing algorithm essential to creating the color image.

Of course this may be common knowledge to many of you.  If you want a good introduction check out this well-explained video by Gerald Undone.  What's not commonly known is this insight about the different filter arrays posited by the editor of Cameracraft Magazine, David Kilpatrick, who had the gall to proclaim that the camera with the best color ever belonged to -- the Konica Minolta 5D!

The 7D was superb for colour but the 5D just betters it. After that, the true RGB of the 6 megapixel sensor in KM's implementation was never seen again. Although some tests don't show it to be better than competitors, both those cameras had colour far better than Canon or Nikon, and also better than the Sony A100 of 2006.

David Kilpatrick, I'd like to learn more about that. What was it about Minolta's implementation that made it better?

Gary at the time the 6 megapixel sensors from Sony were fitted with an RGB filter pack which normally meant a minimum ISO of 200 - Nikon D70 for example shortly after the KM D7D. The CCD is basically the same silicon, but the filter pack is different. The Nikon has weaker RGB colours, which means more crosstalk between the R-G-B channels, but less prone to white balance problems and colour noise (the extreme would be removal of the RGB filters entirely which results in a BW image and no colour noise at all!). The KM has stronger RGB filters, more narrow-cut, less crosstalk but making higher ISO settings slightly more prone to colour noise, and cutting the base ISO to 100. Canon's APS-C CMOS of the same period uses even less colour density in the filters, their colour was reconstructed from raw the same way an old faded colour photo can be restored. The processing was clever because it managed to make all Caucasian and many Japanese/Asian skin colours look almost the same pink; the D7D in contrast renders a much wider range of flesh tones, and will show tanned, yellow, rubicund and shades.

Wedding photographers liked the Canon results because all the people in a group tended to look much the same. Remember, a competitor at the time was the Foveon based Sigma SD9. That extracted colour out of almost no information at all and most people ended up looking the same yellow!

Personally, I much preferred the greater colour discrimination and higher saturation (without boosting) of the KM/Sony sensor images. To an extent this has remained a long-term difference between Sony and Canon even in the CMOS era. The A100, 200 and 300 series had progressively better high ISO noise performance and I think a lot of this was down to the filter pack including IR-cut and lo-pass filter fine tuning. The final CCD-based model made, the Alpha 350 (14 megapixels APS-C) has a unique colour rendering which preferred rather exquisite colours at ISO 100 over gaining high ISO low noise - it's best used under ISO 800. From the A500 series onwards, CMOS changed things again and was the origin of the EXMOR series. Colour extraction from raw data has improved so much, with Sony drawing on know-how first from DxO and then from Phase One and I reckon Sony still has an edge over Canon. Others see it the other way round.

I love surrounding myself with this kind of competence!  Subscribe to Cameracraft Magazine today, and get a dose of David's (and mine - I'm the Associate Editor for the U.S, you know :-) ) experience in every issue!  A healthy mix of photographers' mind games and technical insights you just won't find anywhere else.

Talk to the Beard 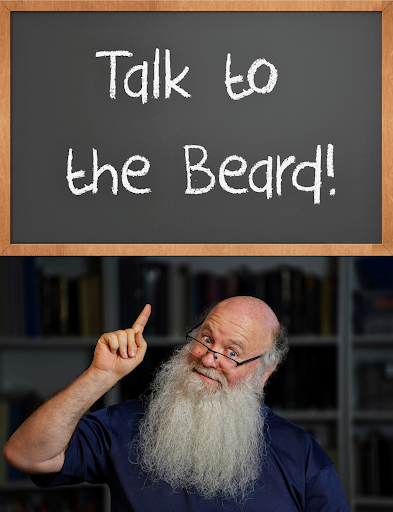 One-on-One Photography tutoring via Zoom is now available!  Message me for details.  How would you like to improve?  What feature don't you fully understand?

Am also continuing to do Zoom lectures for photo clubs.  I've even been asked by the Royal Photographic Society to put together a new talk for their needs!  Looking forward to that one.

Email me at Gary at Friedman Archives dot com to learn more!

The Spanish version of the A1 book is finally out!  Feel free to help spread the word, not only of this title but all titles that have been translated into Spanish, French, and German.

Also, version 1.05 of the A1 book (in English) has also been issued.  Email me (Gary at Friedman Archives dot com) if you haven't received your free upgrade already.

Other than that, waiting for the Sony A7 IV to be introduced at the end of October.

In the meantime, I'm also setting other projects in motion:

Also still getting the new studio up and running.  Never a dull moment over here.

The blog has been a little too technical lately.  So here are some pretty pictures:

Next month: My attempt at immortality (!).
Until next time,
Yours Truly, Gary Friedman
at October 07, 2021