Rebuttal to all those Lukewarm Sony A550 reviews 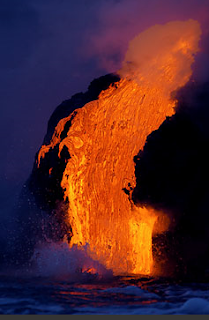 I wasn't going to write this.  After all, I never do camera reviews (I just write books about them :-) ) and I had not budgeted any time to write a newsletter this month.  However, I have just returned from a family vacation having taken my new Sony Alpha 550 as my only DSLR.  Unlike some of the reviews I've read online about this camera, I actually spent time using this camera as it was designed to be used: to take great family pictures.  Especially of toddlers (who don't sit still for anything).  Especially on a vacation.  Especially in low light.  And I have to tell you - for this purpose, this camera is just AWESOME!!  It can focus faster on moving children than I could using my older cameras and some skill.  It is lightweight and ideal for travel.  It can shoot in low light and show you images that look brighter than what your eye sees, all with relatively low noise.  My A700 (formerly my camera of choice for family events) would never had done this well in some of the challenging situations I found myself in.

Like those other reviews, when I first started to explore the camera, I first latched onto of all the features that were missing that I was used to coming from higher-end cameras: Release Priority mode, AEL-SPOT-TOGGLE mode for the AEL button, conveniently-placed buttons, mirror lock-up, etc.  But once I took off my "professional photographer" hat and put on my "tourist" hat these attributes (or lack thereof) quickly melted away (kind of like the molten lava shot on the right, also taken with the A550).
The first thing you need to know is that this camera works best when used in live view mode.  In live view mode the "face detection" feature is enabled, and when coupled with the fast-focusing phase-detect array in the camera it actually helps your camera know what focus point to use when in wide-area focus mode.  This is a big deal!!  On previous cameras, wide-area focus had to guess which focus point to use (usually it just selected the point sitting on top of the closest object), and in my experience it didn't always guess correctly.  I used to always use the center focus point and use the time-honored "focus hold --> recompose --> shoot" method for a much better yield.  While this technique has served me well over the years, I can tell you that it's completely incompatible with shooting toddlers who don't sit still.  It slows me down and causes me to miss a shot.  With the A550, using the camera in live view mode, it would quickly figure out where the face was, and if it was on top of any of the nine phase-detect focusing points built-into the camera, that's the one it would use.  It literally became a point-and-shoot affair, except I've never owned a point-and-shoot which could focus this quickly (especially one that could take long lenses!)  This is engineering design synergy at its best.
(Click on any image below to enlarge it and/or to read the captions)

I also credit the face detection feature with the camera's ability to handle backlighting better than any other camera I've owned.  This is the first camera where I didn't have to invoke exposure compensation to have it handle this difficult lighting situation correctly (if there's a face involved).

The other noteworthy feature has already been well-documented by other reviews: High-ISO performance on this camera is the best of any modern DSLR (The Minolta 7D and 5D perhaps being the only exceptions, but I'll have to test that).  It can turn mediocre light into a workable shot.  It works miracles with poor light.  Have a look at some of the shots below, all taken with un-ideal light (or in some cases hardly any light at all!).  Click on any image to access the original, full-size image.

Impossibly low light, taken in a mini-van at midnight, ISO 6400.  (It looked much darker than this in person.)  No other camera I own could have captured this and have it look this good.
Here's a comparison of the same (very) low-light scene taken with the A500 and the A700 with the same settings:

Battery life on this camera is also incredible -- I was able to get an astonishing 1,621 shots on one charge, using 60% live view and about 20% built-in flash (yes, I use the built-in flash as a fill light all the time).  That has to be a record.  The other thing I love about this camera is the new placement of the On-Off switch - by the shutter release button, which I spoke about last month.

Are there negative things to say?  Only one I found to be significant: When mixing flash and ambient light in Program mode,  this camera seems to handle the balance between the two differently from previous cameras.  In the past the camera would underexpose the ambient light by about 1 stop while outputting enough flash to illuminate the subject correctly, resulting in the background looking a bit dark.  Here, at least with several different family shots, it doesn't even attempt to darken the background.  I need to do more controlled testing with this feature before I say this is a negative attribute, but it does represent a departure from past behavior.

So, if you have a family, or are thinking of buying a family, and you're a new DSLR convert, GET THIS CAMERA!!!  You will love it, and it will out-perform whatever you're using now.  (You'll love it much more than the experienced photographers who gave this camera a lukewarm review on other sites.  Just remember my article about Microsoft Bob when reading those other reviews. :-)  Seriously, in my opinion this camera is being under-rated by everyone else.)