Also in this Issue:
=========
Top 10 Most-Licensed Images
Funny thing about stock photography.  You just never know what's going to sell.  Oh, you could guess - but you'd be wrong!!!  Here are my Top 10 most-licensed images of all time - the majority of which I would not consider to be my best work:
Image #10: LAX Theme Building 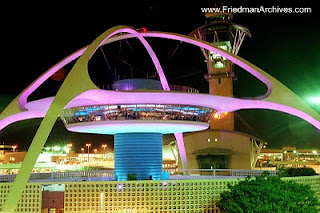 The iconic building at the Los Angeles International Airport; designed in the 1960's when everyone was optimistic about the future.  The building was covered with scaffolding for years during a renovation, and so this "clean" image was quite sought after.
Image #9: "Iron Eyes" Cody 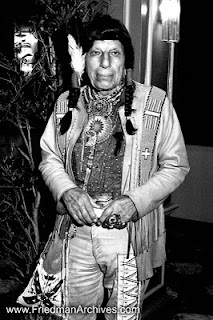 "Iron Eyes" was a Hollywood actor most famous for his "crying Indian" role in the "Keep America Beautiful" Public Service Announcement in the 1970s.  This was a grab shot taken in the 1980's using paparazzi-style lighting (specifically, Tri-X B&W film and a Sunpack 522 hammerhead flash). Before he died it surfaced that he was actually Italian.
Image #8: Chicago Skyline at Night 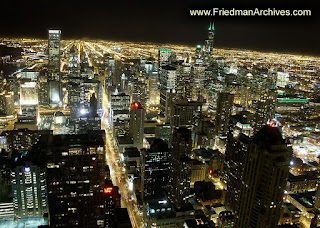 For some reason this image, taken atop what used to be known as the Sears Tower on a remarkably clear night, has been blown up to wallpaper size more times than any other image.  (Here's where 150 dpi makes for reasonable file sizes when printing at a service bureau!) 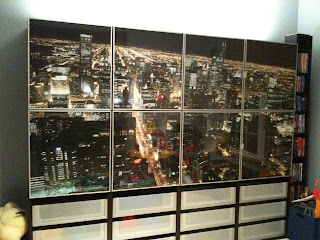 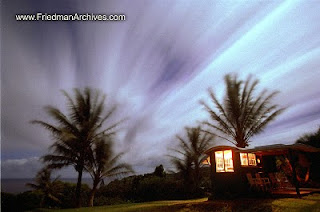 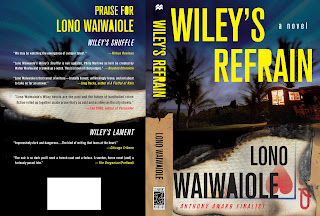 This was a time exposure taken at midnight in Hawaii on a windy night.  One of the interesting things about licensing images for book covers is that you never really know how it's going to end up looking.
Image #6: Partridge-Family-style Lifeguard Station 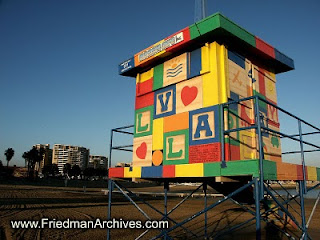 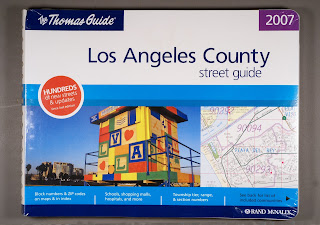 A lifeguard booth on a beach in Marina del Rey, California.  Compared to all of the other iconic and visually striking California images I have in my gallery, this one's pretty plain.  I never would have guessed that this image would end up being so popular.
Image #5: My Grandmother 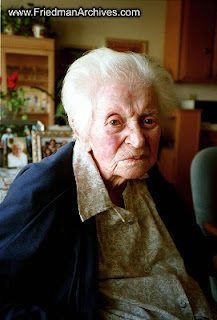 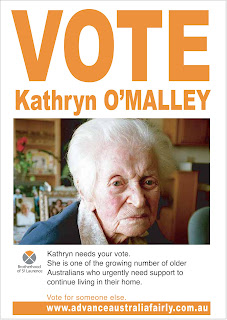 My grandmother lived to be 100.  Her image (and others like it) was used in brochures for old age homes, in-home care, and this political poster (and she wasn't Australian!) among others.
Image #4: No Parking Between Signs 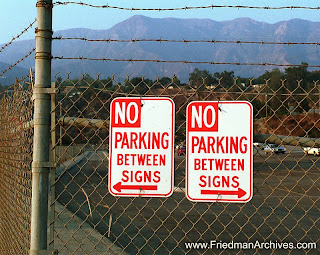 This one has been licensed to many different math textbooks.  I believe it was used in conjunction with inequalities (greater than or equal to... that sort of thing).  Where did I find it?  The NASA / JPL parking lot!
Image #3: Muddy People 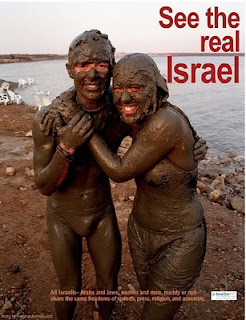 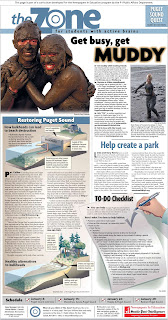 This picture was indeed taken in Israel (along the coast of the Dead Sea, so called because it is so full of salt that you can float without the aid of a life vest), and seems to be popular for graphic artists since it grabs your attention visually.  The subjects, by the way, are siblings, and because they're unrecognizable I didn't need a model release.
Image #2: Skateboarder 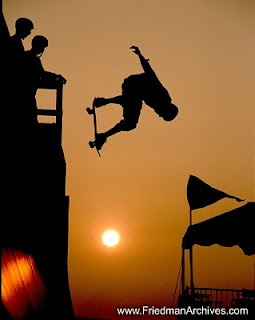 This one was quite popular in skateboarding magazines (the only picture embraced by the skateboarding world that wasn't shot with a fisheye lens).  And at least one kid has this emblazened on his bedroom wall.
Image #1: Four Thumbs Up 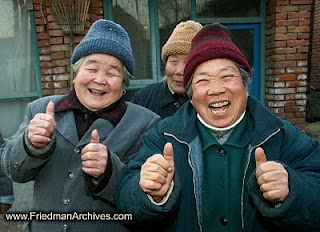 This was one of those "grab shots" from my romp through China.  As is often the case when I'm traveling in countries where I don't speak the language, I mime an awful lot.  And when I ask permission to take someone's picture, and then share it with them on the back of the camera, I'd often rate the shot as being "thumbs up" or "thumbs down".  Apparently these two old ladies thought this novel method of communication was quite humorous, and they started imitating me.  It was literally a point-and-shoot moment, for a microsecond later the moment had vanished. 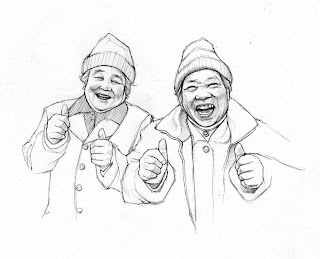 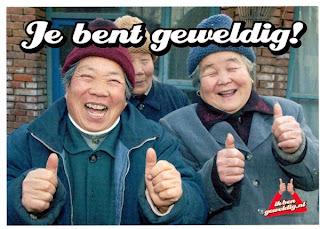 I can't really say this was the "most licensed" (although there was a PBS show about animals with opposable thumbs that paid nicely for it).  What I can say that this was, without question, "most lifted from the website and used in blogs and tweets (and motivational posters)".  Have a look at this reverse image lookup results from tineye.com - and I happen to know there are probably a hundred more than what this search turned up.  Since my policy is "Free use of images (as long as the website watermark is retained and a google-findable link back to my website appears on the page), most of these uses don't violate my terms of use.  The others present a problem: I could spend a few days hounding down the webmasters and asking that they either meet my requirements or take the images down, or I could use that same time working on the upcoming A33 / A55 ebook (which continues to take longer than I expected) and earn a predictable amount of income.
And I'm a practical guy.  Besides, look at how this image is being used!  One company in the Netherlands was using it as part of a free postcard campaign to improve self-esteem (the text reads, "You're Great!") and encourage community involvement among teenagers.  Hard to justify investing time to scarcen that message.   (And if 'scarcen' isn't a word, it should be! :-) )
=============
New, Unexpected Seminar!
A couple of weeks ago I was invited by Sony Malaysia to speak at their huge 3-day Alpha Event at the Kuala Lumpur Convention Center (March 11-13, 2011).  Yeah, short notice, but I'm honored, and I also figured "Gee, while I'm there, why not schedule a seminar there the weekend before?"  And so I have: March 5-6; roughly one month from now.  Not much time to market it; but hopefully you can all help spread the word online.
And speaking of spreading the word online, have a look at one of the participants' unsolicited feedback, recently posted on Facebook: "Having attended two of Gary's seminars - one indoors, one outdoors with field trips - I can vouch for everything he's saying. We get so caught up in the megapixel/post-processing/gear race that we can overlook the far more important elements that go into great photography. And Gary not only knows what these elements are, but he can also communicate them clearly to his audiences.

I don't have fancy equipment but thanks to the seminars, I've learned to use what I do have to much greater advantage. I'm anxiously awaiting his return to Nova Scotia!" - Brenda Tate
(Thanks, Brenda!)
So come and join us to help rekindle your creativity and make the most out of whatever camera you already have!  The next one's in just two weeks in Northern California (including an optional bonus 3rd day where we reinforce what we learned out in the field).  There are also 6 others scheduled for 2011; and we can make it out to where you are, too!  (Just send me an email for additional details.)
Currently Scheduled Seminars:
==============
Best Gloves for Winter Shooting
I shoot in all sorts of weather.  When we were in Boston last month there was a huge blizzard, and Carol and I went out for a walk.  (Yes, we clearly were from out of town.)
Using a camera with gloves on can be a pain, but I found a great solution: Convertable Gloves / Mittens.  They're mittens most of the time, until you need to be dexterous.  Then the mitten part folds back, revealing vagabond-like fingers (as opposed to hobo-like fingers), and on some models (like the bottom image) the thumbtip can be exposed as well for working the camera's rear buttons.  Reasonably cheap and really handy! 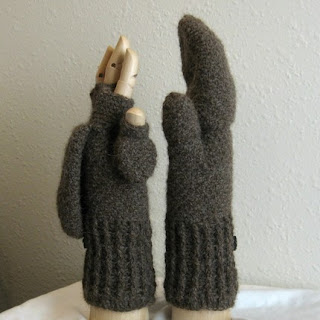 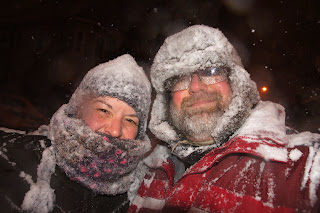