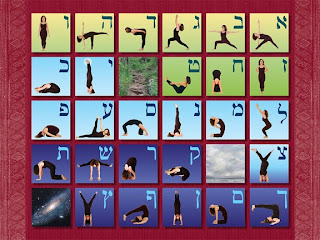 It’s always nice to see your work appear commercially.  Last year I was asked by Ida Unger, an amazing Iyengar yoga instructor, to take photographs for a very interesting project she was working on – a poster and forthcoming book connecting two of her spiritual worlds, Yoga and Kabbalah (ancient Jewish mysticism).  The assignment was to take hi-res pictures of her in yoga poses which correlated with the shapes of Hebrew letters.  You can see the first fruits of this effort in the poster image above.

This wasn’t just an exercise showing off her flexibility (which is impressive) – it is well known in the Jewish world that the shapes of Hebrew letters, despite looking simple and arbitrary, actually have their own symbolism and meanings, and you can even deconstruct the meaning of Hebrew words based on the meanings of their constituent letters.  Even the relative placement of pen strokes relative to each other have meaning.  (Check out http://www.inner.org/hebleter/intro.htm for a brief introduction and examples of this boundless topic.)

Yoga is renowned for its physical and mental disciplines and healing power, and Ida is “linking two ancient practices, providing a Jewish path in yoga for a deep renewal of body, mind, soul and connection to all that is.”  You can read more about it at her website, http://www.kosheryoga.net/poster.html.

So my job was relatively straightforward – Just take pictures of Ida doing what she does that will be suitable for publication later on.  I needed to make it easy for the graphic artist (Bonnie Felt, who’s a genius at layout and design) to remove the background, and so I set up the white backdrop and illuminated it with a 56 wireless flash on either side.  The background didn’t have to be perfect; just easy for Bonnie to select everything that was white and “knock it out”.  Then I used just one umbrella with a 3rd 56 flash to illuminate the subject.  All flashes had to be on manual output mode since the TTL flash metering can’t cope with white backgrounds.  Then I used a modest shutter speed and f/stop (1/160th of a second at f/8 on the A900) and shot away.  I was amazed at the poses Ida was able to do (and doing so many in one shooting session is a lot of work!) 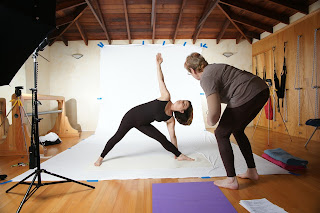 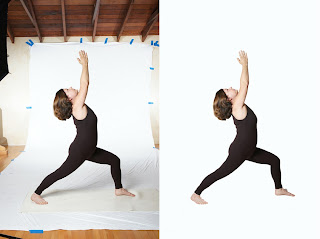 I think one of the other things that struck me while shooting at the yoga studio was just how healthy-looking and spiritually-fulfilled the other participants were.  (Check out this test shot of Ida’s assistant below – she’s 55 years old, but looks 20 years younger!)  Everyone there invited me to become a participant, which was very tempting - I could certainly benefit from any form of exercise, and yoga's health benefits are legendary.  On the other hand, how much of this was self-selecting?  Are people who are already pretty healthy naturally drawn to it?  Will playing basketball make me taller?) 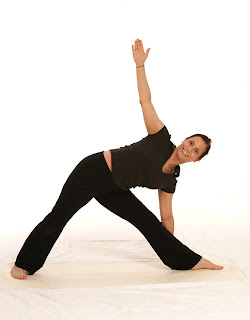 This is probably the most anticipated book in several years.  These new cameras have an awful lot of new features, and all of them are worthy of careful investigation.  One of the other reasons this took so long is that I know many of you are repeat customers and I wanted to make sure you didn't feel you were getting a book that was simply rehashed.  A lot has been rewritten.  All the details can be found here: http://friedmanarchives.com/alpha55 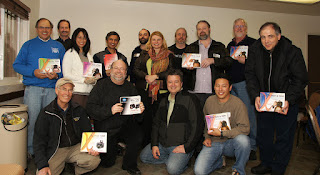 The Northern California seminar was a blast!  We took advantage of the fact that it occurred over a three-day weekend, and spent the third day as a field workshop, reinforcing what was learned during the first two days.  Just like what had happened in Nova Scotia last year, the participants had such a good time that Carol and I have been invited back.  I don't have time to share with you some of the best shots from the group this time around like I did last year (I'm leaving on a trip shortly) but I will share with you this shot pre-visualized and taken by David Anderson which I'm kind of partial to :-) , which takes advantage of the fact that when you're shooting in 2D you're throwing away a dimension which you can put to good use: 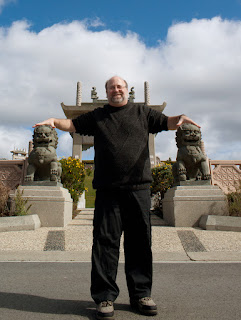 I've also been woefully behind in planning the logistics for future seminars (people have been after me to open these up for registration!).  Finally, three more are now ready and one is a week or two away from being ready (but I'm listing it here anyway):


A Week in Armenia?


After Day 2 of the Northern California seminar I got an email from David Kilpatrick, editor of the outstanding Photoworld magazine and runner of PhotoClubAlpha.com, inviting me to participate in what has to be the most unique Photo Workshop event this year.  Mr. Kilpatrick, along with Harout and Armen (two of the PhotoClubAlpha heavyweights), are organizing a string of workshops and digital shows in Armenia June 23-30th of this year!


The itineary is still being put together, and I'm not even sure of the cost right now, but it will be a combination of field work (we will visit the most photogenic locations such as the Basalt columns in the mountains) and studio work (Armenians are generally a fairly striking and stylish lot, especially Armen's university friends :-) ).  Oh, and there will be Xaphoons involved too (www.Xaphoon.com), since the Xaphoon resembles the Armenian Duduk and we're all a bunch of musicians.  It will be an unforgettable week that will probably be dirt cheap.


That's all I know but I'm jumping at the chance to go and I'd be delighted to host as many of my readers as possible.  Let me know if this is of interest to you and I'll keep you appraised of developments and details!  Fire off an email to Gary at Friedman Archives dot com.


Wedding photography is stressful.  It’s harder than it looks.  And it’s one of the most under-appreciated services among the general public.  (Read one data point here: http://www.marketwatch.com/story/the-10-most-overpaid-jobs-in-the-us )  At least with a plumber you have a concrete idea of what it takes to solve a problem, plus usually they’re solving an immediate pain.  Wedding photography has neither of those.  That’s why I’ll never do it again. 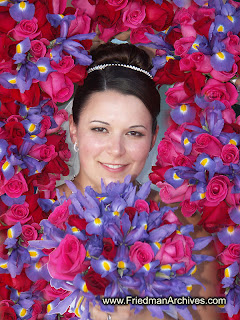 Wedding photographers know very well how to impress their peers.  In the old days they would use medium format cameras, use a low-contrast film to make sure they retain detail in the bride’s white dress and the groom’s black tux (film could handle a wide dynamic range subject much better than digital can without HDR).  Wedding photographers know good light and good composition.  They knew all the winning poses.  They know how to proactively anticipate the action and have their camera settings ready.


Alas, while these things are all important to a great picture, I’ve found that few of these things actually impress the wedding couple.  If you want proof of this, think back to how popular Kodak’s wedding camera package was back in the 1990’s.  It was (or is, rather – they’re still for sale!) a package of 10 disposable box film cameras with a fixed shutter speed and f/stop.  The idea is you put one on every table at the wedding and ask your guests to pick it up and take pictures.  I can’t think of a formula for a worse picture quality (unless of course they take these pictures in a dark room at night - oh, wait, that's the environment where they'll probably be used!).  Yet, because these pictures fulfill the function of a snapshop (which is to jog a neuron in the viewer’s brain), the families tend to relish these images on an equal level to the well-lit, well-composed professional pictures.


What conclusions can we draw from this?  Perhaps this could be reworded as “what's important to a wedding photographer is different from what's important to the wedding couple, and neither of them are aware of this fact".  This is one big reason that non-photographers don't understand why wedding photography is so expensive.  Most customers think that having an expensive camera means better pictures, so what has the photographer actually done that their neighbor’s teenage kid couldn’t have done with the same equipment?


Making things worse is that back in the old days (like 10 years ago) the entire wedding photography industry employed the “I keep the negatives and charge you up the wazoo for reprints” business model.  All that did was leave customers feeling abused, no matter how great a job the photographer did.  (Fortunately that has fallen by the wayside, and the business model now is to hand over a DVD with tweaked JPGs and a finished wedding album made by a graphic designer.  Progress!) 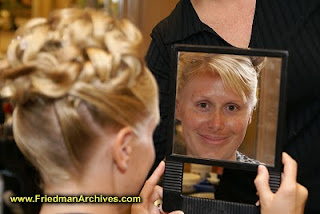 Anyway, I was always a conscientious worker, and I always put a lot of pressure on myself to always be in the right place and make the shots perfect.  After all, if I failed, the couple would never have this day again.  How’s that for stress?

I’ve had my share of horror stories, too.  Once I had taken a wrong turn en route from the Bride’s home (where I took “preparing for the big day” shots) to the church, and it was in a part of town where it took 20 minutes to recover from a wrong turn.  When I finally arrived at the church, the Bride was already walking down the aisle!  On another occasion construction on a mountain pass delayed me by 90 minutes and I missed quite a bit more of the event.  (Usually I leave early and check these things out ahead of time because, well, you can always count on things going wrong.  Even if you try to minimize the risks.)  Still other times I was chewed out by a bitchy bride because I didn't get as many shots of Aunt Edna as she would have liked.  If only I was clairvoyant.  (Sigh.)  I also developed a thick skin observing the disapproving body language of all the Nikon and Canon SLR owners as they glanced at the tiny little Maxxum 7 camera I was using (which was, hands down, the best film camera ever made for shooting weddings.  See my 2002 writeup of the camera here.)

Wedding photographers had their own secrets for lighting that gave the shots a certain “look” in the days of film.  The normal method was to put a Quantum T2 flash with a radio slave on a large tripod, put it on manual, and put it off to the side at a distance that will either properly expose or underexpose the subject by 1 stop when the camera is set to f/5.6.  Then meter for the shadows (point your handheld meter toward the ground), add one stop, and then set your shutter speed to this value.  The idea is to overexpose the background (usually lush greenery); and remove any obvious evidence of a flash.  When shooting negatives (Fuji NPZ which was already being downrated from ISO 160 to 100) and custom printed, the results looked quite nice!  The bad news of course is that none of these techniques can be applied to digital photography, as the sensors don’t handle overexposure like negatives did. 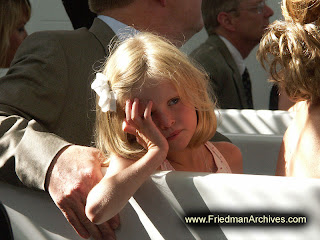 
Tomorrow I leave for Kuala Lumpur, where I'll be giving a talk and demonstration about wireless flash at Sony's big event.  Wish me luck!