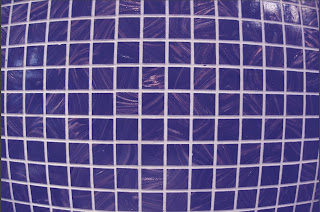 Carl Zeiss may be the Rolls Royce of optical brands, but when Sony worked with them to design the Cyber-Shot RX-100 they had to make a LOT of engineering tradeoffs just to make everything fit in such a small package.  (Hey, if designing such an amazing camera were easy, it would have been done before!)  And I have to say they employed some out-of-the-box thinking on this one, which I can appreciate as an engineer but many of you optical purists may have a hard time swallowing.

Case in point: Have a look at this RAW+JPG of a test shot from the RX-100.  Yowza!  Look at all that distortion on the unprocessed RAW file!  Has Uncle Carl thrown their traditional standards for optical perfection out the window??

The answer is “No, they had to do it this way.”  And it will take me a minute to explain why.  Like other late-generation Sony cameras, the RX-100 employs Lens Correction algorithms in its .jpg engine designed to correct for distortion, vignetting, and chromatic aberration in lenses whose optical blemishes were well-understood.  In the past it was used to correct mild flaws in existing lenses, but this is the first time I’ve ever seen an optical team give themselves permission to make a sloppy design, knowing that it can be fixed in software later.  They went this route because there was no other way to make a perfect conventional zoom lens with that much reach that could collapse so much.  “Oh, we’ll just fix it in software!” the engineering team said.  “We can do that now.”  Japanese design team, I bow to you.

Most RX-100 owners who try this same experiment at home will likely never notice this horrid distortion, because Sony also did something very clever to keep you from seeing it: they re-defined their RAW file format to include lens correction attributes in the EXIF information.  Recall that when a camera shoots RAW, it just pulls the pixel values from the sensor and writes them straight to the memory card.  In addition to that, it takes note of other settings that camera was set to (like white balance, sharpness, contrast, color space, etc.)  Mind you, these settings are not applied to the image data – they’re merely a footnote in the RAW file: “Oh, by the way, here’s what the camera’s settings were”.  They’re there so that high-end RAW processing software like Bibble, DxO, or Lightroom could take note of those settings when opening the RAW file, and automatically adjust the sliders to make it look like what the camera would have produced had it been shooting a .jpg.  This being RAW, the user is free to undo all of these initial settings and change all of the values before exporting the final product, but this “write down what the camera settings were, and apply them after de-mosiacing the RAW file” is a huge time-saving convenience for the user.

So what Sony did was extend that concept, making note of all the optical corrections the .jpg engine would have made and write them to the RAW file.  That’s one reason why none of your legacy software can open an RX-100 RAW file.  Lightroom 4.2 RC is the first program I know of (other than Sony’s own IDC software) that is aware of these new distortion correction fields and applies them mandatorily.   (Hey, that’s a word!)   Now here's the kicker: You can’t disable it.  (At least not in Lightroom!)  Here’s the same test shot shown as RAW and JPG as opened by Lightroom 4.2:

It turns out that the RX-100 is not the only camera to do this - other high-end cameras have been doing it for years.  Every single Hasselblad H-series body (those with a dedicated digital back) corrects for its 28mm f/4 lens this way, as has Phase One.  And that Leica S system?  Yup.  All the lenses are imperfect and corrected digitally.

(And of course, this and a million other tiny details about the RX-100 appear in my new ebook on the camera, which is finally OUT!  Read the details later on below.)

The London seminar, several years in the making, has now come and gone.  And what a wonderful event it was!  I knew just by the quality of email correspondence I had with the attendees beforehand that it would be special (so much so that I actually had this one videotaped for archival purposes.)  The room was packed.  We even had a celebrity in attendance – Brian Young, one of the long-time members of Dyxum.com (“Bonneville”), was there.  Here are a few snapshots: 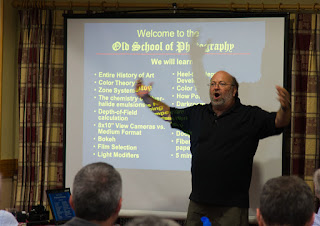 Two days before the seminar I was invited to lecture to two Media Arts classes at a semi-private secondary school in Purbrook.  (This is a school that teaches traditional darkroom photography to their 11-16-year-old students!)

I started out giving a “Career day” talk (no, not the one I blogged about before), but based on the questions I got it was clear they were more interested in the tactical workings of their cameras.  So I switched gears and started presenting material from Day 2 of the seminar.  I ended with a demonstration showing off how wireless flash can turn a boring shot into a “Wow!” shot.  The teacher who invited me there, Richard Blair, told me later that that demo made such an impression on a student (who was otherwise disinterested in everything) that she went to the head teacher the next day and changed her major to photography!  What an honor. 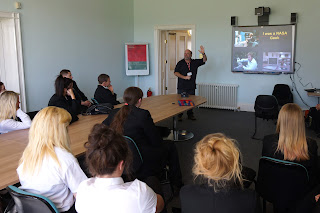 After all the events, Carol and I were supposed to take a week off and head up to Edinburgh for a short vacation (and perhaps add some pictures to the archives); however a family emergency back home cut our trip short.

Malaysia was a similar mix of all-work-and-no-time-to-shoot.  Sony Malaysia invited me over to help with the product launch of the Alpha 99, which is like the Alpha 77 but with a full-frame 24 MP sensor, full control over audio, and over 200 focus points.  (Oh, and Auto ISO in Manual Exposure mode.  Former Nikon users always ask about that.)  The venue was the Kuala Lumpur Photography Festival, and I gave 3-4 demonstrations of what makes this an exceptional pro-level camera.  Here are a few shots, starting with some samples from the camera: 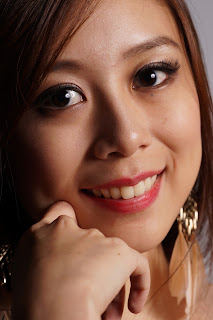 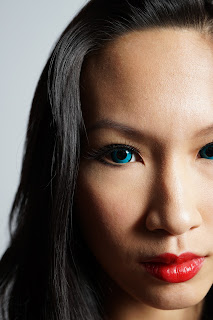 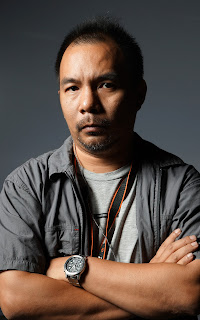 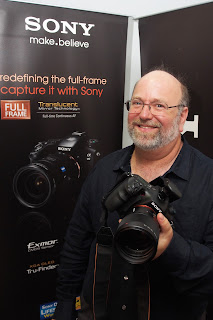 (More images taken by others can be found at my Facebook page: https://www.facebook.com/FriedmanArchives)

So that's two trips in one month where I made the journey but didn't have time to shoot.  Oh, the irony!

Last month I shared with you the philosophy behind the new Cameracraft magazine (David Kilpatrick’s new photography magazine, of which I have the honor to be Associate Editor and regular contributor), and apparently the idea of a magazine that actually talked about real photography instead of just gear resonated with a lot of you.  Subscriptions took off even before a first issue was produced.  And the amount of positive reviews and feedback we’ve received on the first issue has been heartwarming!  Let me share some with you:


"Well, it is entirely up to and exceeds expectations. Well done and thank you. The aspirations set out on p2 look great. The reproduction is excellent. Keep going and follow your instincts." - Ralph, Queensland, Australia

"I just received my first copy of Cameracraft. I have barely opened it, but it is delicious, the quality of the paper and the images they contain are superb. I cannot wait to sit down and immerse myself in the articles." - Lynn, Ontario

"Congratulations on an excellent magazine, it's a refreshing change from the run of the mill fodder out there. Though never a Minolta/Sony photographer I have always enjoyed your publications. The maxim "it's not what you've got but what you do with it" comes to mind when reading this sort of publication. Whilst I enjoy the technical aspects of photography and like equipment reviews and such I have been bored to death with the endless photoshopping now prevalent in the mass circulation mags. I would much rather be inspired by creative articles and photo essays, and though not always to my own landscape centred tastes it is always interesting to see where other people's passions take them. Once again thanks for taking such a brave step outside of the mainstream. I look forward to many years of thought provoking reading." - Steve

"Magazine arrived safely today, congratulations on first issue and particularly the quality of repro on the portfolio insert. Looks like it is going to be good." - David

"Just to let you know I received my copy of your magazine  this morning. It is amazing I will not be reading this near any coffee in fear of spoiling it." - Debbie, Spain

You can still sign up to be a charter subscriber, and receive the first two issues mailed straight to your door!  Join the brotherhood of photographers who understand it's all about the photographer's vision.  A one-year (four-issue) subscription is just USD $39.00, mailed anywhere in the world (less if you live near the UK).  Learn more and subscribe here:
http://friedmanarchives.com/cameracraft 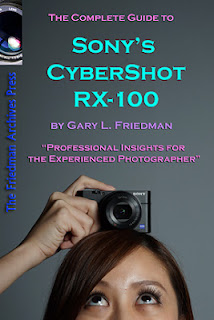 And you wondered what I did in my spare time. :-)  Normally I don't write about point-and-shoots, but I received so many requests to produce a book about the camera the New York Times said was "the best pocket camera ever made" that I went out and bought one.   And I love it!  Unlike a previous Cyber-shot I blogged about in the past, the RX-100 is fast, responsive, and the image quality is better than any other point-and-shoot I've ever owned.  Order your copy here: http://friedmanarchives.com/RX100

In addition, the Spanish Version of the NEX-7 ebook is almost ready and will appear as a link from this website in a couple of days: http://friedmanarchives.com/NEX-7 .

I ran across this technology recently which claims to address the age-old problem of bit-rot on our digital media: The M-disk.  What’s remarkable about it is not only is the media claimed to last 1,000 years, but it is readable in existing DVD players.  http://millenniata.com

======
Until next time,
Yours Truly, Gary Friedman