Also in this issue:
Anyone who’s followed my blog knows the problems I’ve had to endure with the flash exposure accuracy of the A77, A65, and NEX-7.  Above is an example of a subject taken outdoors, in the shade, with the NEX-7.  The left image is with the camera set to AUTO (where not only was the flash overexposed but so too was the background), and the right is when I switched to Manual Exposure Mode and put the flash on Manual output.  (Good thing I grew up doing this sort of thing so it took me only a minute to recover from this frustrating output.)  I wrote about this problem in my books and blogged about it on more than one occasion.

Well, a miracle has happened!  Although Sony has never acknowledged the existence of the problem, and although the release notes make no mention of it, the latest firmware updates for the A77, NEX-7, and presumeably the A65 (I sold mine a year ago) seems to have completely fixed this problem!  I haven't done any exhaustive testing (I've been spending all my time on the A99 book), but I took about two dozen test shots in similar conditions and the exposures were consistent and it handled the background much, much better than before!  (Test image below.) 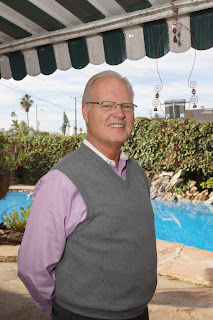 You can go to Sony's eSupport website, enter  your model number, and download the latest firmware updates (with accompanying instructions) here.

Not Your Father's Flash Exposure

Although you'd think that flash exposure calculation would be a mature algorithm, it turns out Sony continues to tinker with it.  Check out these images taken in Cuba by the Konica Minolta 7D:

When used as a fill flash, the 7D (and most earlier Minolta cameras) would tend to balance the fill and the ambient giving such images a distinctive "look", without necessarily making it look like a flash was used.  Another example appears below.

The A550 was the first camera I owned which tried to alter this formula, producing OK results when it was the sole source of light in a dark room, but horribly overexposed backgrounds when using it as a fill:
The A900 went in the opposite direction - it always tried to minimize that "Hey, everyone!  I used a flash!" look.
To show you how much things have changed, here are some pictures of an 18% grey card:

When you take a flash picture of an 18% grey card, it should look like an 18% grey card.  And it did in the old days (A700, left).  But the same card taken with the A99 (or any modern Sony camera, including the A77, or NEX-7) is overexposed by about 1 stop (center).  In order to have it look "normal" I need to set Flash Exposure Compensation to -1 (right).  Because I really don't like the blown-out-flash look that the newer cameras provide by default, I now keep my flash exposure compensation permanently set to -0.7 (a healthy compromise - sometimes I'll set it to less light depending on the ambient light level and the look I'm going for).

Have you ever wondered what it was like to be a working photojournalist - specifically a war correspondent when the former Soviet Union was breaking apart?  A couple of days ago I had the privilege of interviewing photographer Chuck Nacke for the upcoming issue of Cameracraft magazine.  Chuck has had a remarkable career as a photojournalist, and during the 1990's there probably wasn't a single news medium you could pick up any time of year that didn't have one of his pictures in it.  (When his pictures weren't being published he'd call his agent and harass him -- "You're not working hard enough!".  Times change. :-) )  He took portraits of heads-of-state which ran all over the world.  Richard Nixon once put his arm around him and said with a smile, "So what's it like working with Tricky Dick?".
Chuck also covered the "Stan Wars" - Uzbekistan, Tajikistan, Afghanistan, and nearby regions (like Chechnya) when he voluntarily moved to the Soviet Union to document that country falling apart.  He told me fascinating stories of his times there, and you can read all about them in the next issue of Cameracraft.

I'll share with you two brief stories: Photoflex had created for him a lighting studio that fits in a pelican case for his travels, and gave him some T-shirts with their logo on the back.  (I don't have permission to post their logo here, but you can see it on their website: www.photoflex.com.)  One day while drinking vodka with some snipers from the Republic of Georgia, they mentioned that his T-shirt had a target on the back and it ended up in the sniper's scope several times that day.  (The T-shirt was retired after that.)
Another story: During those days it was standard practice for the KGB to assign someone to tail every foreign visitor.  (Most of the time he would sit in his car and record the visitor's comings and goings.  Today we have smart phones and foursquare to do that for us. :-) )  One day the "minder" got out of his car and said, "Mr. Nacke, are these yours?"  He held up some Nikon cameras, which were in fact his.  Tied up in the back seat of the KGB guy's Volga (a bad Soviet copy of the old American Motors 4-door sedan) was the guy who tried to rob Chuck's apartment.  Chuck invited the KGB guy upstairs, offered him $100 as thanks (he pretended to refuse it but you can guess how long that lasted), and the two became friends after that.

Chuck has amazing stories to tell, and if you'd like to read it all I strongly encourage you to support the last bastion of old-school, hand-crafted, high-quality photography matter and subscribe to Cameracraft magazine!  (Then you'll know what happened when he reported his Chernobyl-shooting Nikon F4s stolen to the New York City police!)  It's a reasonable price for a magazine and we work hard to ensure the topics are worthwhile and timeless.  (Oh, and while you're waiting for the issue to arrive in the mail, visit Chuck Nacke's website to see a tiny fraction of his impressive work at www.ChuckNacke.com.)


I'll be in Singapore conducting the Friedman Archives High-Impact Photography seminar on March 23-24 (sign up here!)

Here's what the rest of the year looks like seminar-wise:


The Vancouver event has been moved to the close-by artistic community of Gibsons.  Check out the link to find out more.

I'm also about 3/4 finished with the Alpha 99 book, which is taking longer than expected because I want to be very thorough and I know that 90% of those who buy that book will be repeat customers.  (And remember, the A900 book took six months and this camera is significantly more complex!).  I'm shooting for March, 2013 (probably toward the end).


Mike Hendren is also working just as furiously with me on the NEX 5R and 6 ebook, which should be out at about the same time.  To be notified of either one upon its completion, fire off an email to Gary at Friedman Archives dot com. 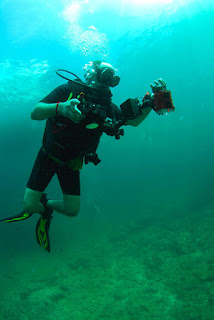 Underwater with the RX-100

Guest Blogger Neal Katz loves his RX-100 and has used it for taking photos while scuba diving.  His experience may be valuable to others with similar asperations so I've asked Neal to write up what he's learned and "share it with the rest of the class". :-)  His writeup appears here.