Also in this issue: 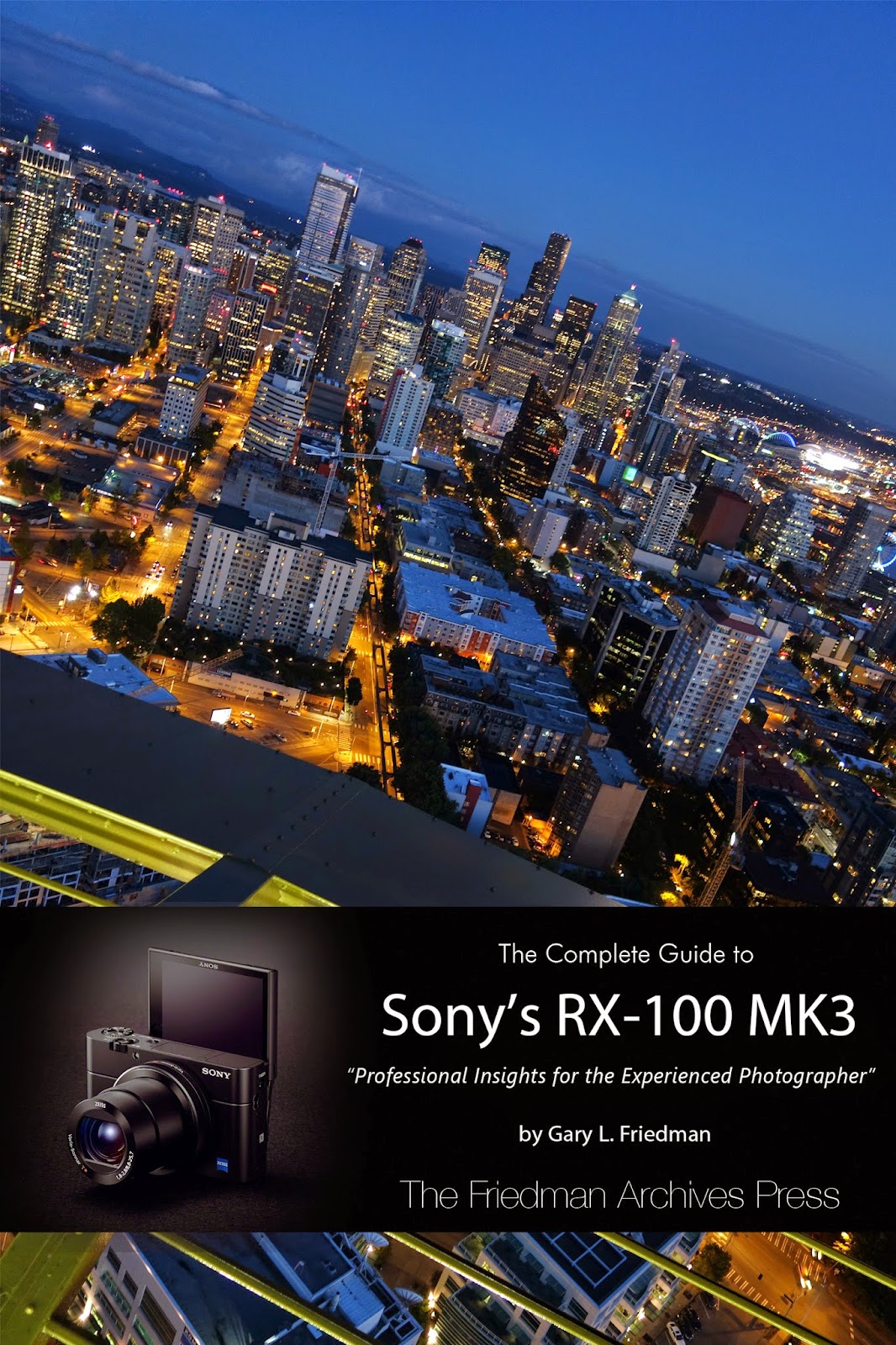 2) So is FujiFilm X-T1 by Tony Phillips (and it's getting great reviews!)

3) An update to the Olympus E-M1 ebook, covering the extraordinary amount of new features in Firmware version 2.0, will be released next week to all who purchased the e-book from my website.  This update will be free for everyone, even those who didn't buy my ebook.  Special thanks to Mike Hendren for putting this together.

4) An update to the A6000 ebook, along with a more readable .epub and .mobi format, is coming soon!  (See next section.)

5) Finally, the A77 II ebook is next - it should be finished by month's end.  Email me (Gary at Friedman Archives dot com) if you'd like to be notified!

Why I Hate Amazon

By now you've all heard about the famous feud Amazon is having with some publishing houses, the most famous of which is the French publisher Hachett.  In a misguided PR campaign, Amazon misquoted George Orwell and even sent me an email asking me to email Hachett and encourage them to cave to Amazon's whims.  If I had the time I would have sent an email encouraging the opposite, as Amazon seems to be at war with publishers and writers and is willfully trying to undermine my business.

At first it seemed like mere price fixing.  Amazon believes that all ebooks should be priced at $9.95, regardless of the value of the content to the customer.  If you keep the price below this level then they take 35%. (that's more than any other epub outlet - even Apple!)  If you have the audacity to ask for more (as I do, which I truly feel is earned) they take a whopping 70%!

Wait, it gets worse.  When the A6000 ebook came out, I got a lot of hate mail from people who bought the book from my website (and loved it!) but then found it on the Kindle store for significantly less.  "Why is your site charging me more?" they would ask.

I looked into it.  AMAZON HAD PUT MY TITLE ON SALE, WITHOUT MY KNOWLEDGE OR CONSENT!  (And they're still taking their 70%.)  They did the same thing for the Olympus E-M1 ebook too.  This cuts into my living and ultimately resulted in hate mail.  Well, I don't need hate mail, and I don't need Amazon's incremental business.

From now on I'm not releasing my titles to Amazon until 6-8 months after its release (and then, only if I feel like it.) (Maybe.)  Those of you who enjoy reading on the Kindle can still buy a Kindle-compatible format as part of my 3-format .pdf, .epub, and .mobi bundle from my website at FriedmanArchives.com/ebooks .

The A77 II and RX-100 MK3 ebooks have taken longer than expected because I've been spending an inordinate amount of time trying to tackle the problem of great-looking ebooks on the Kindle and other e-readers.  As I mentioned in a previous blog post, it's not easy, and the fact that there are still no great tools available is just inconceivable.  While Adobe Indesign is famous for "one-button epub publishing", that assumes you have a pure text book and not a complex layout like mine.  (Besides, while InDesign is great at tweaking the printed format, it still offers very few controls to tweak how the epubs appear.)  The answer: You Have To Be A Programmer.  There are no shortcuts.

I've now got the process down to about 4 days of very tedious tweaking of HTML code.  Inexcusable in this day and age.  But have a look at a "before" and "after" on how they appear.  The most difficult problem I had to tackle was how to get the figures to appear full-width regardless of screen size.  (Most of the tutorials I had read said it couldn't be done -  you could only specify fixed width.  I found a way.)


In addition, there's a viewable table of contents, all sections are now numbered, and all page references have been replaced with section references (since pages are a meaningless concept for e-readers).   In all, these .epub and mobi file are the best looking and most usable I've ever produced.  The forthcoming update to the A6000 ebook (version 2.0) will include epubs made using this new method, which should make a lot of people who bought the book on Amazon (grrrrr) very happy.

(And for those of you who are wondering, "Hey, Gary, why not just outsource the .epub conversion process like normal people do?"  The answer is two-fold: First, because of the size and complexity of my books, the various quotes I've been getting is a cost of $2,000 and it will take about two months.  (My books have a half-life.  I can't afford 2 months.)  Plus, most of the conversations I've had with firms that do this are remarkably similar to this.  I'm telling you, there's a business opportunity here!).

If you're new to this blog, the Friedman Archives Seminars are known for cutting through the hype and complexity of photography, and sharing the secrets to getting "Wow!" type photos using whatever camera you have.   You can learn more about them here.   There are two on the horizon:
I'll start planning for Australia as soon as those are over.  And let me know if there's any interest in Boston!
Focus Tracking with the A77 II 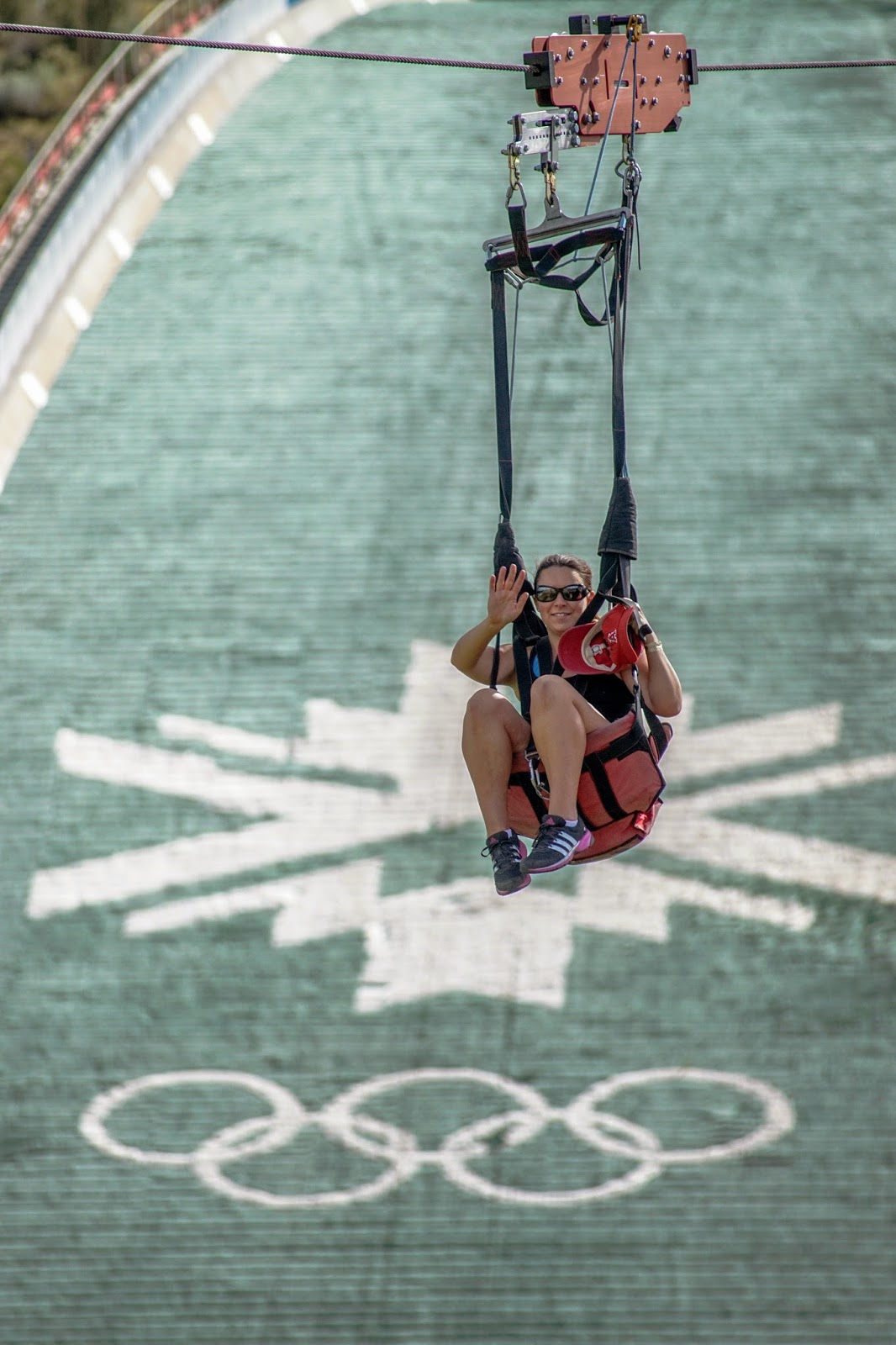 Everyone's been saying how the new Sony A77 II focuses faster than its predecessor.  Well, I see no evidence of it.  I did some informal tests with lots of different lenses (some with the screwdriver blade, some with SSM) and all focused about the same on a static subject.

But, the A77 II has a lot of promise in its ability to do focus tracking.  The new PDAF module, coupled with some new algorithms, coupled with the fact that the SLT design has a strong technical advantage over conventional DSLR design (since the focusing array doesn't go blind when the mirror flips up) should make for a great focus-tracking experience.

Probably the litmus test for focus tracking is Birds In Flight (commonly abbreviated as BIF).  Well, that's not really a reproducible subject, and so I did the next best thing: I spent the better part of an afternoon on a platform photographing zip line participants as they whizzed toward the camera in a predictable and reproducible way.  This was at the Olympic Training center in Park City, UT which I visited last month (and where I took the opening shot of this blog post at the top).

I tried every trick I knew to make the camera track properly, including the new Lock-On AF feature. Below is a sample sequence for your perusal: 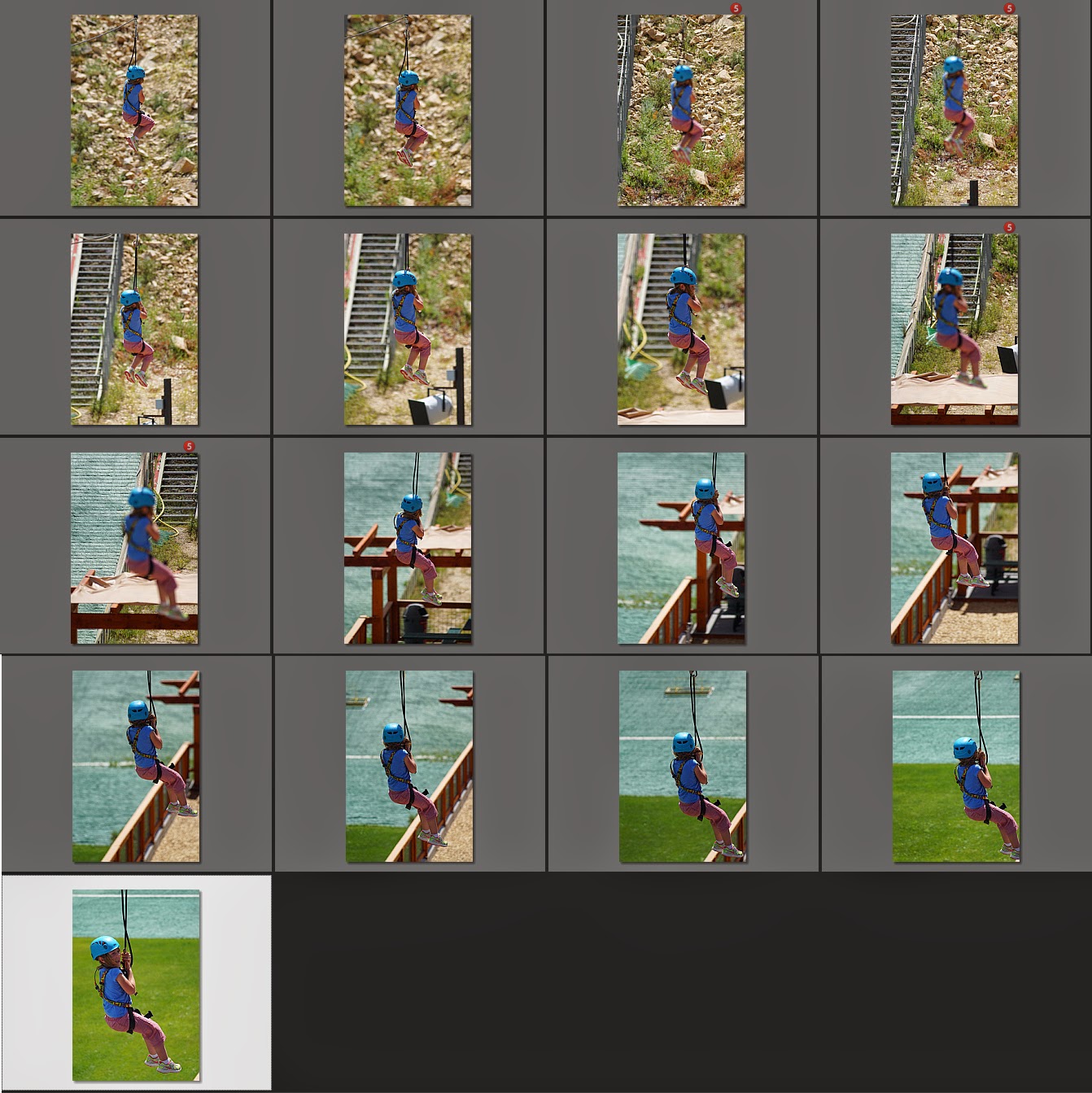 I took about 20 similar sequences and the above was pretty representative of the results.  The tiny red dots in the corners of the thumbnails indicate images that are out-of-focus.  That's 4 out of 17 that were unusable - about a 75% hit rate.

Is that better than the A77?  I didn't compare.  Is it better than what an equivalent Nikon or Canon could have done?  I don't know, but somebody should orchestrate such a side-by-side test one day.  That's not going to be me.  (Not this month, anyway.)

Camera Settings for the Tests
Remember, focus tracking is an algorithm, and once focus is achieved it doesn't require fast focusing to be able to predictively track an object.  Those of you wanting to fire off an email to me saying "You used an old lens with outdated screwdriver-blade technology" should know that an SSM lens wouldn't necessarily do any better.  (Those of you who own the original 70-400 G lens know this all too well - that's the slowest-focusing lens ever made!))

Lots of people are a little confused about the A77 II's new focusing modes.  While I'll go into these in-depth in the book, here's a brief summary of the new features:

Here are all the options the last setting lets you choose from:
(See?  It looks intimidating but it's just letting you choose from all the focus area options above.)

So what is Lock-on AF, and is it useful?  It's very similar to the camera's Face Detection function - it analyzes the Live View image, detects a face, and selects the appropriate PDAF focus points to use.
Lock-on AF does something very similar: After you achieve focus on your subject, the camera will examine the Live View area around the active focus points, try to figure out what part of that must be the subject, and then will start tracking that identified subject as it floats around the frame, turning on the relevant PDAF focusing points as it does so.

In order for the Lock-on AF analysis to be effective, your subject should be of a contrasting color compared to the background, and your subject must move SLOWLY in order for the camera to be able to track it.  This means it's a great feature for shooting video (see next paragraph), but not so much for sports.

Just to confuse you, there's also a "Center Lock-On AF" function in the Camera 7 menu, which is mutually exclusive to the Lock-on AF function in the focus area settings.  When enabled, just press the center button of the controller when your subject is in the center (telling the camera "THIS is my subject!  Track it!") and it does so using the same technique described above.

Why have two similar functions?  "Center Lock-On AF" works in movie mode; Lock-on AF works only with stills and, once enabled, works invisibly - you don't have to press any buttons or tell it where your subject is to have it work.  Two functions for two use cases.

It's a surprise.  You'll have to subscribe to find out.  :-) Think of it as a reprieve from all this technical stuff you've just spent several minutes reading, and a return to the idea of GREAT and INSPIRING IMAGES.