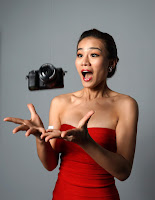 
I try to keep this blog very general most of the time, knowing that many readers shoot with a wide variety of camera brands.  This month I'll make a small exception -- I'm going to start with something Sony-specific and kind of technical, then at the end I'll get to something non-technical that every shooter from every type of camera needs to know.

Grafting video onto a traditional DSLR architecture can be fraught with problems.  Sure, Sony cleverly integrated the fixed semi-transparent mirror into it's A-mount platform to keep phase-detect autofocus in movie mode, but there's still the problem of autofocusing with anything but a wide-open f/stop (it can't), or changing f/stops mid shot (which it can't for historic reasons).

So when Sony went to design the E-mount (originally called the "NEX") platform, they were designed from the ground up to support video seamlessly.  BUT there's an inherent theoretical focusing problem that no camera manufacturer has been able to address, and so it's important to understand the focus-tracking strengths of both the A-mount and E-mount cameras so you'll understand the limits of your equipment.

I could write about it, but some things are just more intuitive with video.  Watch this; it has already caused quite a stir online in just 24 hours after it was posted to youtube:

Things I neglected to mention in the video:
Quick Announcements 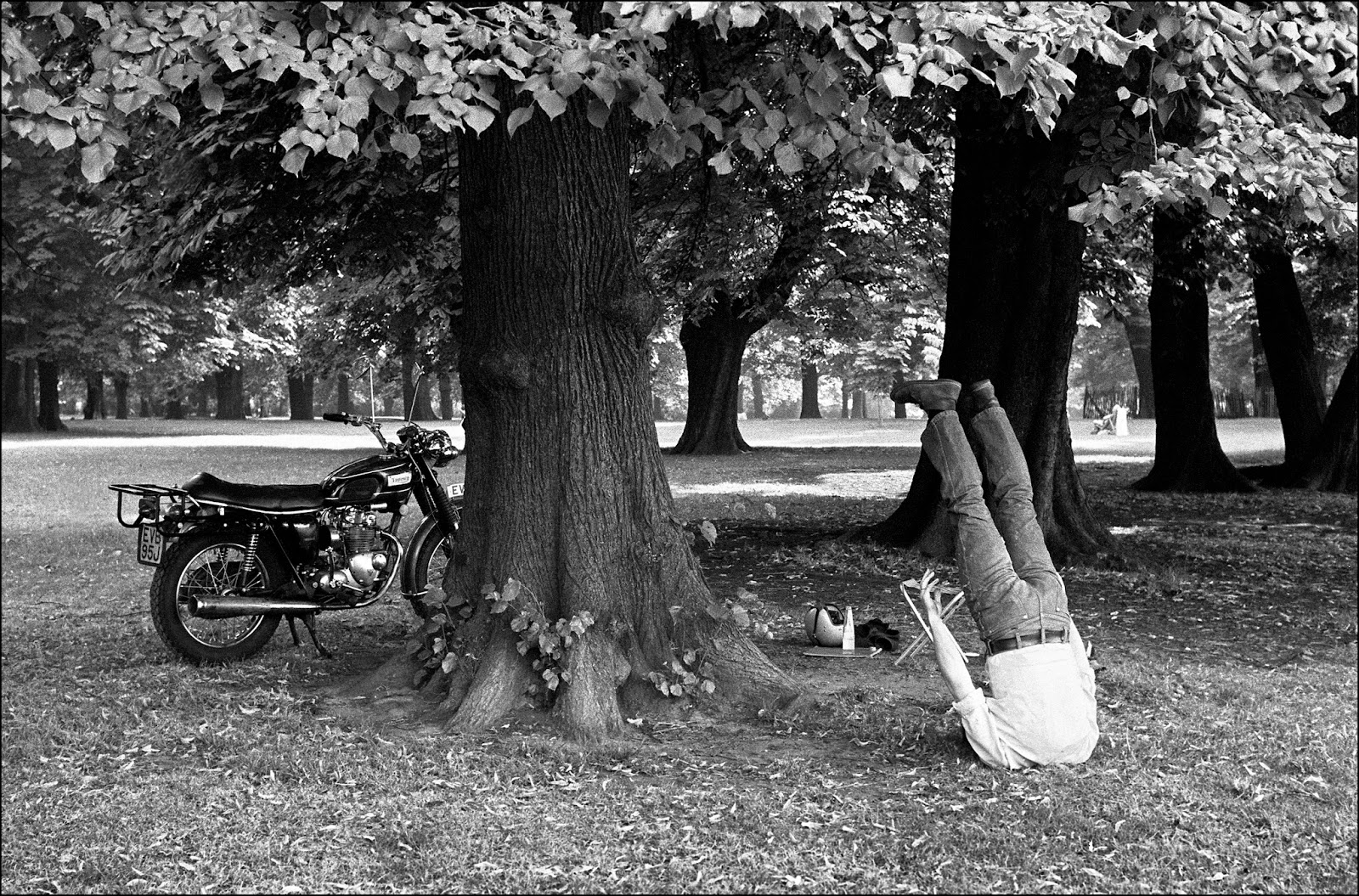 Patrick Ward's latest book is called "Being English" - he excels at capturing ordinary people at play.  His book encompassing the best of his life's work can be purchased at bluecoatpress.co.uk/being-english

Back-Button Focus ebook is out!

Probably one of the most misunderstood aspects of these modern cameras are the ways you can combine customization elements to benefit a particular photographer's shooting style.  For example, this is my favorite customization for shooting portraits in the studio (I'm not including menu items because they're all different in different cameras):


With this configuration, when I'm shooting in the studio, I really only need to press the AF/MF button once to focus, then let it go and then shoot away, refocusing ONLY should the distance between the camera and the subject change.  This is better than using the camera's default configuration, necessitating a focus-lock / recompose / shoot cycle for EACH PICTURE TAKEN.

With the above configuration, the camera remains in manual focus mode all the time until I press the AF/MF button, in which case it quickly does an AF lock.  Once the camera locks focus, I remove my thumb from the button and the camera goes back to manual focus mode.  I only focus when I need to, and it is a very seamless operation!

This is just one example of a Back-Button Focus (BBF) configuration.  And combining custom functions for particular usage scenarios can really help you work quickly in the field.  And so, Ross Warner has created a very detailed and nuanced guide on how to configure the most popular Sony mirrorless cameras (A6000, and the A7 permutations) to use BBF in a variety of shooting situations, including landscape, portrait, movies, tracking moving subjects, and more.

The e-booklet sells for a paltry $6.95 and is available here.  Customize further! 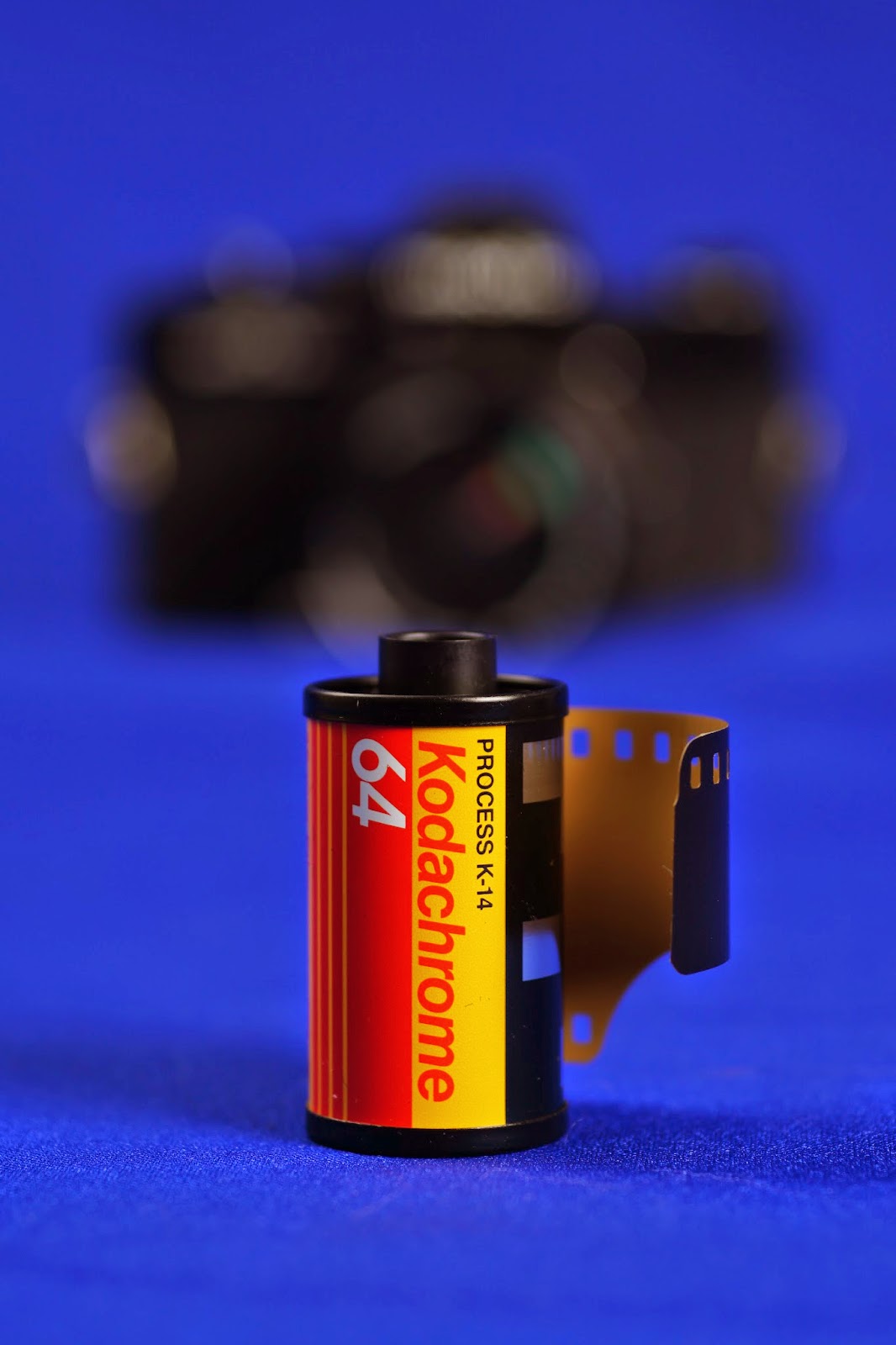 In my writing, I'm often pulled in two different directions.  Yes, these cameras are complex and everyone wants to understand what all these technical features do.  And I'm told I explain these things well, so that's certainly gratifying.

But I constantly get emails from people from all walks of life, asking, "I'm going on vacation soon.  What [expensive piece of glass] should I get?"  And the thinking behind these innocent-sounding questions is, "If only I had better gear, then I'll be much happier with my pictures!"  Too bad that's a myth.  The truth is more harsh: if you're not happy with your pictures now, better / more expensive equipment won't fix it.

The false paradigm bothered me so much that I went and created the Friedman Archives Seminars, designed to combat this misinformation and teach people what was REALLY important in photography, using whatever camera they had.  And for the last decade I've literally been around the world spreading this message, which seemed to resonate quite strongly with attendees.  Interestingly, although the two-day course was aimed at beginners, there have been no end of experienced photographers who have been shooting for 30 years in attendance, saying how inspiring it was, and how wonderful to get a refresher course on the basics - basics that nobody seems to talk about anymore.  Well worth the time and money. 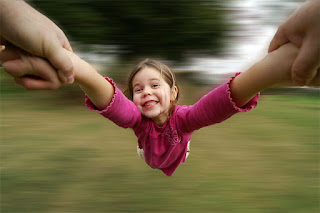 I love conducting these seminars, but a couple of years ago my wife and I made the decision to limit them to about 4 a year to bring a little more balance to our lives.  Of course this was a frustrating decision because there are many people in many cities I will simply never get to.

And so for them, in October 2014 I had a seminar professionally videotaped, with an eye toward making it available as a video course you could view in the comfort of your home, wherever in the world you lived. 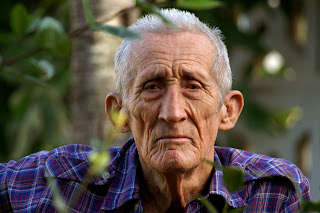 Sounds easy, but anyone who's ever videotaped their child's dance recital or school play can tell you that watching the videotape is not nearly as enjoyable or engaging as being there.  And nobody wants to sit on their couch and watch 16 hours of video straight.  (Unless you're binge watching a Netflix series, of course.)

And so in an effort to make the video enjoyable and engaging, I've been editing Day 1 of the seminar by hand non-stop since October.  Once I got it down to its essence (about 3 hours of video), I then broke it up into chapters, with each chapter followed by reinforcements, exercises, and additional reading to make the lessons stick.  The response from the beta testers has been reassuringly positive - "engaging and enlightening" they said.  Even the experienced photographers remarked what a breath of fresh air my approach is.  Just like the feedback from the live event! 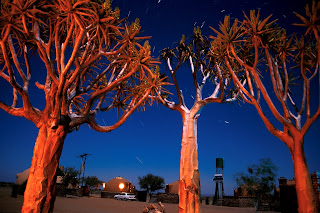 Having said all that, I'm here to announce that Day 1 of the seminar is now, at long last, available for purchase!  It has been renamed as "The Forgotten Secrets of the Kodachrome Shooters", referring to how professional photographers got "Wow!" images in the days before Photoshop, RAW, or even autofocus.  It is being hosted by a company called Gumroad.com, and you should be able to stream the video lessons to any device you own.  And at USD $69.95, it actually costs less than attending the seminar in person!

I put a lot of work into this.  I hope you get just as much out of it.   It's been a decade in the making.

The last time we visited Boston was during a record-breaking snowstorm, which my wife enjoyed immensely (but not so much by the rest of the town.)  Many of you who reside in places that receive considerably more snow might laugh at this, but remember Boston is a coastal town and for them this was pretty considerable. 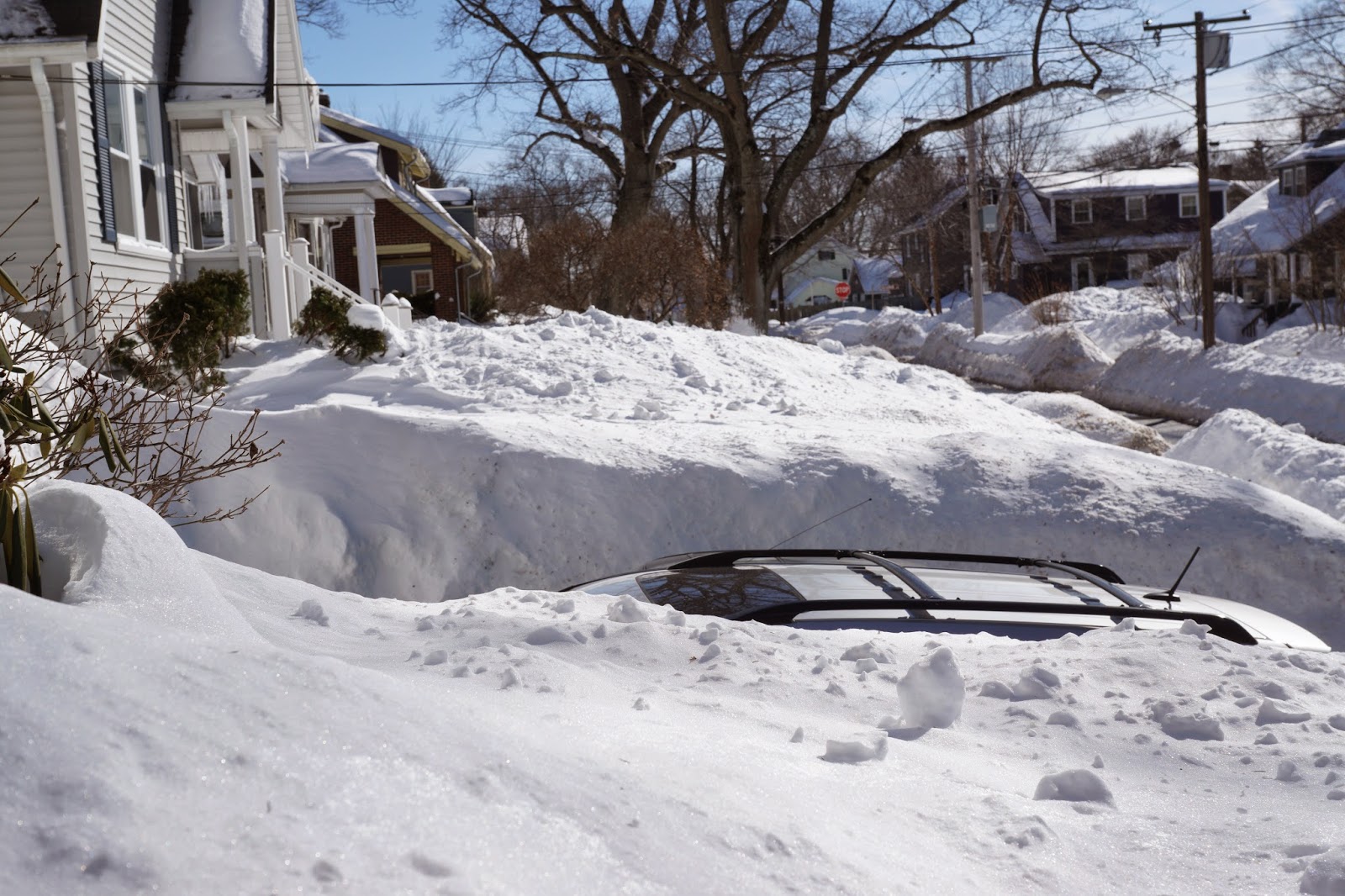 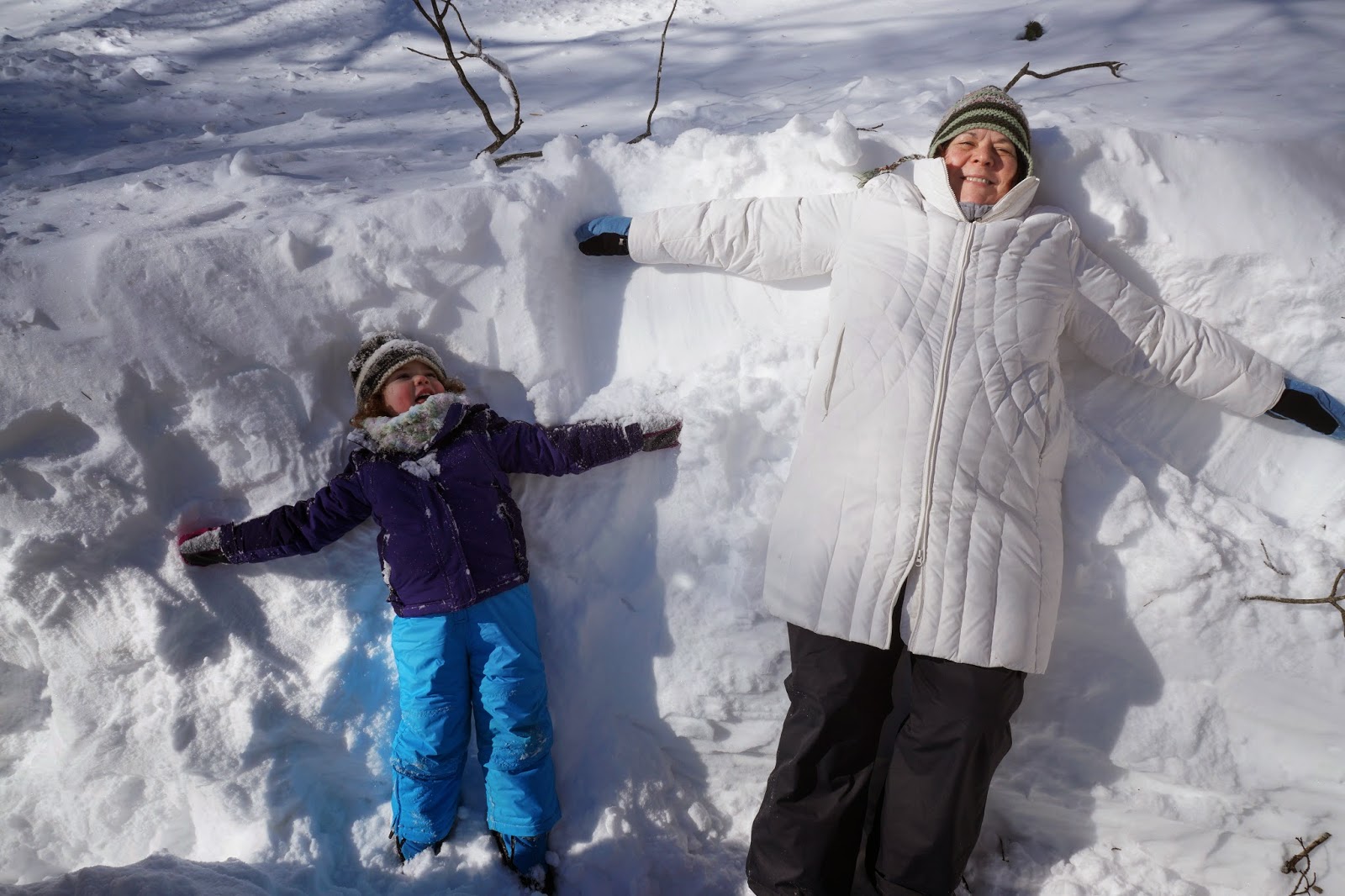 They weren't on the ground... they were leaning back and practically vertical. :-)

We'll be back May 2-3 to conduct a seminar - I believe the snow will be mostly gone by that point!

Until next time
Yours Truly, Gary Friedman