I'll start with the announcements first.  Two new ebooks have been published!

This Month in f2 Cameracraft

Ever wondered what it might be like to make a living as a celebrity photographer?  Gavin Stoker interviews 4 photographers who have been shooting actors and musicians successfully for the past quarter century.  Plus the amazing coastal work of John Miskelly, who was awarded a Fellowship of the British Institute of Professional Photography. 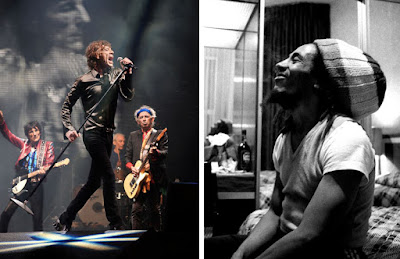 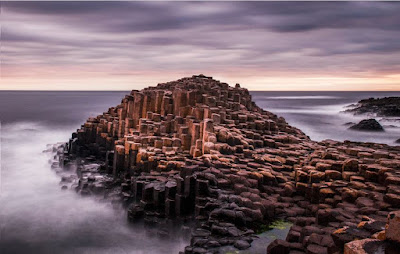 Subscribe today for photography inspiration and insights you just won't find anywhere else! 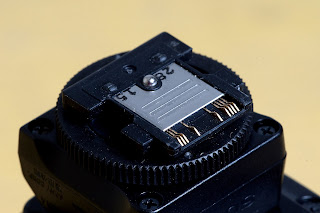 It's no secret that, while I understand why Sony redesigned the camera's flash hot shoe, I am not a fan of the new flash foot.  The pins are too vulnerable and too easily bent with casual use.  Instead of throwing my flash carelessly into my camera bag during run-and-gun assignments, I now have to stop, search for, and affix that tiny little plastic cover to the bottom.  A cover that is small and black and therefore very easy to lose.  (I should know; I've lost five of them.  The fifth is on a bus on Phillip Island somewhere.)  Nuts to that!  I wanted to see if I could invent a way to solve this problem, given that Sony is unlikely to change this new specification.

My first thought was a simple tether, like the kind that attach to lens caps to prevent them from getting lost.  That's still a bother - I want to eliminate the time spent protecting those pins each time.

Next, I started thinking about protective covers that would be automatically moved out of the way once the flash was mounted to the camera:

Not too easy to affix it as a 3rd party product, and the whole concept seemed like a flimsy solution.

Then I thought about creating an intermediate connection layer - a piece that was affixed permanently to the bottom of the flash foot, and another piece which affixed permanently to the camera's hot shoe. This would solve two problems - the vulnerable flash pins, and the pins in the hot shoe which can be prone to shorting out when moisture is present.   Great!  Now all I have to do is devise a reliable 4-conductor mating mechanism.

Oh, wait.  Such a 4-conductor mating mechanism had already been devised, and it's just the right size!  I'm referring of course to the Minolta hot shoe design which Sony abandoned due to market research feedback.  But my solution would have to be strong as well as low-profile in order to be usable.

A prototype appears below.  (Photoshop makes prototyping oh-so-much easier than the old days!)


Scholarly note: Yes, mechanical locking and unlocking would be a requirement.  That is best figured out by the mechanical engineer who also figures out how to make these.  This is just an idea.

While the solution was straightforward, I still felt it was too kludgy.  Plus, a quick trial baloon on SonyAlphaRumors.com showed that a lot of people didn't understand it (even though it was explained two different ways).  Probably not a good commercial venture.  Is there a better solution?

A better idea came to me at 3:00 AM (why does all inspiration have to happen at ungodly hours?).  "Why not have the pins retract when not in use?"  An animated .gif appears below which gets the idea across:

This would require some mechanical engineering work on Sony's side for future flashes - the pins would move using the same mechanism that actuates the locking pins.  And with such a mechanism in place, the nature of the pins could change as well - they could be stiffer and could have a solid backing resulting in more pressure.  Lots of possibilities here.

I submitted this idea to my contacts at Sony, who tell me that the boys in Japan are open to suggestions for future products.  I'm not expecting anything to happen, but I'll let you know if I at least get a response.

Has the new flash foot design ever caused you any problems?  Let me know in the comments below.

New Sony cameras come with a LOT of different focusing modes, all of which are useful but the sheer number of different choices have been known to confound even experienced photographers.  So, for you, this video was created for the Alpha 7R II so you can understand them intuitively.

Bonus: The first thing I talk about is a little-known feature that gives you a "power zoom" for video without having a Power Zoom lens attached!  This trick works for the A6000 as well!

1) I made an error at time marker 9:19, when I said "Horizontal lines".  I should have said "vertical lines".  I blame the cold medicine I was drugged up on when I made this. :-)


Next time: A tale of 2 Portraits (neither of which were done in a studio). 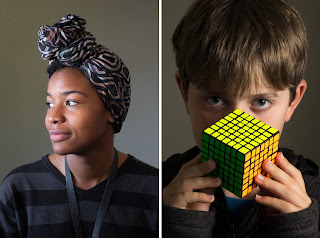