How High-Megapixels Can Lead to Sharper Pictures 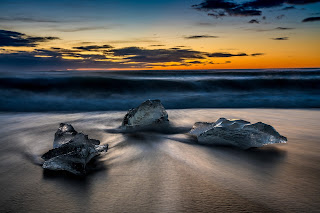 Iceland seems to be the hot place for photographers to go this year.  All of the internet photography celebrities have gone there recently, including Scott Kelby.  Dpreview.com went there to shoot some test images for the Olympus E-M1 II.  And now Carol and I are here as well.

I write about the trip more in the next edition of Cameracraft magazine, but I'll give you the short version here:
The weather wasn't that good, but I managed to come home with some licensable shots.


(You can see more photos from the trip here.)

Now here's the part that really frustrated me.  See those switches on the side of the 70-200 f/4 G lens?  They control many things, including the SteadyShot feature.  And they are easily moved accidentally when you slip the lens into and out of a tight camera bag several times. 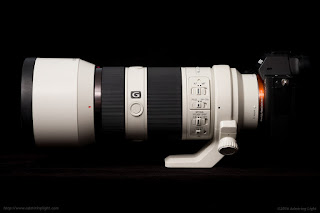 So there were times when I was using the camera handheld in iffy light, thinking SteadyShot would save me.  And I got fuzzy pictures when they really should have been OMG-that's-sharp-what-kind-of-camera-do-you-have?-like quality.  Can something be done in post production?

Normally there's no substitute for proper focusing, but when I was in China teaching English back in 2003, I stumbled upon a technique that bordered on cheating, but it worked and nobody questioned it.  Read about the technique in my blog post from that time.  Essentially, the technique involves downsizing the image and applying Photoshop's Unsharp Mask filter to make things appear sharper to the eye.

But the example from 2003 was with a 5 megapixel camera and shrinking it down to less than 1 MP for web viewing.  Can the same technique be applied to a 42 megapixel image, and make it appear sharper when printed at, say, 8 x 12 inches?

Below is an example of a fuzzy shot that should have been perfect:

So that's another reason why high-megapixel cameras are valuable - they allow you to use this downsize-and-sharpen technique and still have enough megapixels left over for most needs.

It happens every day.  You invest in the best camera body, the best lenses, you try your best to get your hands around all the technical stuff, but you're just not happy with your pictures.  Thinking that "It can't possibly be the camera!", you start delving into learning Photoshop because common wisdom dictates it, only to realize you've spent months traversing the learning curve and you now spend more time in front of your computer than you are taking pictures.  Even though you now understand what all of your camera functions do, your images still don't make people say, "Wow!".

Well, it's not your fault.  There's a conspiracy with the camera industry, backed by the voices of a thousand online paid shills.  The myth they perpetuate is, "If you buy an expensive camera and the latest optics, your pictures will be awesome!", or "If you could master Photoshop, then your pictures will be amazing!"

The truth is actually quite different.  I know because I've used every camera from a plastic Diana camera from the 1960's to today's wiz-bang miracles of engineering, and everything in between.  I've populated my stock image website www.FriedmanArchives.com with images taken with what can only be described as "lesser cameras", using transparancies in an era where there was no such thing as Photoshop.  And I was able to take "Wow!" pictures with such rudimentary equipment.

So what's the secret?

For over a decade, I've been traveling the world conducting the Friedman Archives High-Impact Photography Seminars, which dares to be the lone voice that speaks truth to the camera industry:  If you know the secrets, you can take "Wow!" pictures with any camera.  (Expensive cameras only matter once you've nailed the essential ingredients.)  In these seminars, I build up the basics, step-by-step, in an intuitive way so that once the event is over you will approach your photography differently and you'll be able to annoy your snobbish camera friends when you show you can take great pictures without having to invest in an Otus lens. :-)

Back in 2014 I had this 2-day event professionally videotaped, so that a streaming version could be made available to enthusiast photographers all over the world.  And now, you can possess all of these valuable secrets for yourself!  (These make a great gift, too!)  You can stream or download the videos so you can watch it as much as you want, forever.  Great for moving things from short-term to long-term memory!

Interested in attending a live weekend event?  Seminars for 2017 are scheduled for Tuscon (a private event for a photo club), Edmonton (March), and London / Scotland (November).  Get early access to signing up by sending an email to Gary at Friedman Archives dot com!

The ebook on the Fujifilm X-T2 by Tony Phillips is out!  (And it's getting great reviews.)

The Back Button Focus for your Sony Mirrorless Cameras e-booklet by Ross Warner has been expanded to include hints for the A6300, the A7R II and A7S II.  The book also adds a workaround to disabling AF with Shutter, for those who are reluctant to use that setting. You can purchase it here, or email me with your receipt for the original Back Button Focus ebooklet and I'll send you a download link for the updated version for free.

A Spanish version of the Back-Button Focus ebook is ready as well.

A translation of the A7 II supplement is next.  Watch this space for announcements!

Determining your Shutter Count (and a host of other info)

"Dear Gary, I would like to get my shutter count from my camera.  Do you have a suggestion for a program or online tool that might work?  As always, I appreciate it in advance. - Roland"

Hi, Roland!  Thanks very much for your email.  I get this question a LOT from owners of many different cameras, and until recently I thought the information just wasn't available.  Then I stumbled onto a free program called Picture Information Extractor, which knows how to read all of the non-standard, non-EXIF-compliant information that manufacturers like to record in the image headers but that programs like Photoshop or Lightroom don't know how to decode.  You can download the free version from here:
http://www.picmeta.com/products/picture-information-extractor.htm [yes, this is PC only.  Let me know of a Mac or Linux version in the comments. -GF]

In the case of a Sony A7R II, click on any unprocessed straight-out-of-the-camera file, look at the EXIF tab on the right, and scroll down to where it says "Image Count".  There may be up to three Image Count entries, all with the same number.  That's your shutter count.  (Why 3?  Don't know.) 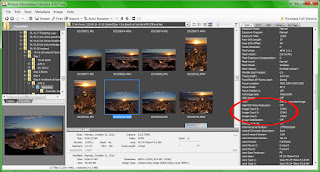 I was actually surprised at what else Sony records in their RAW files.  Perusing the EXIF column I found where the focus point was located (so when you zoom in upon playback it will go to that point), the number of faces detected (and where they were located), the ambient temperature and battery level, the known lens distortion characteristics, which AF points were in focus, and (this is important) a SERIAL NUMBER.  (Might come in handy in court cases where you have to prove that they stole your photo.)  Even the setting for a variable low-pass filter if your camera has that feature. Not all cameras record all variables.  This program is very handy and is much more user friendly that the program I used to use to examine EXIF information, EXIFtool (http://www.sno.phy.queensu.ca/~phil/exiftool )


Next Time in f2 Cameracraft

Brian Ramage's amazing Fine Art Dance Portrait Photography and just how much work goes into getting these shots to look this way.  Subscribe today (and / or give a gift subscription!)


Until nextime...
Yours Truly, Gary Friedman 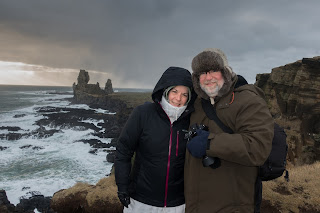