Turn your iPad into a High-Resolution Film Scanner 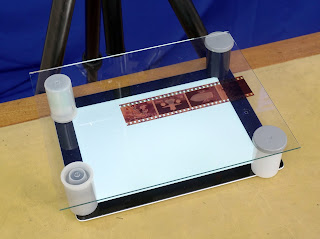 (Okay, that's a misleading headline, since you also need a camera and a macro lens as well.  But it works and the results are great!)
This method works much better than the dedicated film scanners that were once available: Using a 24 megapixel camera, you get a larger file size: 6000 x 4000 pixels versus 3779 x 2522 of the Nikon Coolscan LS-2000 (which continues to gather dust under my desk).  If you use an even higher megapixel camera, you can easily see just how unsharp your old film lenses were.


Here's what you need:


·       A camera with the ability to shoot things that are close.  Ideally this would mean a dedicated macro lens that can fill the frame with a single negative (like a 90 or 100mm macro); worst case it can be an RX-100 zoomed out all the way if you just want something quick and dirty.
·       An iPad (or other tablet) with a "flashlight" app that can turn the screen white.  This is a good example (although by no means the only one).
·       An 8x10 piece of glass with some spacers

Here's what to do:

0.   Use the spacers to mount the glass a few inches above the iPad, and put a negative strip on top.  (I'll explain why the glass is needed below.)
1.     Turn on the flashlight app.  Point the camera at the iPad so the screen fills the camera's frame.
2.     Put the camera into Manual Exposure Mode.
a.    Set the ISO to 100.
b.    Set the f/stop to f/8 (the sweet spot of most lenses)
c.    Set the shutter speed so the camera tells you you're overexposing by 1.7 stops.
d.  Shoot in RAW or RAW + JPG, as you'll probably need to do some extreme manipulation later on.
3.     Perform a Custom White Balance, so the white will really look white.  (This will really be essential if you're shooting color negatives.)
4.     Now compose your shot with one frame of the film strip and make sure some of the sprockets are in the frame.
6.     Using the camera's self-timer, take a picture.
7.     If you shot a negative, you have to turn it into a positive again and make adjustments.  I'll explain how to do that later on. 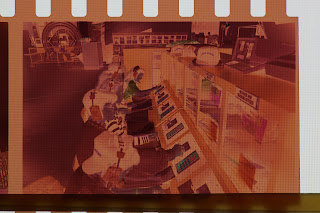 Don't see the problem yet?  Here, have a closer look: 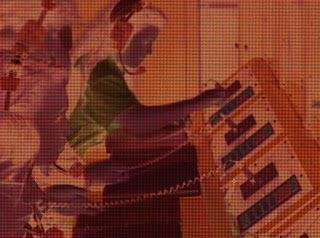 That's right!  You can see the pixel resolution of the retina display.  Not good!

What about using an intermediate layer, like tracing paper? 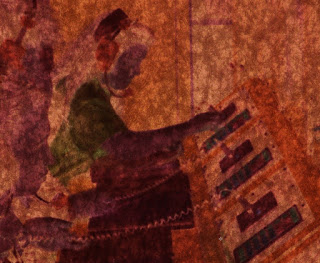 Worse.  I suppose I could have used some white plexiglass, but who has that lying around?  I ended up using a piece of glass I borrowed from a picture frame, and using old film canisters as spacers.  (I knew I saved those for a reason!)  The idea being if you're focused on the negative, the retina display behind it will be out of focus and therefore rendered as a blurred, smooth continuous background. 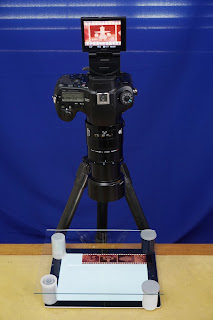 Processing these in Photoshop takes a few steps.  I'll explain how I do it after a few announcements.

The ebook for the Sony RX-100 V is out!  (.epub and .mobi versions coming soon.)  It is being translated into French as we speak.

The Fujifilm X-T2 ebook has been updated, and .epub and .mobi versions are now available.  If  you purchased it from my website then you will be receiving an email with the updates shortly.

The Fujifilm X-Pro2 book by Tony Phillips is being extensively re-worked, adding 30 pages to the volume and enhancing several sections.  If you bought from my website or registered your purchase from elsewhere you'll automatically get the free update.

The ebook for the A6500 is just a couple of weeks away from being finished.  After that I'll start working on the Sony-can't-keep-up-with-the-unexpected-demand A99 II.  Email me at Gary at Friedman Archives dot com if you'd like to be notified when these are ready.

The ebook for the Alpha 6300 is already translated into French (and is in the process of being updated), and is currently being translated into Spanish.  Probablemente se hará en un mes.

Seminars
If you find the learning curve for digital photography is just a tad overwhelming, then the High-Impact Photography Seminar was designed for you!  Clear and intuitive, this course is guaranteed to cut through the confusion and layout the basic principles derived from the world of art.  Learn more about live events and how to purchase a streaming version here.

Next Time in f2 Cameracraft 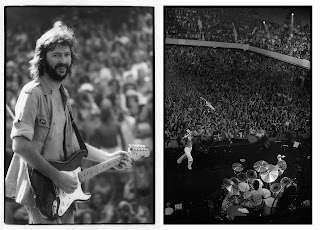 Keith Moon shared magic mushrooms with him.  Jim Morrison leaned on him so he could throw up on an audience member.  Ray Charles stopped a show because of him.  Michael Zagaris hung out with all the rock 'n roll greats of the early 70's and now sits on what he calls "the last untouched rock archive”.   My interview with Michael yielded a lot of incredible stories from the wilder days of the '60's and '70's rock scene.

f2 Cameracraft magazine is the last of the old school publications that put photography on a pedestal.  Subscribe today!  (And read ahead for a free gift!)

Okay, so you've shot a close-up of a negative with a really good backlight.  How to make it useful?  Here's what I did.  These negatives were from a visit to the NASA Space Camp in Huntsville, Alabama from 1992.  Let's process a gratuitous snapshot of me in front of a Saturn V rocket, shall we? 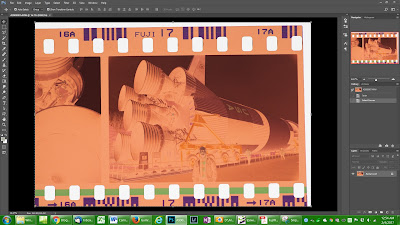 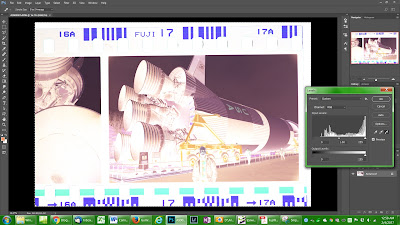 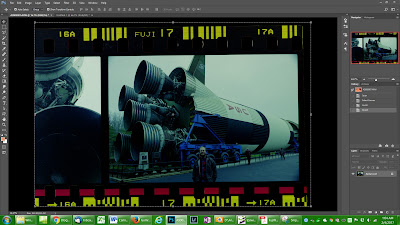 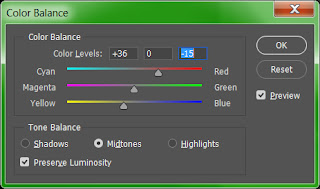 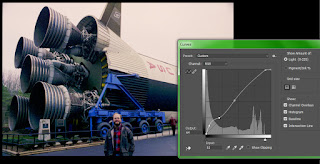 A few more tweaks of color balance and curves and we have a final product! 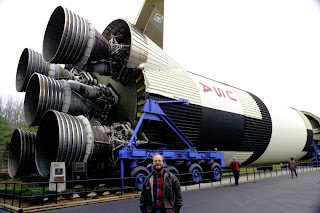 Voila!  So that's a quick-and-dirty slide scanner for those who don't want to invest in expensive dedicated hardware.  If that's too much work, there are actually a lot of photoshop plug-ins which can help automate much of the conversion process for you.  I haven't tried any of them, so feel free to list your favorite tool in the comments section.
===
I'm off to Tuscon in a few days to conduct a seminar.  Oh, and as a reward for reading all the way through, here's a free gift: the electronic edition of the most recent f2 Cameracraft.  Enjoy! 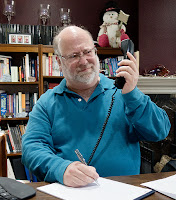