5 Lessons from the UK 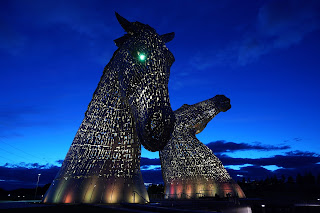 We just returned from a month of travel, first giving 2 seminars in the UK (England and Scotland), and then vacationing in Southern Ireland (EU, not UK).  The light was poor to average; it rained a lot, and I did the best I could with the six total minutes of good light I had. :-)

Lots of pictures to share and lessons regarding those pictures.  I'll be as brief as I can.

An overcast sky can provide nice soft light for portraiture (as long as the sky isn't in the shot), but pretty awful conditions for landscapes.  Here shooting RAW is essential for its expanded dynamic range compared to jpg.  BUT, programs like Lightroom may not allow you to slide the controls enough to do all the correcting you need.

Fortunately, Photoshop has a feature that lets you apply the same controls multiple times until you get what you need.  Just go to FILTER --> CAMERA RAW FILTER... and voila!  The same set of import controls pop up again, allowing you (in this case) to slide the "highlights" slider to the left for even more correction.  I had to reduce the highlights 3 times in order to get the sky dark enough in the Scotsman looking through Binoculars shot (see right example, two images earlier).

This technique was also used in the image below, photographing an amazingly huge public artwork sculpture called "The Kelpies" in Scotland:

RBL stands for Really Bad Light.  (The bane of all photographers.)  Another trick I have up my sleeve for dealing with it is to convert the image to high-contrast black-and-white, using Photoshop's IMAGE --> ADJUSTMENTS --> B&W Control.  Unlike simply desaturating the colors, the B&W control allows you to specify a shade of grey for each color that you have.  Do you want the blue sky to come out dramatically dark?  Slide the blue control to the left.  Light vegetation?  Slide the green control to the right.  Then use the curves tool to place your whites and blacks (for maximum "punch") and you've gone from hopelessly boring to "Wow!  That's a great picture!  What kind of camera do you have?".

This one's not intuitive. Most shots you take in the forest, of mountainscapes, and of vegetation in general will come out overexposed, no matter what brand of camera you shoot with.  Why?  Because your camera's built-in exposure meter is assuming that your subject is reflecting back 18% of the light that hits it.  (Your average subject has 18% reflectivity.  It thinks you're shooting something average.  And by definition, most of the time, you are.)
Anyway, forests, mountains, and landscapes in general (discounting the sky) tend to reflect back much less, and so your camera says "OMG!  I have to let in more light to make this look average!" and so it does.  This is why I set my exposure compensation to -1 when I’m out in the field like this – it corrects for it in the camera.  Many of you might look at the 2nd image and say "That's a little dark for my taste"; however it was an overcast and dark day and these pictures accurately depict how it looked to my eye.

I'm a big fan of twilight shots take at "the blue hour", like the two examples below:

These are the kinds of shots I had envisioned when we returned to the Kelpies to shoot the sculptures at night.  But sometimes the sky doesn't turn blue after sunset, instead turning a yuckky grey-blue to which nobody will say "Wow!": 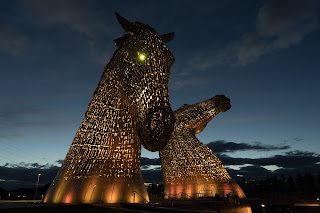 It's OK; but not what I had pre-visualized.  So I decided to try changing the camera's White Balance to "Tungsten", which applies an overall bluish tint to the entire image.  It worked! 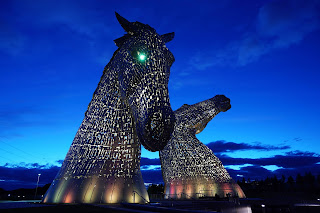 Normally this is a dangerous technique, since it also casts a blue cast over your subject as well.  But the illumination at this particular moment was an incandescent yellow, which I knew would cancel the blue cast, making the subject appear white.  There were about a dozen other photographers out there that night; I'm pretty confident none of them got a shot that looked like this.

5. Always have a camera with you!

At 10:00 PM after a good day of driving we checked into the hotel and went downstairs to have dinner.  When I saw this rainbow outside shortly thereafter there was no time to run back to the room and grab my camera (which was charging at the time); so I whipped out my trusty RX-100 V and got two pretty awesome establishing shots.  This is why God created the RX-100.  :-) 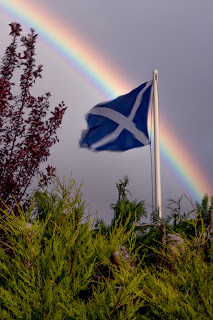 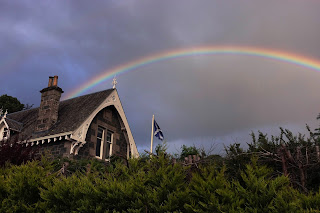 More images after a few announcements.

Cameracraft magazine has received a lot of accolades over the past 5 years of its existence.  Most recently it's excellence in content and production has been recognized by the Guild of Photographers, whose members will now start receiving copies as part of their membership.  It's nice to have hard work recognized like that.
Discover what other subscribers already know - how we combine the best production in the business (along with gear insights you simply won't find anywhere else).  Subscribe today!

The last Friedman Archives High-Impact Photography Seminar for the year will take place in Tacoma, Washington, the last weekend in August.  Come join us!  (And if you can't, there's always the streaming version...)

Taking suggestions on where to hold seminars in 2017.  Let me know if your photo club would like to host!  My seminar can bring all members to the same level and challenge the common misconceptions that the older folks still hold dear.  Your club will be abuzz for months.

[BTW, I can't help but share this email I received from one of the Manchester attendees shortly after the event!]

This month there are two new updates to the Fujifilm X-Pro2 and and X-T2 ebooks by Tony Phillips, covering new features introduced with the most recent firmware updates.

Also, YES, I'll be working on a book for the Sony A9 in the next couple of months, and Tony Phillips is working on the Olympus E-M1 II ebook at the same time.  Send me an email (Gary at Friedman Archives dot com) if you'd like to be added to the notification list for either of these titles! 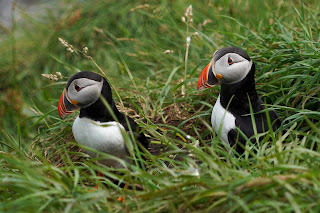 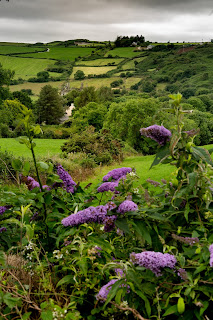 I'm experimenting with a new home page that's cleaner and runs on Javascript (yeah, I know...)  Feedback on this experimental page is welcome.  The original one is still untouched for comparison.


My most memorable evening in Scotland - enjoying real folk music made by a circle of friends (not some tourist performance). I promised a compilation of the music, and here it is -- shot in 4K no less with my trusty RX-100.  David Kilpatrick sings and plays at the end.