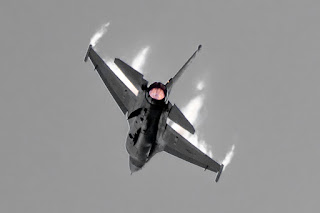 Also in this issue:
Let's start with the announcements first.
In the Pipeline

My Sony RX-10 IV arrived earlier today (amazing camera), which means the new ebook is just a couple of months away.  I'll also be working on the just-announced Sony A7R III once it ships.  Email me at Gary at Friedman Archives dot com to be notified when either of these are ready!

Sony A9 and Fujifilm X-100F .epub and .mobi files are finally done.  Owners should already have been notified.

Olympus E-M1 II .epub and .mobi files are next; and yes, you'll be automatically notified when they're done.

I'll Speak at your Camera Club - for FREE!!!

You read that right.  And I'll go anywhere in the world to do it.  Camera clubs love my talks because I often force people to challenge their own long-held beliefs.  Have your camera club president contact me for details.

A new FB group centering around portrait photography and lighting has been started by master Portrait Photographer Brian Ramage. All are welcome to join, no matter the skill level. (I've been named an administrator to the group - I'm very proud.)  More info here: https://www.facebook.com/groups/LearnPortraitPhotography/  Come join us!

The Best Sony Cameras So Far


(Footnote: I should have mentioned the A7S and/or A7S II.  This is what happens when you don't use a teleprompter. :-) )

It seems that there's a conspiracy against photographers by people who plan air shows.  I'm speaking particularly about the Huntington Beach, California air show in my home town.  It's a great tourist event, but they always schedule it at the time of day when you have to look into the sun in order to see the planes.  Fine if you're a spectator; awful if you plan on using a camera.

So what did I do?  Here's a short laundry list of techniques that, taken together, increased my chances of a usable shot.

First, the gear.  The A9's not needed here; as the distance between the camera and subject isn't changing all that much, and 20 fps is simply not needed.  My wife and grandkids were with us, and so I brought a lot of cameras that might do the job - all APS-C bodies so I would have the benefit of the 1.5x crop factor when full-frame lenses were attached:
All cameras were set to Shutter Priority mode at 1/2000th of a second, the fastest drive mode available, wide-area AF, and Continuous Autofocus (AF-C).  "Why not use a center focus point?" I hear you ask.  Because there were many occasions when the planes appeared without warning and I needed as much automation as possible to increase the chances of getting a sharp image.  Plus, with rare exception there was no distracting background subjects, meaning the AF would not be fooled.

So which one came out with the best results?

Let's start with the RX-10 II.  I gave it to one of the grandkids, set it to .jpg only, and enabled Digital Zoom feature, turning it into a 24-800mm lens.  Yuk!  It could track the planes OK but the results we got from the Digital Zoom feature pretty much validates my recommendation not to use this feature  unless you're shooting video.  (Click on any image to view it larger.)

The A77 II did a little better with an effective focal length of 450mm, but it had a (relatively) harder time acquiring initial focus. 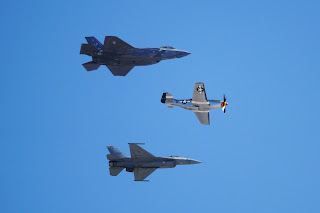 The worst AF acquisition and tracking performance was the decade-old A700, which is no surprise and serves as a reminder of just how far modern cameras have come.  When the planes were far away, they would be positioned between the phase-detect autofocus points and the AF just got confused.

The best AF tracking and best image quality (due to that awesome white Sony lens) was the A6500.  Even when the planes were far away, it never got between focus points because there are SO MANY baked-in PDAF points that it was impossible to miss the tiny speck.  :-)

Now then, the bad light.  There were a few situations where I had warnings that the planes were coming behind me; for those I could turn around and for a precious few seconds I had good light.  That's the A6500 image posted above.  The rest I had to shoot RAW and post-process to brighten the shadows (since the planes were backlit, they were ALL shadow).

Here's a situation where shooting RAW provides your best hope of having the images pop.  Or does it?  Just for fun I took the out-of-camera .jpg and applied the same tweaks as outlined above, using  Photoshop's RAW camera filter: 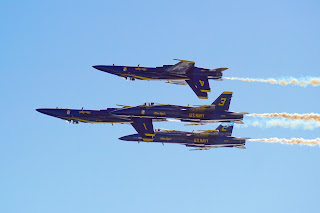 Moral: .jpgs are more malleable than you thought. :-)

So now I have shots that are just like 98% of the other competent photographers that were at the event.  What can I do to make mine stand out a little bit?  One trick I have up my sleeve is to convert it to B&W ("It's more artistic!") but keep a tinge of color.  So I de-saturated most, but not all, of the colors.

After cropping, here's what I did in Lightroom: