I Know What I Did Last Summer 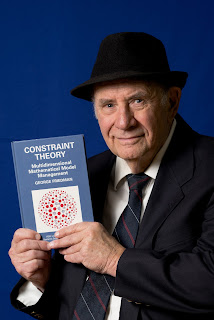 Let's do the quick things first.

Olympus E-M1 II by Tony Phillips is now out!

The Sony Alpha 9 ebook is out too!  And to help cut through some of the confusion for people coming to the A9 from different camera brands, here are two videos I made:

A lot of people ask me technical questions about many photography subjects, and I try my best to answer them via email.  But sometimes the questions are deeper an what can properly be handled in an email conversation, and so for those who need it I'm now offering a Skype AMA (Ask Me Anything) service.  $25 for 15 minutes.  (Such a deal!)  Contact me for more info and to schedule a time.

I talk with Cheryl Walsh who creates these amazing underwater portraits in the pool of her backyard. :-)  Subscribe to Cameracraft magazine and see some amazing creativity along with technical insights into equipment that you just won't find anywhere else. 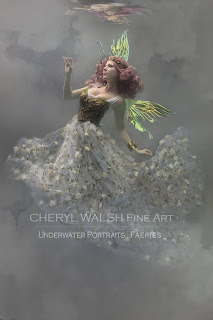 Next Seminars
August marked the 10th anniversary of The Friedman Archives High-Impact Photography Seminars, spreading clarity, intuition and common sense in an industry that desperately needs it.  :-)  Here's what one of the local photo club presidents had to say about a seminar I did just for their club:

"Gary is an entertaining speaker, and came prepared with excellent slides, handouts to facilitate note taking, effective demos, and even some “freebies” that he provided for the attendees. He’s able to take complicated topics and present them to people who may not be technically proficient.  If you are considering hosting a seminar on any aspect of photography, I’d suggest you consider Gary’s program. I know anyone that attends will find much to learn, or re-learn, especially as it relates to controversial topics such as “RAW versus JPG”. - John Triebe, President, Digital Imaging Group, SaddleBrooke

There has been no time to plan any others, which means 2018 is wide open.  Have your photo club get in touch with me - I'll bring the seminar anywhere in the world where we can gather 40+ people.  Your club will be abuzz for months and everything will be brought up to the same level which of course helps future learning.

Not a member of a photo club?  Then this is for you!

Last November, I shared with you some photographic lessons from our trip to Iceland.  In that blog post I sang the praises of our photo guide, Óli Haukur from Enroute.is who was not only an outstanding guide, but also an excellent photographer, making him the one you want to take you to all the right photo locations at all the right times of day.

Óli is now branching out, and conducting photo tours of Myanmar, about as opposite as Iceland as you can get. :-)  His next event happens in December and I can't recommend his tours highly enough.  Find out more at https://www.enroute.is/tours/myanmar-photo-workshop-2017/  Save yourself days of research and planning, and enjoy your trip instead! :-) 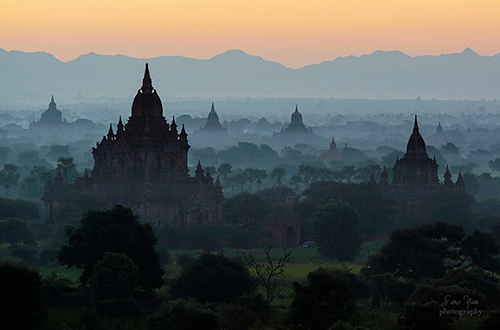 Last month's blog was published before it was fully finished, but I had to leave on a 3-week trip.  The point of the post was that out-of-camera high-ISO JPGs are now so much better than those from just 5 years ago that I hardly ever process the RAW files anymore to obtain cleaner output.  And while I showed how good the new .jpgs are from modern cameras, I neglected to show a comparison from an older camera.  That's been fixed.

I Know What I Did Last Summer

[Note: This has little to do with photography.  I do this from time to time.  GF]

Last year I alluded to a major project I was working on that was occupying quite a bit of time.  The project was the 2nd edition of my father's book on Constraint Theory, the groundbreaking Systems Engineering theory on which his Ph.D. dissertation was based and which he's been teaching at USC at the graduate level for the last 20 years.

What made it a melancholy event is that my Dad has Alzheimer's disease, and the book was finally published a few months after he had to stop teaching because of his memory loss.

Constraint Theory is most useful for extremely large engineering projects, like a military aircraft, where you have millions of requirements and millions of unknowns for which you have to solve.  Very often these requirements conflict with each other yet nobody realizes it, resulting in inevitable cost overruns and schedule slips.  My dad's theory can quickly identify the conflicts within a computer model of the project, and even offer suggestions on how to resolve them, all without needing to do an exhaustive, brute-force search of all the variables which can take lifetimes via computer, even for systems of low complexity.

Back in 2004 my father and I created the first edition of the book; and last summer I worked closely with one of his graduate students who had taken my Dad's theory to the next level, making it about a trillion times more efficient. 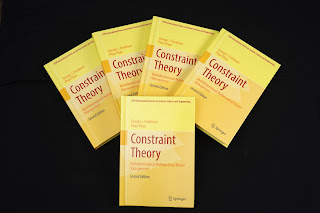 I inherited a lot from my dad, including the tendency to see problems and come up to solutions to those problems long before the rest of the world realized there was even a problem.  (A bad thing if you're an inventor!)  And so I truly believe that 100 years from now, history will judge my efforts on these books to be one of the most important things I've ever done - even if the world doesn't fully realize that there's a problem right now.

The new edition is now available from Springer Academic Publishers, and my Dad's groundbreaking theory will continue to be taught at the USC School of Engineering for the foreseeable future.

I haven't worked with conventional publishers for a long time, and so in the process of making this book I took a special interest in how they handled the conversions for the Kindle and other e-readers (a problem that has plagued me for quite some time).  It's especially difficult if your text contains a lot of figures, tables, and equations (as my books do).  Anyway, the big publishing companies haven't really solved the problem either.  They outsource the conversion to India where it's coded by hand and literally takes months and they don't really respect the value of the layout you provided unless you complain loudly.  (That added even more months to the project.)

More detail about Constraint Theory can be found here.
Need Your Help

I'm in need of a program that searches my local hard drives for a particular image (and slight variations of that image, such as different size, slightly photoshopped, etc.)  I'm not talking about popular programs like "Dup Detector" which will point out ALL duplicates of ALL of your images on your hard drive - I want to tell it to find a specific image.  Kind of like doing a web search for an image, but on your local drive (on a Windows 7 machine in my case).

I've tried a few - ImgSeek, VisiPics, VS Duplicate Image Finder, Duplicate Photo Finder, Similar Images... these all either crashed when indexing my drive, or didn't allow me to specify an image.  Suggestions in the comments section would be much appreciated! 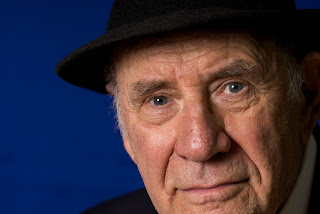