Another Reason to Shoot 4K

Also in this issue:
Another Reason to Shoot 4K
Quick!  How many cameras were used to make this cheezy video of my wife and me learning to play the "Ugly Stick" in a recent trip to Newfoundland, Canada?

If you said "Five", you should know I never travel with that many cameras.
I actually used one camera and one tripod, as shown in the video below:

Boring, right?  This is the same kind of Boring that happens when you record your kid's performance or recital by placing one camera in the back of the auditorium.  It may jog a memory, but it's boring to watch.

So what did I do to spice it up?  Yes, I zoomed in, but normally that would just make things look pixelated.  So to make this work I shot in 4K and I rendered in HD.

Here's how that works: 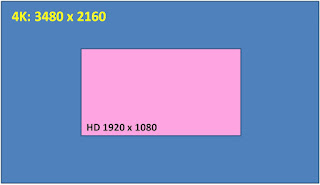 4K captures significantly more pixels than your standard HD video, which means you can take that pink rectangle and move it around anywhere in the frame to get your close-ups.  Since your final output file will be 1920 x 1080, you won't notice any pixelation when viewing.

If you're new to video you might be scratching your head.  "Can I do this in iMovie?"  The answer is yes, and if you google  "does imovie let you pan and zoom in 4k?" you'll get a ton of tutorials on how to do it.  (Here's one.)  If you're on a Microsoft platform there's an affordable (USD $60) program called Filmora which seems to do everything that iMovie can do.  Here's a video showing how to pan and zoom in 4k using this software.

(Me?  I used the high-end software "Magix Vegas" for my video editing; Adobe Premier will work too but both of these are high-end packages that cost hundreds of dollars and I know full well most of you are just not that into video.)

BUT... learning this stuff can make your videos more compelling!

Last weekend Brian Ramage and I conducted a Portrait Lighting Workshop.  Not sure who had more fun - the participants or the presenters. :-)  It was a long, jam-packed day, where everything from basic camera operation and settings were covered, as well as various lighting setups and situations from LED panels, so HSS strobes and large softboxes, to natural window light, as well as natural light and strobes in midday sun.  Below are some random shots. 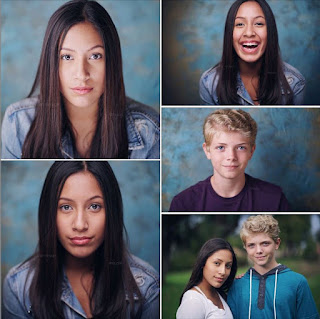 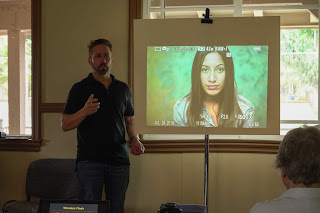 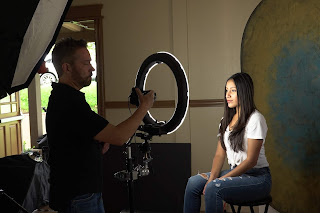 Any more events coming up?

The next Friedman Archives Seminars are listed below:

Know of a photo club that wants to bring me out?  If they do I'll speak at their meeting for free!  Get in touch with me at Gary at Friedman Archives dot com.

The ebook on the Sony RX100 VI and RX100 VA should be finished in just a couple of weeks.  Let me know if you'd like to be notified when it's ready.

The new ebook on the Fujifilm X-H1 is now complete, and e-reader editions are just a couple of weeks away!

Tony Phillips has also released free updates for the Fujifilm X-T2 and X100F cameras, covering the latest firmware.  Owners should have received automated updates by now.

If you've ever asked me a camera-related question via email, and were shocked by the fast and personal response, well, you can thank me by donating to my next charity project: I'll be documenting a humanitarian organization in Vietnam that's working to provide lasting improvement to an impoverished section of the country.  (I learned from my time in the Soviet Union that some stories just need to be told!)

The trip is made possible by Photographers Without Borders, and you can support my December trip here.  Thank you in advance for your ongoing support! 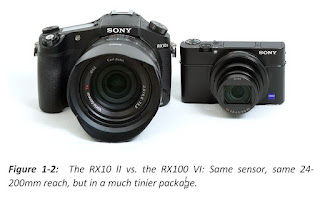 I wondered the same thing, and so I did a quick test, pitting the RX100 VI against a 24MP full-frame Sony A7 with the superb 70-200 f/4 E-mount lens.  (The trick was figuring out how to trigger the studio lights using the RX100's pop-up flash.)  The results are shown below, however you may wish to download these to examine them: https://bit.ly/2O6kzbx .  Remember, if you have to pixel peep to see a difference, then the difference is not meaningful.

I suspect that when printed they will look identical, and I will test that theory in the Atlanta seminar in just a couple of weeks! 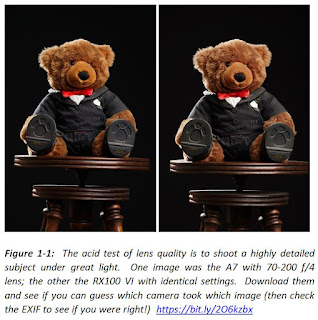 What do the demise of Minolta, an award from Yahoo!Groups, Honeywell, and a thriving independent photography magazine have in common?  It's a story with many unlikely beginnings that only I can tell. :-)  Subscribe today!