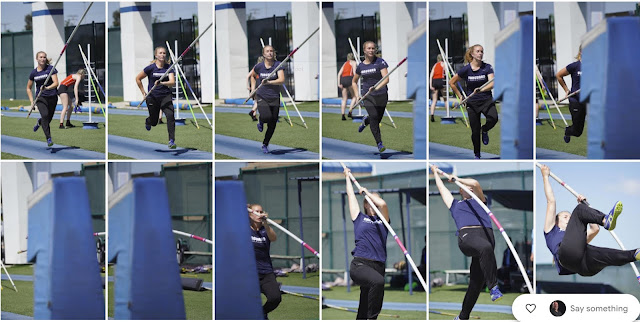 So here I was photographing a track meet at a local college.  And I brought the new Sony A6400 which is said to track subjects as well as the A9 with Firmware v5 (yet costs thousands less!).

I wrote up my findings and submitted a whole string of sample sequences for the latest issue of Cameracraft magazine.  One of the sequences had the camera successfully track a pole vaulter even though the athlete was partially obscured for a few shots (some samples from that sequence appear above).  This prompted David Kilpatrick, the magazine's editor, to proclaim, "[T]he sequence is very impressive as I’m not sure any camera I use now (A6500, A7RIII, Olympus) would hold focus on the subject in these circumstances."

But, I found a problem.  Which I'll relate to you in a bit. 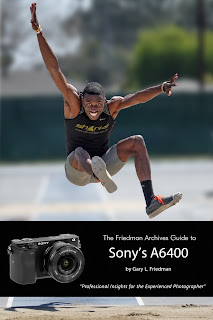 Did I mention that the ebook for the Sony A6400 is out?

Next in line is the supplement for the A7 III v3, and the e-reader versions of the A6400 book.

All of the supplements are automatically distributed for free to those who bought the ebooks from my website or those who registered their purchases outside of my website with me.

The Las Vegas seminar has come and gone, as did the classic Cadillac show, which because of harsh light was a great commercial for shooting RAW and pulling back the highlights and bringing out the shadows.


Because I'm busy with other projects I'm only doing one other seminar this year, in Copenhagen September 14-15th.  Haven't had time to create a signup page yet but if  you're interested in attending email me at Gary at Friedman Archives dot com and I'll send you additional information.

Seminars coming in 2020 are Kiawah Island, South Carolina in April and St. Louis, Missouri in May.  Why these two locations?  Photo clubs have reached out to me to take me up on their offer to speak to their club for FREE.  Have your photo club email me for more details.  And please email me if you'd like to be on the notification list for any of these events.

The One Flaw I found

Getting back to the track meet...

Very early in the day I started noticing that the tracking would go well until suddenly it didn't. 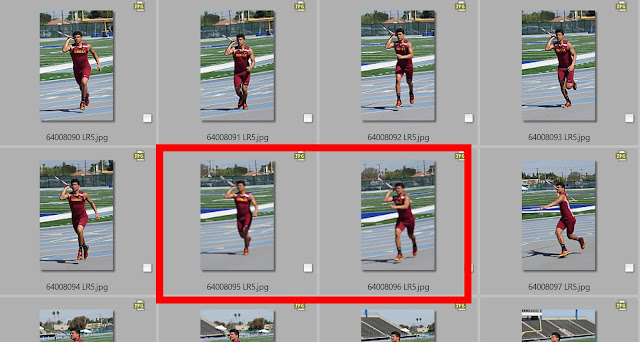 This shouldn't have happened since the subject was very clear and obscured and even a lesser camera should have had no trouble following it.  I had to take my finger off the shutter release button and re-press it again and all was good.  This happened twice before I gave myself a time-out to figure out what was going on.

Playing back the images in "full data mode", I saw the problem right away: I was zooming out during a continuous shooting sequence, and the camera had a hard time handling that.  Even though I was using a parfocal lens (the Sony 70-200 f/4 G OSS, whose focusing distance doesn't change as you zoom in or out).


Once I stopped trying to zoom during continuous shooting sequences, the rest of the day's action came out flawlessly.  Magazines are limited in the examples they can show you; however you can see many more successful athletic sequences at this Google Photos gallery: https://photos.app.goo.gl/dFvgp7APB66pX5e46  (Remember, the first two sequences contain the flaws; the rest are great.)

This is a short blog post because I'm traveling this month - Boston, Pennsylvania, New York, and Nova Scotia.  I'll have some interesting stories to tell very soon.

Next time: Shooting BTS photos on a time-travel pirate movie with actor Malcolm McDowell, in lighting conditions you would think would be ideal for a camera. :-) 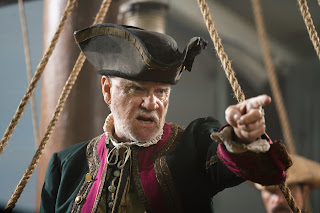