Wireless Flash vs. the Adjustment Brush 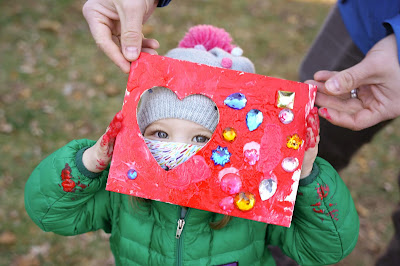 My first shooting gig in Boston was a cool venture called Backyartists, a company started by two experienced early childhood educators. Backyartists mostly caters to local families with pre-school aged children, but they also ship out seasonal and holiday boxes of open-ended process art and sensory activities for kids ages 3-9.  Today I was taking marketing shots of their Friendship & Love box, for Valentine’s Day.
My goal was to create images they couldn't easily make with their smartphones.  I used an f/2.8 lens shooting wide open so the background would be beautifully de-focused, and had their backs to the sun so that their hair (or hats in this case) were illuminated, giving them a certain glow.  Wireless flash (with my usual paper diffuser) was used to illuminate the faces, completing the look.  If I do a good job, you won't even notice that I used a flash, although you might subconsciously pick up that there was something special about the pictures.  (Click on any image to view larger and sharper.) 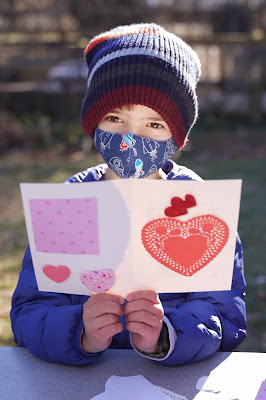 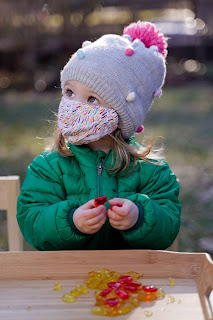 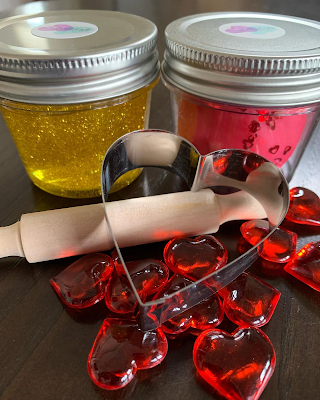 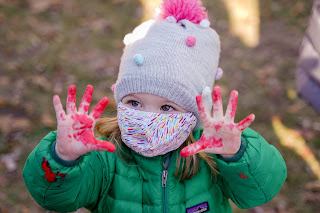 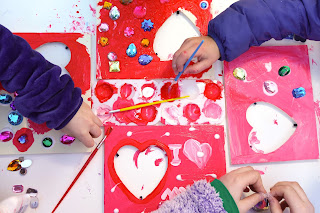 I shot minimalistically (that's a word!) - A7R IV and a small Godox flash and a paper flash diffuser.  Being small, the flash didn't always recycle in time and so I ended up with some shots that were darker than I'd like.  Can I fix it by lightening the parts that the flash would have illuminated, like I did way back in 2015? 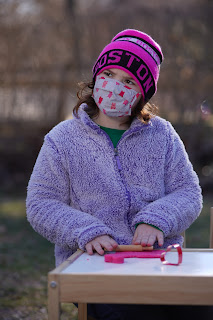 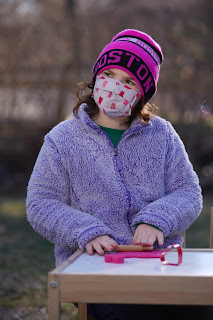 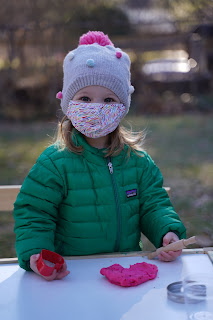 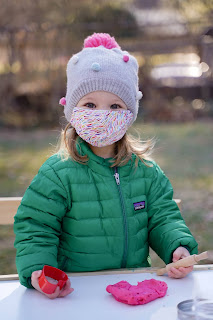 So in this instance I could have dispensed with the expensive flash and just spent more time in front of my computer (AAUUUGGGHHH!!).  But this is a mild case.  Is it universally true?  After all, you can do some pretty dramatic stuff with wireless flash!
So let's have a contest.  Below is a set of before and after images taken from my blog post of 2015, which talked about lighting for environmental portraits.
Can you take the first picture above and turn it into the 2nd picture using the post-processing tool of your choice?  Links to the raw files are here.  Send your best efforts to info at Friedman Archives dot com .  The winner will receive both fame and glory in next month's blog. :-)  Let's see if wireless flash still has a place in the smartphone era.
A7S III Obscurities
The book on the A7S III is taking forever because pretty much everything has either been moved around or completely re-implemented with new options and new names.  And the menus change depending upon the position of the exposure mode dial.  I don't mean that certain items get greyed out like before, I mean the menu items just vanish, and the remaining items get renumbered.  (See example below.)  Great if you're worried about too much clutter in your menus; unfortunate if you're writing a book about the camera and you want to have a short-hand notation for menu items.
Another thing I'm learning is that nothing on God's green earth can open the .HIF files produced by this camera.  HIEF is a new High Efficiency Image Format that may one day become as ubiquitous as .jpg.  It can represent still images at half the size of .jpgs, uses 10 bits per channel instead of 8 bits (allowing it to hold a higher dynamic range), and can also accommodate audio, video, and store more information than conventional EXIF data fields.  Originally standardized in 2015 and officially embraced by Apple in 2017, HEIF (or specifically .HEIC files as output by iOS devices) is becoming the defacto standard for smartphone images not only for its small file size but also for its ability to store distance information from newer smartphones that have time-of-flight sensors.  Smartphones can use this information to provide progressive levels of Gaussian Blur to areas of an image further away, allowing them to take pictures that look like they were taken by an expensive f/2.8 telephoto.

The problem with the .HIF file (as produced by the A7S III) is that nothing can open them.  Not Photoshop; not Sony’s Imaging Edge Desktop suite, not Windows 10 with HEIF codecs installed, and not even Mac computers (even when the extension was renamed to .HEIC – only the thumbnail was recoverable).  Sony DOES provide free software conversion tool which converts .HIF files to either .JPG or .TIF, though, making the format just somewhat useful.  This program only works on images shot on an A7S III and not on other cameras (such as an iphone).

Of course I don't mean to sound negative.  How wonderful it is to have this legendary low-light camera with phase-detect AF built-in!  It's the professional video camera in a tiny package; and has been called the affordable FX-6.  Professional videographers are flocking to it.  And you can pre-order my book on it at a discount here.

Streaming Seminar On Sale
The worst of the pandemic will probably be over in a few months when the vaccines roll out, so why not make good use of your remaining isolation time and learn the secrets to "Wow!" photography that would make you an Instagram star?
The streaming version of The Friedman Archives Seminars are on sale for the next 30 days!  Take advantage of my world-famous technique for explaining complex things in an understandable way, and showing you hot to take images that make you say "Wow!" without spending your life learning Photoshop.  Use discount code secretsrevealed during checkout to get your discount!
Next time in Cameracraft Magazine
The March/April issue out March 1st
Cameracraft is among the last of the great printed photo magazines.  Subscribe now and see what you've been missing!
In the Pipeline
Well, you know about the A7S III book that is still in the works, which you can pre-order at a discount here.
And e-reader versions of the Sony A7C and Olympus E-M1 III books are out too!
The book on the A7R IV is almost finished being translated into Spanish.  Envíeme un correo electrónico a Gary at Friedman Archives punto com si desea ser notificado.
And of course, The Sony A1 is out.  If I get enough email requests I'll write a book on it.  Send your requests to Gary at Friedman Archives dot com.
Zoom Talks for your Photo Club

Over the past 9 months I've given Zoom lectures to about 35 photo clubs the world over, which has been one of the few highlights for me during this pandemic, since I love teaching and talking with other photographers.  I can do this for your photo club as well!  Contact me to discuss details.
Until next time,
Yours Truly, Gary Friedman
at February 13, 2021