The Best Story I Ever Told... 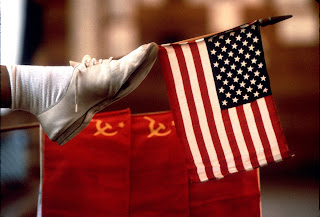 In the summer of 1988, I was a photojournalist for a pioneering cultural exchange between Soviet and American high school students in the Republic of Latvia.  This was the era of Gorbachev, the era of Glasnost and Perestroika, and the beginning of the end of the Cold War with the “Evil Empire”.  Through the catalyst of a musical play called “Peace Child”, these 15 American and 15 Latvian high school students dealt with the (then) very real fear of nuclear war between the U.S. and the Soviet Union.  Their play toured through Latvia and brought audiences to tears.  And the participants developed a friendship so strong that they had to be torn apart when saying good-bye just so they could make the departing train.  If there was ever a great way to bring two warring countries together, exchanges like this are a wonderful and meaningful way to start.
Armed with my cameras, a tape recorder, and about 150 rolls of slide film, I documented the exchange with the intent of telling this important story back in America.  The multi-media presentation that resulted has won awards and has moved American audiences to tears as well.  Good stories can do that. 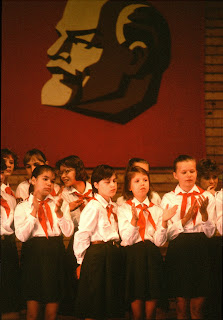 When I first heard about Peace Child two years earlier, I was fascinated by the mission and the stories a past participant had told me.  I thought this organization was doing something brave, risky, out-of-the-box, important, and… obscure.  Nobody in the states had heard of them.  So I decided that this story should be told.  I got involved in the organization, learned enough Russian to be dangerous, and two years later became an “embedded photographer” in a subsequent exchange for the sole purpose of documenting one of these cultural exchanges and bringing the story home to American audiences.
Just one problem – I was a NASA engineer at the time, and as such you just can’t go to the Soviet Union on your vacation without raising a few eyebrows with the State Department.  Okay, two problems – my father AND my brother both worked for a major defense contractor, and my trip to Latvia could have derailed both of their careers had I not handled this carefully. 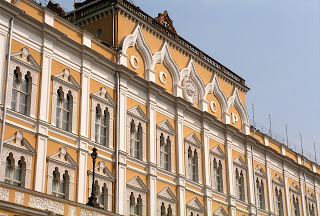 My father, who historically has always supported questionable endeavors like this, advised me to be as transparent as possible with the security teams of NASA and the defense contractor.  Tell them where you’re going and why; take their traveler’s training which told me what to look out for (“Their supplied translators will all be KGB!”; “KGB members will approach you”), and finally come home and be “debriefed” – tell them where you went, who you saw, and who approached you wanting to buy secrets. 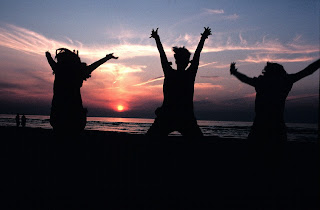 The trip would last one month and I couldn’t count on buying any supplies (like film or batteries) once there.  I took what seemed like the heaviest camera bag in the world, containing: 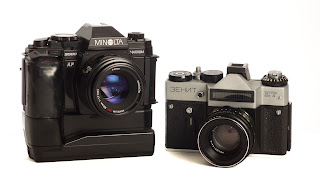 I will say I was a little smug being an American and walking into Russia with the best camera in the world at the time, while seeing what passed for state-of-the-art Soviet cameras used by local photojournalists – the Zenit which appeared to me like a German camera from 40 years earlier.  Then I realized that their purely mechanical cameras would work in Siberia in the wintertime, a scenario where my high-tech camera would surely fail (batteries and electronics just don’t work when it’s that cold).
The trip was wonderful and went exactly as expected.  The kids had only 10 days to put a show together, and then they went on tour to take their message to the people.  The theatres were packed and the audiences reacted with enthusiasm and tears (just as I heard they would!)  And the teenagers involved became the best of friends, which is always what happens in theatre. 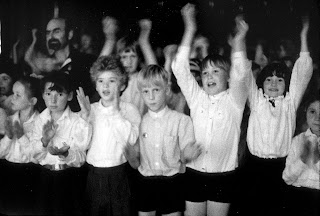 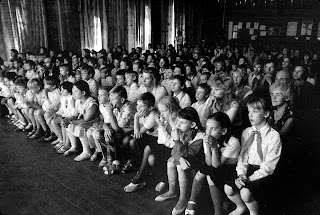 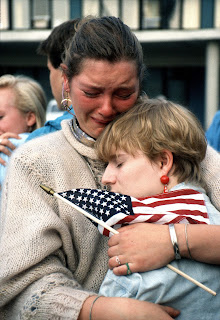 At the end of the one-month tour, tears were the order of the day when it was time to depart. The cultural exchange had achieved its short-term goals.  (Possibly the long-term goals too, since the Soviet Union has since dissolved, although it’s difficult to ascertain whether these cultural exchanges had anything to do with that.)
The multi-media presentation is below; grab some popcorn and make sure you have the gear icon on the youtube player set to 1080p for maximum quality!  And read on for some behind-the-scenes stories from this trip.
Some Anecdotes From Behind the Scenes
This work was done in 1988, back when the term "multi-media" meant two slide projectors and synchronized music (and I kept the narration live just to give the show a sense of presence).  I am probably the only photographer in the world to have also designed and built his own slide projector dissolve unit from scratch, including hardware design and assembly language programming, because the units available at the time did not meet my needs.  You can read about how I did it in Chapter 10 of my 1987 book, "Control the World with HP-IL", available for free here.
I went back to Latvia in 2008 for a 30th anniversary reunion.  The country had changed considerably.  After the Soviet Union fell apart, the Latvians kicked all the Russians out and reclaimed their land and property.  But the economy – which is still primarily agriculture-based – is struggling.  In a fit of irony, it relies on the insanely wealthy Russians (something else that never used to be) who now reside in Riga.  Moscow now houses some of the most expensive real estate in the world. 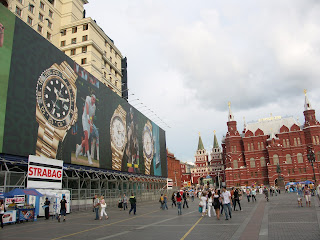 Next month: Computational Photography
Until then,
Yours Truly, Gary Friedman 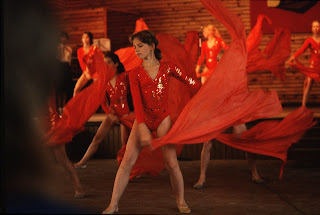