Better Autumn Photos in One Minute 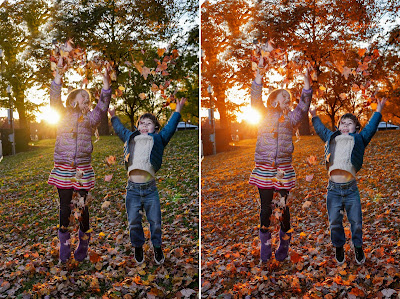 Also in this issue:
Better Autumn Photos in One Minute
It's fall everyone.  (At least it's supposed to be, although there's little evidence of it in Massachusetts this year.)
The first trick to getting great results (with ANY foliage, really) is have great light and a contrasting sky.  (Click on any image to view it larger and sharper): 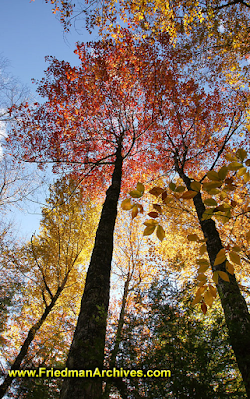 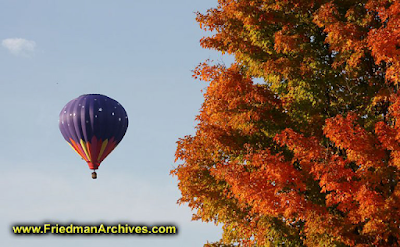 This year however, the fall colors were just blah: 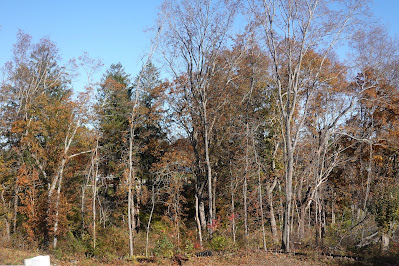 Can we use Photoshop to lie about reality and get "likes" on Social Media?  (Okay, that's a rhetorical question, for everyone knows the word "Photoshop" is synonymous with lying.)
Here's the one-minute trick: First, add a new Selective Color Adjustment layer on top of the background, and adjust the sliders as shown below for the Green and the Yellow colors.  This essentially tells PS to shift these specific colors in the image.  (Make sure you de-select your subjects first if they’re wearing green!).  You can add a 2nd Selective Color layer and adjust those sliders too if you like to intensify the effect.  That’s it! 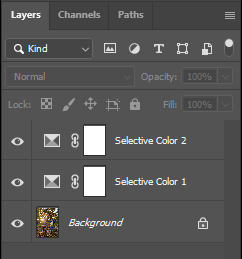 You can use the same technique to make the leaves red too: 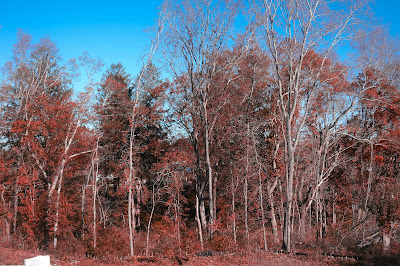 But perhaps the best technique for a more interesting fall picture is to include a colorful subject strategically placed according to the Rule of 3rds: 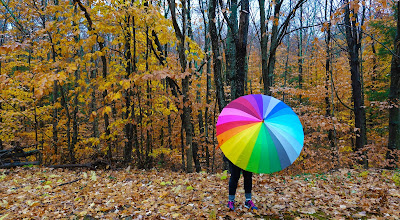 How do I make it better?  Reduce the shutter speed to 1/20th of a second and have your model spin the umbrella :-) 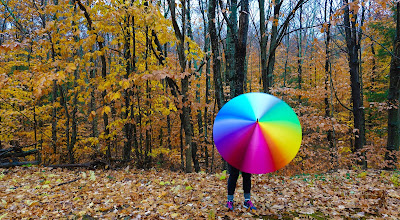 (Of course by this time it's no longer a photo of beautiful fall foliage...) 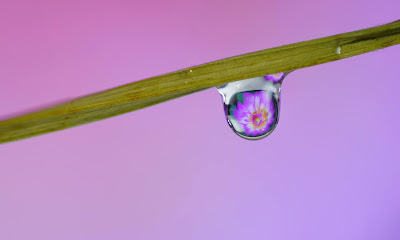 Think a shot like this is easy???  HA!!!  The next issue deals with circles and spheres - from extreme fisheye lenses to photos with crystal spheres to waterdrop photography.  Spoiler alert: the shot above took me days!!  I walk you through the sordid details.
Subscribe today!
Focus Stacking on a Sony?
Dear Gary,
I am the satisfied owner of every book you’ve written for the several Sony cameras I have bought.  I’m currently using the Sony a7iii.
For focus stacking, I am trying to use Sony’s desktop Image Remote software to step through manual focus planes.  It “works”, but I’m having many issues:  steps too small, steps too large, can’t focus at all.
Are you aware of any detailed book/blog/video that goes into this topic in some depth?
Thanks - Al Korenjak
===
Dear Al,
This is an important topic for me.  I do focus stacking whenever I shoot macro images, and sometimes when doing product photography, since often just stopping down is not enough (and if you stop down too far, you start to get diffraction fuzziness).  At times like these I really, really wish that Sony would copy a feature that some high-end Olympus cameras have: Built-in focus stacking, where you set the manual focusing and invoke the function.  The camera automatically takes a sequence of pictures, changing the focus distance a little each time, and then mergers the sharpest parts of each image in the camera.  If I were shooting for a catalog that feature would be a godsend.  And yes, Sony's remote control desktop software leaves a lot to be desired in terms of precision of manual focus position.
As it stands now, when shooting with Sony I have to perform the process manually: Turn the focus ring and take several shots, and then merge the sharpest parts in Photoshop.  But what if I could hook up a computer to the camera and have it do what Olympus does automatically?
So that gave me an idea - just last week Sony released a new Software Developer's Toolkit, giving programmers low-level access to the camera's settings and capabilities.  I just downloaded it (from here; it's free) and looked through the Application Programming Interface definition.  It looks like there is one object that controls focus - the CrDeviceProperty_NearFar method.  The documentation is not very thorough, so it's unclear to me just how fine a degree of control it gives you, but if it provides the necessary control, the dream of emulating the Olympus function can be attained.  It would require a programmer to create the computer's user interface, give the appropriate Sony-specific commands (sent through either USB or the Ethernet connector), and also automate Photoshop via the back end (that's right; Photoshop has an API also so you can control its features with your own software - no need to resort to macros.  Who knew?).
My programming days are over, but I know what needs to be done and could project manage this pretty easily.
So that's the best answer I can give you - probably not the answer you were looking for, but an answer that the world needs.  I might publish this topic on my blog; maybe it's a project that could be crowdsourced.
Sincerely, Gary
*** UPDATE *** It's been done!  The program is called B8Stack, you can download the windows version here and you can see a video walking you through how to use it here.
[Scholarly note: Olympus also offers another Über-useful feature when taking long exposures with the shutter speed set to "B": It will show you, in real time, the total light accumulated, allowing you to know what your final exposure would look like if you stopped it right now.  No more guesswork regarding how long to do a time exposure!!!]
My Quest for Immortality
I'm a science guy.  I was raised on it.  So every day over the past 18 months when I would read the news about people not taking the pandemic seriously, or making unsupported claims about how it affects pregnant women, or destroying a cell phone tower because they think 5G causes COVID (correlation implies causation, after all!), I get that facepalm feeling.
What better thing to do than take a picture of it?  I did and posted it. 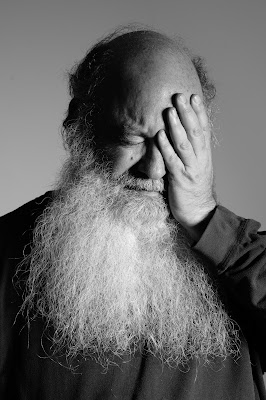 Almost immediately, a friend asked permission to use it as a Meme.  So I searched the web for the classic Meme font and sent him a 2-layer Photoshop file - here's everything he needs to modify it and post it.  (The top of the image was extended courtesy of Photoshop's Content-Aware Fill feature, which I rely on more than I care to admit): 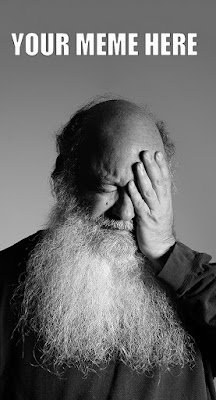 In the past, if you wanted to be immortal, someone either had to write a song about you (Ballad of Davy Crockett, The Wreck of the Edmund Fitzgerald, Joxer the Mighty) or write an epic poem (Casey at the Bat, The Rime of the Ancient Mariner).  Today, if your meme goes viral, then you can live forever.
So let's give that a shot.  Here's a link to download the file I sent to my friend.  Modify and use it to share your own facepalm moments.  All I ask is that you send me a copy of your finished product and send me a link where it was posted.  Have at it!
Next month: How to quickly find ideal portrait light wherever you are!
Until next time,
Yours Truly, Gary Friedman
at November 14, 2021