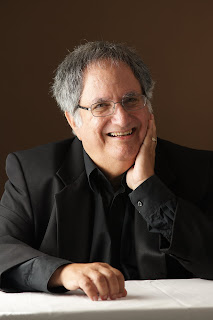 “Wow!  That camera of yours takes great pictures!” said Howard, after seeing the professional-quality portrait I had just taken of him using only one flash and 5 dollars worth of white cloth.  Of course he was kidding; he was making a reference to something I had said in Day 1 of the seminar, saying that if you ever want to get punched out by a photographer, just say to them “Wow, those are great pictures!  What kind of camera do you have?”
This was at the end of Day 2 of the Orlando seminar, just after everyone had gone home, and I had agreed to use the MacGyver-esque wireless flash technique I had demonstrated on Day 1 to take a high-quality portrait of a very special seminar attendee, Howard Herman, the guy who taught me to play Jazz piano in my youth, and still one of the best piano players in Florida.  Howard, of course, was the kind of person who always felt much more comfortable behind a keyboard than in front of a camera, and so the assignment had become a double challenge: Get the light right AND get the subject comfortable, relaxed and natural. 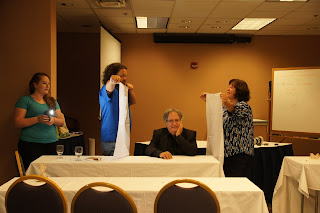 The lighting part was relatively straightforward (see photo above): I used one Minolta 5600 flash (seen being handheldheld on the left by Volunteer #1), and 1 piece of white cloth (being held by Volunteer #2) in front of it to act as a diffuser and soften the shadows.  Another piece of white cloth was held on the other side of the subject by Volunteer #3 (seen on the right); this reflected some of the light back to brighten the dark side of the face, yielding about a 1:2 (maybe 1:3) lighting ratio – a pleasing ratio for portraits.  No expensive studio equipment was used – I tried to get the point across in the seminar that you don’t need to spend a lot of money in order to get GREAT results using wireless flash.
The camera was the Sony A550 and I used the Minolta 80-200 f/2.8 G lens.  And for arrogance everything was set to AUTO mode.  The result you see at the top of this blog (click on it to see a larger version) was not post-processed at all – this is the .jpg taken directly from the camera.  I keep telling people that wireless flash is the best invention since sliced bread!
But how to get the subject comfortable?  After all, many a photographer had tried to do this before me, often taking an entire afternoon and hundreds of shots, all to no avail.  (See some previous head shots he had taken appear below). 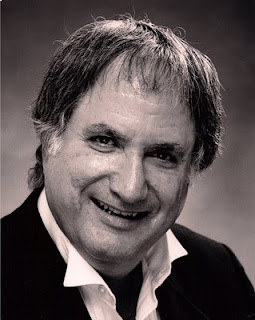 (Didn't take this one) 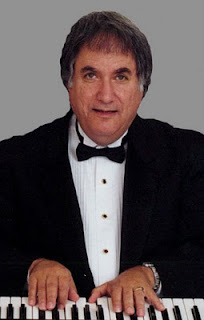 (Nor this one)
I used every trick I knew: I had him use the “Relaxed” Burt-Bachrach-type pose; I had him tell a joke, I ran back and forth periodically to provide feedback (show him what I was getting and telling him what I liked and didn’t like).  The trick was to try to get him to stop trying to pose for the camera and just pretend he was sitting there with friends.  Had this not been a conference center I probably would have given him some wine, put the camera down and just talk with him a bit to loosen him up a little more.
But it turns out that wine wasn’t necessary.  30 shots into the session, I got what I wanted.  He said that’s the best portrait anyone had ever taken of him in decades, and he couldn’t believe how quickly I was able to do it.  (And without a studio!)
More on how I set up the shot

Fortunately in the age of digital, setting up the lighting can be a trial-and-error process.  So the first thing I did was start with a flash and a white cloth: 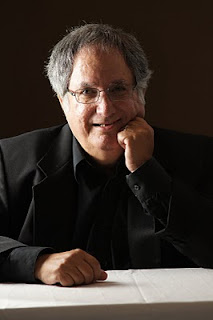 Not a bad start, but the dark side of the face is too dark, and the edge of the shadow was a little too harsh for what I wanted.  So I increased the distance between the flash and the diffuser (softening the shadow), and then asked his wife to hold up a 2nd white cloth on the other side of him to provide some fill light: 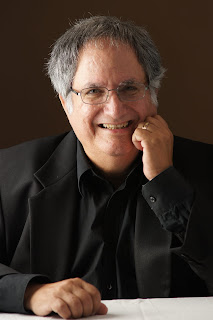 Much better!  Now to get Howard to appear natural and relaxed: 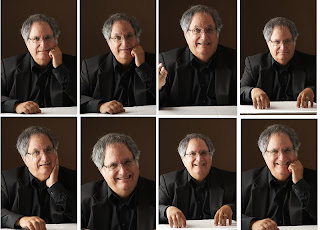