A Gift for My Wife

I took these profiles of the grandkids (at the top of this post) in secret as a surprise for my wife.  And I did it with just ONE unmodified wireless flash.  You can do this too.  How, you ask?

In the past, I would create this outline effect by using a single wireless flash placed behind the subject's head, with a homemade grid in front to control the light spill if I were shooting in a confined space.  But this time I used a plain flash with no light modifiers at all.  I just shot in an open room (no adjacent walls or furniture) and zoomed in to 200mm so I only captured the light around the subject.

The final image was a composite of 4 different shots (surely you didn't think I could get all 4 grandkids to hold still all at once, did you? :-) )  Below is a sample of one shot, right out of the camera:


That's pretty close to what I had in mind.  Then I went to photoshop and used the Curves tool to make everything black except for the white of the outline: 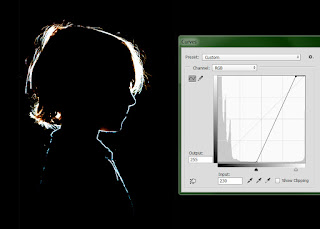 Then I combined four of these images into one, wide, really-expensive-to-enlarge image.

Of all the images I've taken of the kids, this composite probably has the most impact and will have a permanent place in our family's home.

Before I talk about the upcoming live seminars in Australia and New Zealand, let me share with you an excerpt from The Friedman Archives High-Impact Photography Seminars (which can now be purchased for streaming in the comfort of your home. :-) )  I talk about High Speed Sync in the next section, so it makes sense to understand the mechanics of it here:

The full, live, 2-day Friedman Archives Seminar event will be traveling to New Zealand and Australia very soon!  Have you signed up yet?  (Click on a link below for more details and to sign up.)

Can't make the event?  A condensed version of the seminars is now available!  Once you purchase it, you can access it forever, just like my ebooks.  You can even download the video files if you want to.

RX-100 IV and RX-10 II (they're essentially the same camera on the inside).  It's 612 pages because I had to explain all that 4K video and High Frame Rate video stuff without having your eyes glaze over.  (None of it is obvious!)

The ebook on the incredible Sony A7r II is in the works and I'm trying hard to have it done before the Australia and New Zealand seminars begin.  There's a lot of little details that have to be right.  Let me know if you'd like to be notified when it's ready!

Also in the pipeline, at long last, is the Spanish translation of the A6000 ebook.  Stay tuned!


f2 and Cameracraft are Merging! 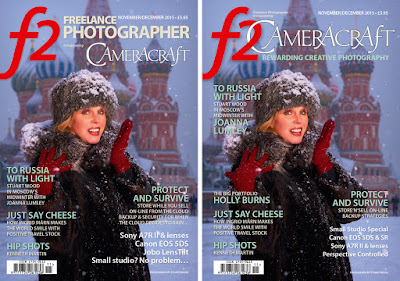 Wanna hear a funny story?  About three years after David Kilpatrick had sold off one of his magazine titles to another company, he finds himself in the position of managing the title again.  (It's a funny world.)  Since the demographic for both f2 Freelance Photographer and Cameracraft were very similar, it didn't make much sense to compete with himself like that.  And so, as of the current issue, f2 and Cameracraft magazines will be merging!

The magazine will be 6 times a year instead of 4, there will be more pages per issue and yes, there will be some ads.  I'll still be writing articles and curating content just like before.  The merged titles will still carry the kind of content that made Cameracraft famous - an emphasis on showing off noteworthy and inspiring photography, produced with the best print quality in the business.  Current subscribers will be transferred to the new title automatically - there's nothing you need to do.

If you would like to see a sample of what you've been missing these last few years, electronic versions of Cameracraft back issues are now available for 10 British Pounds.  Have a look here!

In the next issue: Fun with Green Screens. :-) 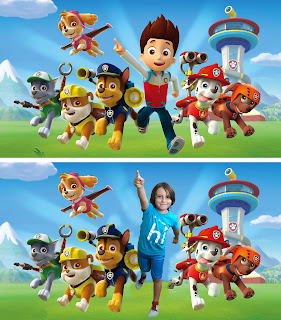 In last month's blog, where I talked about how I shot a star trails picture, I lamented about how it was almost impossible to compose and focus shots like this in the dark without an optical viewfinder.  IF ONLY I HAD FINISHED THE BOOK when I took that picture, I would have discovered a new feature that was put there by Sony to address this specific problem!

The feature is called "Bright Monitoring", and it can only be accessed by assigning it to a button first.  When enabled, the camera SLOWLY starts to oversample the Live View capture – very similar to what it does when Auto Slow Shutter is engaged in movie mode – in order to offer you a brighter view but at a slower refresh rate.  So don’t expect to be able to use this to capture the decisive moment, but it can be a life-saver when you’re trying to compose your time exposure shot in a very dark place.  (Too bad it doesn't also kick in with Manual Focus Assist! :-( )  It's available on the A7r II as well. 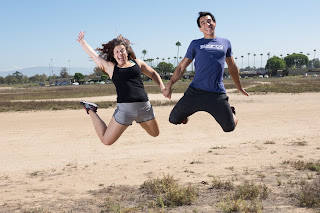 The RX-10 II has a hot shoe on top, which supports Sony's wireless flash.  Most cameras have what’s called a focal-plane shutter (meaning the shutter is literally right in front of the film or sensor), and the time it takes the shutter to clear the sensor all the way limits how fast you can shoot with a flash.  The upshot: Shooting with flash outdoors is difficult without overexposing your backgrounds.

When using an on-camera flash or a wireless flash protocol, the RX-10 II can let you shoot wide open at 1/1,600th of a second, giving you about a 3-stop advantage over a conventional camera.  Shooting with non-TTL "dumb" radio triggers?  The top speed there is 1/640th of a second – still an improvement on what a focal-plane shutter can do.

"So what?" I hear your say.  "My existing camera lets me shoot flash at 1/2000th or 1/4000th of a second!  What's the big deal?"  The big deal is in order for your camera to get such fast shutter speeds, it has to employ the High Speed Sync function, which reduces the flash's power tremendously in exchange for a fast shutter speed (as explained in the video a few paragraphs ago).  With the RX-10 II, the 1/1,600th of a second can be achieved using the flash's full output - no tradeoff necessary!  Now you can shoot with flash outdoors on a bright day, use a diffuser and STILL keep your flash at a decent distance from your subject for more even illumination!

Better Than You Expect

The RX-100 series of cameras are already my most-used camera for my personal life, and the RX-10 II might just be the best general purpose just-one-camera-for-your-vacation camera I've ever used.

But what about enlargements?  During our last vacation, I took the kind of shot that is usually reserved for my high-end full-frame cameras.  Can't see a difference in these 24" x 36" enlargements.  The RX-10 II in particular is so good that dpreview just gave it a Gold award.  How often does that happen?  So feel free to help spread the word that a great book about this under-appreciated camera now exists. :-) 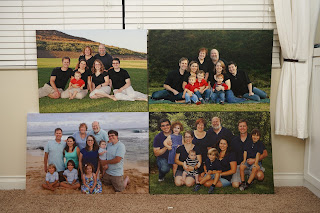 On the evening of September 27th, the entire internet was filled with people's pictures of the "Total Lunar Eclipse of a Supermoon" (or so everyone was fond of saying).  I'm sure you've seen your share of pictures by now.  I was out taking them too, using my A7r II and an old 1,000mm mirror telescope I had attached using various adapters.

My challenge (as it always is) was to see if I could do something different from what everyone else was doing.  And I got lucky, as my telescope was prone to flare, and there was a street light nearby.  I positioned the telescope so the street light was shining right into it, using the flare as a part of the composition.  Judging by the number of likes this image got on Facebook, it seems I got the different shot I sought . 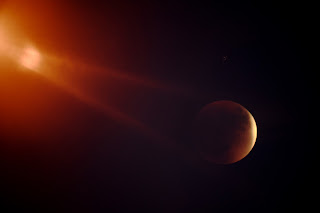 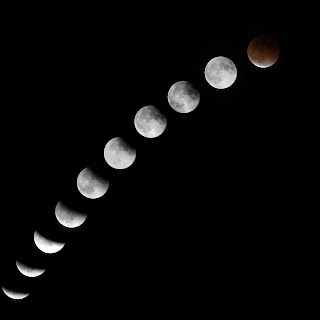 Until next time..
Yours Truly, Gary Friedman