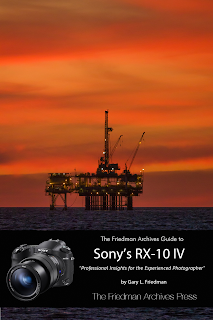 RX-10 II
Time passed. When it came time to write a book on the RX-100 IV, the RX-10 II was available also, and I decided to write the book about both cameras since the two were basically the same: Same sensor, same CPU and compute engine, extremely similar menu structure… it would only be 20% more work.  I took both cameras with me on a family vacation to Hawaii, which stressed me out a little.


"But it's a small sensor camera!" I kept saying to myself.  "It'll be noisy at high ISO!  I won't be able to make bus-sized enlargements!!  I should be taking my full frame gear too in case I come across some scenics I could sell for stock!"  But I reluctantly left my high-end gear at home, taking just two "low-end" cameras with me to document the vast beauty and time with the kids.  Negative attitude in hand, I embarked on the trip.

Six weeks later, I hung some giant enlargements from that trip on the wall.  I discovered that even when scrutinized, it was impossible to tell that the enlargement was made with a small-sensor camera.  Not only that, but both the first AND the last row in my group shots were in focus. :-)  The cameras performed everything I asked of them stellarly, even my first attempts ever at shooting star trails.  And, I had experienced the joy of traveling light without the burden of schlepping extra lenses.

Although I hadn't expected it, I was falling in love with the RX-10 II.

I took it to concerts, where the fast constant f/2.8 lens and completely silent operation allowed me to be unobtrusive and still get in close.  I used it to cover political rallys where the images were submitted to stock sites with exacting standards of quality.  No matter what I asked of the camera, it delivered.

My true "Aha!" moment came to me last year, when I took some comparison shots of a close, highly-detailed subject with my high-end, full-frame equipment and my small sensor cameras.  I would create poster-sized enlargements from each camera, and asked attendees of my photography seminars if they could tell which camera took which image.  None could, and of those who guessed right, it was for the wrong reasons.

I had my epiphany.  And I've blogged about it here and here and here and here.  Today's cameras have improved so much that the high-megapixel, full-frame bodies are simply overkill for a population that hardly prints anymore, much less makes enlargements.  And when the light is good (as it should be if you want to impress your viewers or sell your images), these new small-sensor wonders are way more than good enough.  To use an automobile analogy, if the Nikon D5 / Canon EOS-1D X II / Sony A9 cameras were a Porsche, the RX-10 IV would be the super-charged Subaru WRX.

I'm not the only one who thinks so.  Professional photographer (and perpetual blogger) Kirk Tuck has made this realization too, and uses small sensor cameras almost exclusively now for his commercial and theatrical work.  Some of his more amusing rants on the subject can be found below:


A quote from that last post: "A person walking around town with a D850 and a 70-200mm f2.8 draped over one shoulder with a Black Vapid camera strap is akin to a person walking around in a velour jogging suit, complete with gold neck chains. Or driving around in a Pontiac Firebird. It's just passé. And not very practical. And not a particularly effective methodology if your real intention is to enjoy the process of making photographs and getting great images.We find ourselves in a situation where progress has made most cameras, of all different formats, equally good, and certainly sufficient, for 99% of the uses for which people undertake. People are using one inch superzoom cameras to do work that used to be the territory of film Hasselblads and then full frame digital cameras. The targets for the images overall are different than they were in the past. The culture has changed. The obsession for horsepower has dissipated."

(Tell us what you really think, Kirk!) 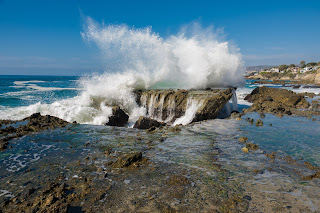 RX-10 III
When the RX-10 III came out, with its massively impressive 24-600mm lens, I dismissed it without even looking at it.  "Contrast detect AF won't cut it at 600mm unless your light is really good.  This camera is inherently flawed.  I'm not going to bother."  And I didn't.

RX-10 IV
Fast forward to today.  Apparently Sony heard me, for they developed a new 1"-type sensor that had the same kind of baked-in autofocus points that have rocketed their mirrorless cameras to worldwide accolades.  When it first appeared in the RX-100 V, I blogged that this was overkill and that sensor must have been designed for the RX-10 III's successor.  I was right.


So imagine my delight when Sony announced the RX-10 IV, a camera spec'd similarly to the stellar A9  (20 mp vs. 24; 25 fps vs. 20) with the same ability to focus-track moving objects for just $1700 – about one quarter the price of the A9 with the 100-400mm lens.   Everyone who ever shoots sports teams will want one.  This will become as ubiquitous as the RX-100 has become among serious shooters of all camera brands.

But the day the camera arrived, I discovered one hugely disappointing thing.  (Continued after some announcements below) 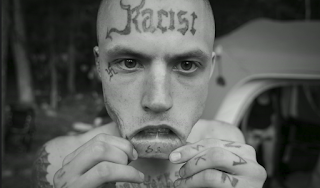 Many people may have heard of U.S. white supremacist groups like the Ku Klux Klan, and the Westboro Baptist Church, but few know much about them and even fewer have any means of experiencing life as a member.  Since 2005, Anthony Karen has been spending countless hours with these groups, documenting their lifestyle and culture so that the rest of us can observe vicariously through his work.  He has documented cross lightings, blood oath rituals, pro-white civil rights rallys, naturalization ceremonies, and the homes of Imperial Wizards.   He’s spent time with white nationalists who perpetuate Nazi symbolism and values, and introduces us to Skinbyrds (female skinheads).

How does he gain access to such closed communities?  What does he do to earn their trust, and how do the parties feel about having a photographer document them?  How does he remain neutral?  In the upcoming issue I spend time with award-winning photographer Anthony Karen and get to the story behind these powerful images.

Subscribe to Cameracraft today to get the full scoop! 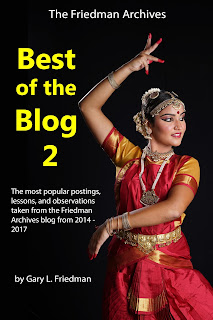 The first edition of “Best of the Blog” was a hit, and well, gosh darn it, I keep writing this stuff.  And so I’ve assembled a new edition of the “Best of the Blog”, this time also containing my best contributions to Cameracraft magazine (for those few holdouts who haven’t yet subscribed – you know who you are. :-) )

Yes, most of this stuff is available for free online if you scavenge for it, but for USD $9.95 you get a hand-curated collection of my best material, without all of those annoying announcements of new books or upcoming seminars.  Well worth it!

BUT WAIT!  I’m giving away this full-color .pdf file for FREE to all new and current subscribers to Cameracraft magazine.  Just email me your purchase receipt and I'll send you a download link.  Such a deal!

(Want to buy the book without subscribing?  You can get it in .pdf format, or in printed form in Color or B&W.)

2018 is looking to be a busy year already, based on the number of photo clubs that responded to my offer of “I’ll speak to your photo club for FREE, anywhere in the world!  (Ask me how!)” from last month’s blog.  More on that in January when plans solidify.  (And there's still time to contact me.)

In the meantime, in the entire month of December I’m offering the Streaming Version of the Friedman Archives High-Impact Photography Seminars at 10% off!  Just enter discount code yourbestshot2017 when checking out, and you can watch all the content as much as you want, forever.  Many have lauded the seminars as a fresh and different approach that cuts through the ever-increasing complexity of today’s cameras and teaches the essential ingredients to getting a “Wow!” image – no matter what kind of camera you have.

When the RX-10 IV arrived, I was hugely disappointed by one missing capability.  It doesn't allow you to zoom in or out while you're shooting continuously – an essential feature when you're photographing runners or skiers coming toward the camera.  (None of the other RX cameras can either, but none of them were born for shooting sports like the Mark IV otherwise was.)

Is this a big deal?  That depends on whether you plan on shooting things that come toward you or not.  If not, this will be just as capable as an A9 and provide just-as-publishable shots.  But it's a limitation you should know about.

(Interestingly, the camera CAN zoom while shooting and autofocusing when shooting 4K video.  Freeze frames from 4K are perfectly publishable at 12.8" x 7.2" @ 300 dpi.  So that's a possible work-around.)

In all other respects, the RX-10 IV is like a Swiss-army-knife  – small and light enough to always be with you, versatile enough to do just about anything you require of it, with image quality that's visibly indistinguishable from higher-end cameras when printed. It is probably the best travel camera ever made, and no longer will I lament leaving my larger cameras (and backpack full of lenses) at home when I'm traveling.

This modern era has brought us incredible feats of engineering – the internet, the smartphone, Saran wrap, and now a camera that can do everything and yet doesn't weigh you down.


So, if you are or are about to be a member of the amazing RX-10 IV club, then you’ll be delighted to know that my ebook on said camera is now out.  Order yours now!