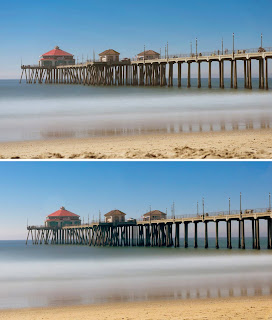 During my first trip to Iceland, I was frustrated because I didn't own any Neutral Density Filters.  A Neutral Density filter is a fancy name for "dark grey glass", whose sole purpose is to let in less light.  If you let in less light, you can then use longer exposures, which can allow you to take dream-like wispier waterfalls or clouds.  The densest of neutral density filters can also be used to empty a building via a 4-hour exposure.  In situations like these, anything that stays still during those 4 hours will be rendered in the image, but anything that moves will be "averaged away" and become invisible.  Architectural photographers use this technique a lot.


We'll be returning to Iceland in a couple of days, and this time I'm better prepared.  I bought myself a neutral density filter kit comprised of a 6-stop, a 10-stop, a circular polarizer, and a graduated ND filter designed to darken just the sky for landscapes.  All are square in shape so they (well, the graduated ND filter) can be shifted up and down to match where the horizon is in the composition.

Since ND filters can be a pain to set up and since the case and the holder take a up a lot of space in my camera bag, I got to wondering if some of the innovative features of more modern cameras might be able to offer something comparable (or, if not comparable, at least significantly more convenient). 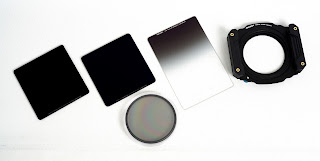 One way to simulate a long exposure with a Neutral Density filter is to take several shorter exposures and merge them together in Photoshop.  Many modern cameras offer the ability to do this for you, all in-camera.  Fujifilm cameras have a feature called Multiple Exposure and it's found on the drive dial or on the drive menu.  (Fuji's are always so straightforward.)  Olympus, being the opposite of straightforward, offers THREE different ways to overlay images in the E-M1 II: Multiple Exposures, Image Overlay, and Combine Multiple Exposures with Image Overlay.  (Section 7.4 of the E-M1 II book.)

Sony offers a Multi-Frame Noise Reduction feature on some cameras which does this very thing, plus they also offer an Über-version of that in one of their downloadable apps called Smooth Reflection.  With your camera on a tripod, it will take about 30-ish exposures, each around 10 seconds each (depending on ambient conditions and camera settings), and then will merge all of these into one image in-camera.  Anything that moves will appear blurry; noise gets averaged away and your dynamic range is extended a little bit.  Most surprising to me is that this app also produces a RAW file of the merged image, something Sony doesn't usually do if there is any amount of in-camera processing involved.

So I decided to pit this method against the ND option to see if either the results or the convenience were comparable.  For this comparison I dug out my Sony A7R II, which has the ability to download the Smooth Reflection app.  (Oddly the camera's successor, the A7R III, lacks the ability to work with apps.)

Here are the two .jpgs straight from the camera:


And here they are again, after a little bit of photshopping to adjust the contrast and bump up the vibrance to make them look more similar and a bit more palatable):

Is one clearly better than another?  Other than the fact that the photo taken via the app shows some banding in the sky (a result of too much manipulation - and I started from a raw file!), I'd say it's enough of a draw that it doesn't much matter.  The image taken with 2 filters (10-stop and 6-stop stacked together) had some dust on them resulting in some bright spots I had to remove in post.  On the other hand, this is the best that the App was able to do, while I still had an unused graduated neutral density filter and a polarizer I could have added to the stack as well (although that almost would certainly have resulted in a less sharp picture).

Let's see what I end up using on the trip - sometimes when it suddenly starts to hail without warning you decide to use the fastest method (the app) in a real hurry!

P.S. - Sony offers another app called the Digital Filter which tries to also add the effect of a colored graduated neutral density filter to darken the sky.  While it's a clever app, I found it very non-intuitive to use and too difficult to configure out in the field.

Kindle and other e-reader versions of the A7R III ebook are OUT!  If you purchased from my website, you've already been notified.

Kindle and other e-reader versions of the RX-10 IV ebook are almost done, and you'll be notified of these as well!

I'm currently in the process of signing up a new writer to cover the Panasonic line, starting with the new Lumix G9.  If you or anyone else you know would be interested in such a book, please have them contact me at gary @ friedman archives dot com.

I'll also have more details on the upcoming seminars when I return from travel, including a brand new event concentrating just on how to achieve "Wow!"-inspiring portraits which will occur in July in Orange County, California.  Stay tuned!

In the next issue I become self-absorbed once again as I recall my 1994 trip to Nepal, where I trekked up and down the Himalayas, visiting villages that can only be reached by foot, using cameras that could work in cold weather without batteries.  (Guess which one I brought?) 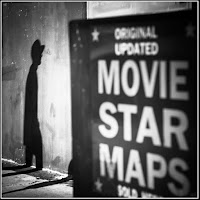 I also interview fine art photographer Safi Alia Shabaik.  Not just another NY and LA street photographer, but also one who probes deeper into issues like identity and role playing in urban sub-cultures.  (She does this while she's not working production for Hollywood blockbusters, Grace Jones, or Ricky Martin.  :-)  )

Subscribe to one of the most unique and best-quality photo magazines available today!


I leave you now with a slow-motion video I shot using Sony's High Frame Rate (HFR) feature, demonstrating how the wireless flashes actually communicate with each other immediately before and during an exposure.  This normally happens within a blink of an eye, so watch it now and be impressed.


(Not sure what this represents?  The flash atop the camera and the off-camera flash communicate via wide and narrow pulses of light (ones and zeros) telling the off-camera flash exactly how much light you should put out for the given ISO, f/stop, and reflectivity of your subject.  No more test shots or measuring camera-to-subject distances or handheld flash exposure meters or compensating for filers!  Read the chapter on wireless flash in the book you bought from me for more details.)