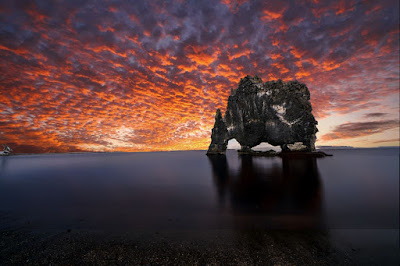 There is intense competition for eyeballs on the internet.  This has led to an almost Darwinian-level pressure on photographers to up their game and produce über-processed images that never, ever have actually occurred in nature.  It may draw the desired attention, but at what point does it go too far?

I've been struggling with this issue for decades, ever since Photoshop was invented; ever since I patented a digital camera whose output could be authenticated as not having been manipulated by computer.  In the old days if you wanted an image that stood apart from the competition you sought out great light.  Today if your light isn't great it is perfectly acceptable to do some basic manipulation on your computer, like bumping up your contrast or making the sky a little more dramatic - you know, things that would be considered normal to do in a darkroom.


So where on the continuum does "too much manipulation" cross the line?  In the past I've stopped at things like adding rainbows or changing the sky or doing anything that you would not have seen had you witnessed it yourself.  (With this image being the sole exception.)  On the other hand, this was a working trip to Iceland where the light was overall pretty horrible and I needed to come back with some licensable images.

Armed with the realization that nobody cares about ethics anymore, I downloaded a program called LandscapePro and was able to tweak the image at the top of this post in just 10 minutes (which included the time it took to learn the software!).  The program even allows a reflection from the new sky to appear in any water below the horizon in the composition.  Never in the history of the world has it been so easy to make an image look Photoshopped.

So now a new dilemma:  Should I start selling fake images like these on the FriedmanArchives.com website?  Is the market for honest photography on its way out?

Thoughts about this subject are welcome in the comments.  In the meantime, here are more images from last month's trip to Iceland.  (Oh, and I'll answer last month's question about filters vs. in-camera apps below after a few announcements.) 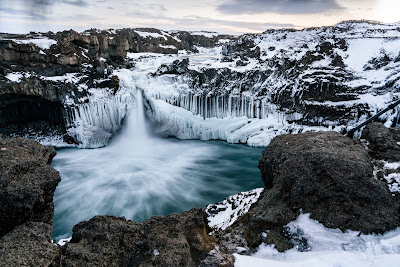 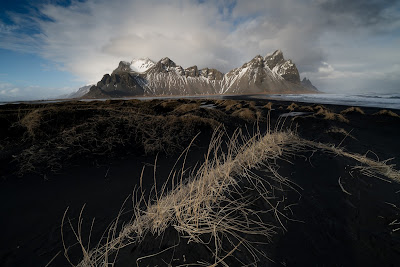 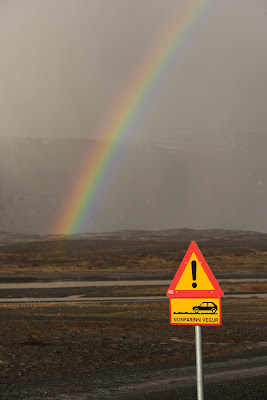 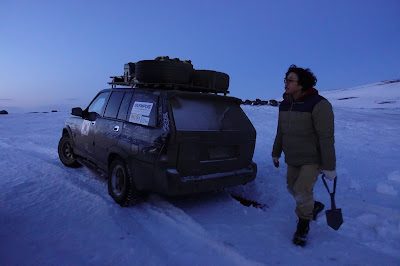 In addition to the live seminars listed below, we are also working on a brand new one-day event revealing the secrets of great portrait photography, which I'll be conducting along with master portrait photographer Brian Ramage.  Email me (Gary at Friedman Archives dot com) for more information on this or any of the events below!

In the Pipeline
Let me know if you'd like to be notified when these titles are ready.
Looking for 20 Volunteers to test...
I'm experimenting with a new ebook aimed at people who tweet, and I'm looking for feedback from beta testers to make sure my message is on-point.  If you know of someone in that demographic who wants to learn some photographic secrets, please have them get in touch with me at @GaryLFriedman for a free evaluation copy.

ND Filter vs. In-Camera App
Last month's blog post ended in a kind of cliff-hanger, in that I had tested out two methods of achieving wispy renderings of moving objects in long exposures, and it ultimately ended in a draw - one was not clearly superior to the other.  So which method did I end up using?

Okay, that was a trick question, since anyone who's ever shot in freezing 80mph winds and pelting hail knows the answer: the sheer convenience and fast set-up of the in-camera app quickly won out.  Plus, the app nailed the exposure on the first try, whereas the filter method always had to be tweaked after evaluating the first exposure.  Finally, there was the allure of the occasional panorama shot (another feature omitted from newer, high-end cameras) which made the A7R II my primary camera, with the more weather-sealed A7R III getting relegated to backup camera status (*).  Weather sealing or not, both cameras worked flawlessly in what have to be described as difficult conditions.